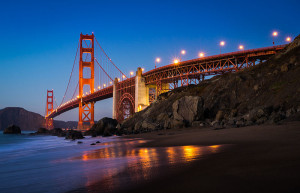 Since main points are discrete and interconnected ideas, and since every speech contains more than one main point, it is necessary to strategically make connections between one point and another. To link the ideas of your speech, you will need to develop signposts, “words and gestures that allow you to move smoothly from one idea to the next throughout your speech, showing relationships between ideas and emphasizing important points.”[1] There are several ways to incorporate signposts into your speech, and it is important to do so since these small signals keep listeners engaged and informed about where you are in the speech. Transitional statements, internal previews, and summaries are all signposts that can help keep your speech moving along.

If you cry ‘forward’, you must without fail make plain in what direction to go. ~ Anton Chekhov

To Show Similarity Between Points:

To Show Difference Between Points:

One way to connect points is to include transitional statements. Transitional statements are phrases or sentences that lead from one distinct- but-connected idea to another. They are used to alert audiences to the fact that you are getting ready to discuss something else. When moving from one point to another, your transition may just be a word or short phrase. For instance, you might say “next,” “also,” or “moreover.” You can also enumerate your speech points and signal transitions by starting each point with “First,” “Second,” “Third,” et cetera. The textbox above offers a short list of transitional statements that are helpful when you need to show similarity or difference between the points. You might also incorporate non-verbal transitions, such as brief pauses or a movement across the stage. Pausing to look at your audience, stepping out from behind a podium, or even raising or lowering the rate of your voice can signal to audience members that you are transitioning. 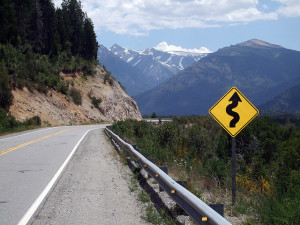 When speeches are longer than a few minutes and include complex ideas and information, speakers often include summaries within the body of their speech. Summaries provide a recap of what has already been said, making it more likely that audiences will remember the points that they hear again. Additionally, summaries can be combined with internal previews to alert audience members that the next point builds on those that they have already heard.

The speaker below has just finished discussing several reasons trout habitats need federal protection, and next he will discuss some ways that audience members can agitate for government action on these issues. His combined internal preview and summary would look something like this:

So, in review, trout habitats need federal protection because they bear a large pollution burden, they mostly exist on private property, and they are indicators of other environmental health issues. Next, I will discuss some ways that you can encourage the federal government to protect these habitats.

Good communication does not mean that you have to speak in perfectly formed sentences and paragraphs. It isn’t about slickness. Simple and clear go a long way. ~ John Kotter