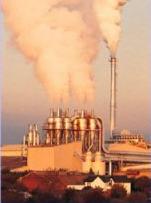 Some persuasive speeches attempt to influence or reinforce particular beliefs, attitudes, or values. In these speeches, called speeches to convince, the speaker seeks to establish agreement about a particular topic. For instance, a climatologist who believes that global warming is caused by human behavior might try to convince an audience of government officials to adopt this belief. She might end her speech by saying, “In recent years, humans have been producing machines that expel CO2 either in their production, their consumption, or in both. At the same time, the level of CO2 in the atmosphere increased dramatically. The connection is clear to many of us that humans have caused this damage and that it is up to us to similarly intervene.” Throughout her speech, the scientist would likely recite a number of statistics linking human productivity with global warming in her effort to convince the government officials that both the causes and solutions to the climatic changes were a distinctly human problem.

Other times, persuasive speeches attempt to influence or reinforce actions. Speeches to actuate are designed to motivate particular behaviors. Think of a time when you found yourself up at 2 a.m. watching infomercials. Someone on the television screen was trying very hard to sell you a $20 spatula that morphed into a spoon with the click of a button. The salesperson described its utility and innovation for your kitchen, and he described why it would be a good purchase for you—after all, how does a busy person like you have time to use two different utensils? “But wait,” he would say, “there’s more!” In case he had not already convinced you that you needed this kitchen tool, he ended his spiel with a final plea—an extra Spoonatula for free. In this infomercial, the salesperson attempted to convince you that you needed to buy the kitchen tool—it will save you time and money. Thus, not only was the commercial an attempt to convince you to change how you felt about spoons and spatulas, but also an effort to incite you to action—to actually purchase the Spoonatula. This illustrates a function of persuasive speeches, to motivate behavior.