“Why Aren’t Governments as Transparent as They Could Be?” by Ryan Thornburg 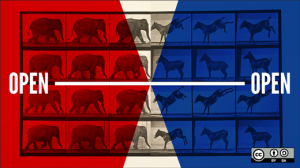 In the quarter century since its creation, the Web has been a printing press and broadcast studio for millions of people whose voices would otherwise have been heard by only a few close friends. It opened a whole new world of sharing, and today nearly three-quarters of all Americans say digital technologies have improved their ability to share their ideas and creations with others, according to a 2014 survey by the Pew Research Center.

That means most of us are opening to the public minute details of our lives—where we eat, who we love, and how we spend money—all out in the open for others to see.

All this new sharing has been driven by the open standards of the Web, but also by commercial interests such as Facebook and Google. The data that these new publishing and aggregation platforms collect and organize about their users is their primary tool for driving revenue from advertisers who are eager to get the right messages to the right people at the right times.

In addition to all the public sharing we’re doing, we’re also giving companies data that most of us would probably rather not be public—credit card and Social Security numbers, passwords, driving habits, impolitic emails, and nude photos.

We open our private lives to these companies usually with explicit, though uninformed, consent. A computer science professor at Carnegie Mellon recently reported that it would take the average person about 250 hours to read all the privacy policies of the websites he or she visits in a year. We so badly want those companies to help us make public our ideas and creations that we blindly trust them to keep all that other stuff private.

But that trove of data is a rich target for hackers, spies, and detectives alike. With Apple, Sony, Ebay, Snapchat, Home Depot, Target, and JPMorgan Chase all infiltrated in the last year, is it possible that an American doesn’t do business with a company that’s been hacked? Add in the National Security Agency’s collection of millions of phone records and the interest that law enforcement at all levels has in social media data and you’ve got a recipe for a lot of unintended disclosure of stuff you might want to keep to yourself.

We are living in a time of radical openness—not of our governments, but of ourselves.

As we willingly open more of our lives to the public, government agencies are increasing their surveillance of us and also failing for the most part to take full advantage of digital technologies’ ability to make public life more accessible and our public officials more accountable.

In the wake of last year’s broad debate about police conduct, body cameras are flying off the shelves like iPhones. Iowa is considering legislation that would require all law enforcement officers to wear them, but one version would keep those videos private unless everyone captured by the cameras consented to its release. And in Minnesota, the head of a state police association said that public access to body camera videos “really serves no public purpose.” In other words, police would be able to use the video to defend their actions, but nobody else would be allowed to use the videos to defend theirs.

As our governments’ powers of surveillance and their ability to be transparent are both increasing dramatically, we’re giving them the former without demanding the latter. I can’t think of anything more un-American and infantilizing than this kind of deference to government.

Sadly, it’s not just new technologies that are eroding open government principles. New government laws, policies, and practices at all levels are going into place to further shield the government’s digital records from public scrutiny. In Washington, the state agency that monitors and publishes the campaign finance reports of lobbyists and political candidates is facing budget cuts, even as the rest of the state government spending grows 15% in the governor’s proposed budget. In North Carolina last year, the governor tried to implement a new “special services fee” for records requests that take longer than 30 minutes. At the federal level, an Associated Press analysis last year showed that the government denied public records requests because of national security concerns a record 8,496 times—up 57 percent from the prior year, even while the number of records requests increased only 8 percent.

Some government agencies see this growing demand for public data as a revenue opportunity. In North Carolina, I filed an amicus brief this year in a state Supreme Court case that I hope will stop the Administrative Office of the Courts from wholesaling its raw feed to data retailers.

Public data is certainly big money for some vendors as well. One company that provides records management systems to law enforcement, Public Engines, enters into contracts in which it attempts to claim proprietary rights to the data. Public Engines has gone so far as to help police deny records requests and sue people who scrape the public data off their sites in order to protect their millions of dollars of investment in the platform. And more than one salesperson for other data vendors has told me of meetings in which government officials have asked how they can use technology to give the illusion of transparency without making the data as useful as possible.

As citizens, it’s tough to argue that we’re always using open government laws the way they were intended—to hold government accountable. Instead, we often use them to shame or threaten other citizens. The 2014 midterms saw Democrats in North Carolina and Republicans in Alaska and Colorado send mail to potential voters reminding them that public records would let their neighbors and party leaders know whether they showed up to vote. Those shaming tactics change behavior too, according to a field study done by Microsoft Research and a University of Michigan professor.

While it would be hard to argue that the Internet hasn’t made governments at all levels more open, they clearly are not as open as they could be, nor are they as transparent as its citizens are. In a democracy, that’s an odd paradox.

If radical transparency is good for each of us, why don’t we demand it of government?

Plenty of people do, but one of the other paradoxes of open government is that the same platforms that promote our self-disclosure have also siphoned away advertising revenue from newspapers and local television stations that have been over the last century the most powerful and consistent advocates for open government. Journalist numbers are dwindling and their companies’ investments inlegal fees that can range from $10,000 to $100,000 to pursue a government agency that shuns transparency.

Citizens can help in this effort by using sites like muckrock.com or open-nc.org to share public data they’ve requested. Or, maybe the next time you open up your life on social media, you’ll use the #opengov or #foia hashtags to share how you help keep the spirit of open government alive as well.