Minerals are everywhere! Figure below shows some common household items and the minerals used to make them. The salt you sprinkle on food is the mineral halite. Silver in jewelry is also a mineral. Baseball bats and bicycle frames both contain minerals. Although glass is not a mineral, it is produced from the mineral quartz. Scientists have identified more than 4,000 minerals in Earth’s crust. A few are common, but many are uncommon. 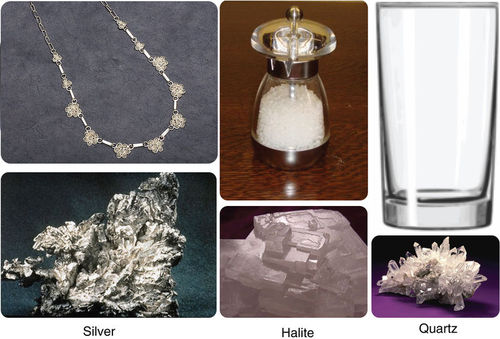 Silver and halite are minerals; the mineral quartz is used to make glass.

Geologists have a very specific definition for minerals. A material is characterized as a mineral if it meets all of the following traits. A mineral is an inorganic, crystalline solid. A mineral is formed through natural processes and has a definite chemical composition. Minerals can be identified by their characteristic physical properties such as crystalline structure, hardness, density, flammability, and color.

Minerals are crystalline solids. A crystal is a solid in which the atoms are arranged in a regular, repeating pattern (Figure below). The pattern of atoms in different samples of the same mineral is the same. Is glass a mineral? Without a crystalline structure, even natural glass is not a mineral. 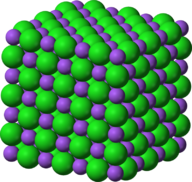 Sodium ions (purple balls) bond with chloride ions (green balls) to make table salt (halite). All of the grains of salt that are in a salt shaker have this crystalline structure.

All minerals have a specific chemical composition. The mineral silver is made up of only silver atoms and diamond is made only of carbon atoms, but most minerals are made up of chemical compounds. Each mineral has its own chemical formula. Halite, pictured in the Figure above, is NaCl (sodium chloride). Quartz is always made of two oxygen atoms bonded to a silicon atom, SiO2. If a mineral contains any other elements in its crystal structure, it’s not quartz.

A hard mineral containing covalently bonded carbon is diamond, but a softer mineral that also contains calcium and oxygen along with carbon is calcite (Figure below). 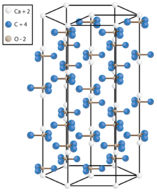 The basic building block for all silicate minerals is the silica tetrahedron, which is illustrated in Figure below. To create the wide variety of silicate minerals, this pyramid-shaped structure is often bound to other elements, such as calcium, iron, and magnesium. 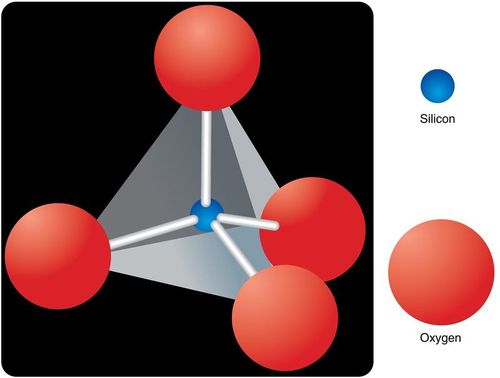 The basic carbonate structure is one carbon atom bonded to three oxygen atoms. Carbonates include other elements, such as calcium, iron, and copper. Calcite (CaCO3) is the most common carbonate mineral (Figure below). 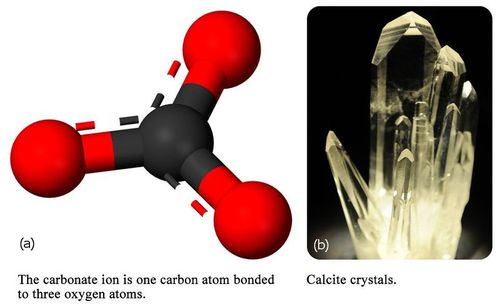 Azurite and malachite, shown in the Figure below, are carbonates that contain copper instead of calcium.

Halide minerals are salts that form when salt water evaporates. Halite is a halide mineral, but table salt is not the only halide. The chemical elements known as the halogens (fluorine, chlorine, bromine, or iodine) bond with various metallic atoms to make halide minerals (see Figure below). 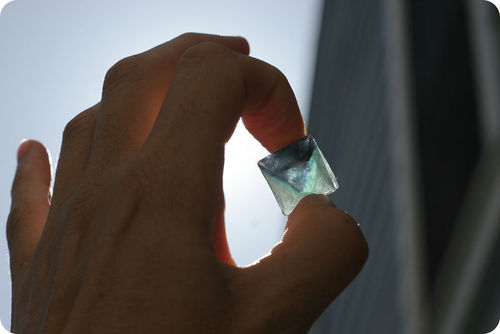 Oxides contain one or two metal elements combined with oxygen. Many important metals are found as oxides. Hematite (Fe2O3), with two iron atoms to three oxygen atoms, and magnetite (Fe3O4) (Figure below), with three iron atoms to four oxygen atoms, are both iron oxides. 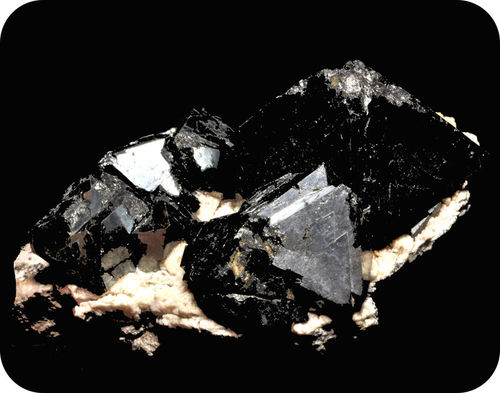 Phosphate minerals are similar in atomic structure to the silicate minerals. In the phosphates, phosphorus, arsenic, or vanadium bond to oxygen to form a tetrahedra. There are many different minerals in the phosphate group, but most are rare (Figure below). 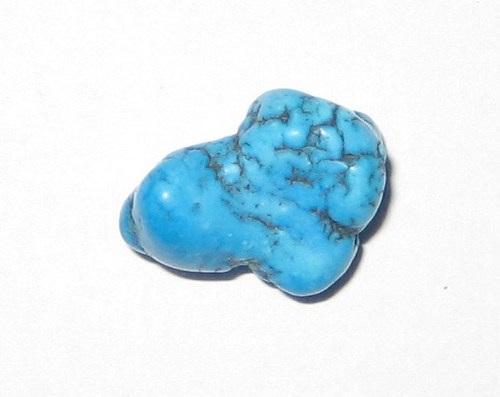 Gypsum is a common sulfate with a variety of appearances (Figure below). Some gigantic 11-meter gypsum crystals have been found. That is about as long as a school bus!