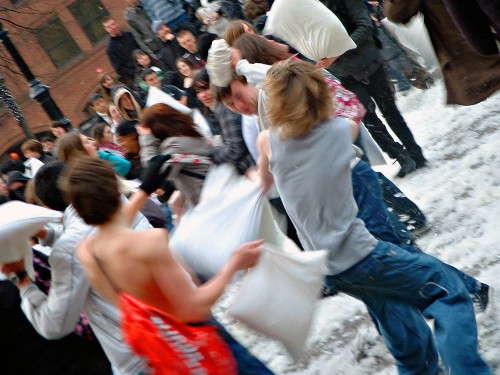 Is this a good time had by all? Some flash mobs may function as political protests, while others are for fun. This flash mob pillow fight’s purpose was to entertain. (Photo courtesy of Mattwi1S0n:/flickr) 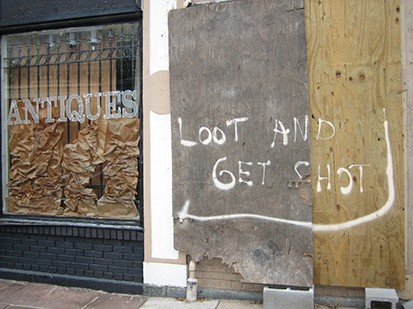 According to the emergent-norm perspective, Hurricane Katrina victims sought needed supplies for survival, but to outsiders their behavior would normally be seen as looting. (Photo courtesy of Infrogmation/Wikimedia Commons) 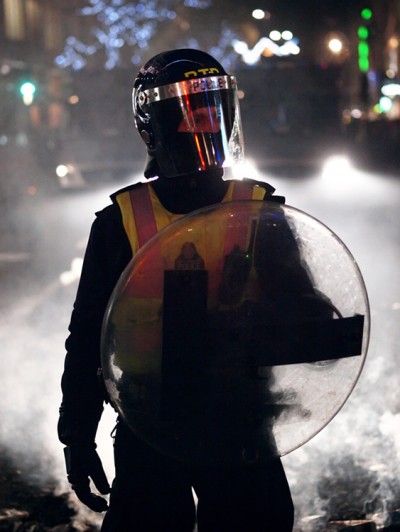 conventional crowds
people who come together for a regularly scheduled event

mass
a relatively large group with a common interest, even if they may not be in close proximity