A Short History of the Early American Novel

While most historians of the modern novel trace its beginnings to Cervantes’s Don Quixote (1605, 1616) and its English-language origins are often located in Daniel Defoe’s Robinson Crusoe (1719), the novel did not truly emerge in the United States until the end of the eighteenth century. Critics and historians have offered several reasons for this delay, citing a continuing Puritan distrust of fictional representations, a relative lack of leisure time, and, relatedly, the lack of a large, concentrated group of middle-class readers with substantial enough wealth and time to pursue the genre. Most accounts of the development of the novel, such as Ian Watt’s The Rise of the Novel, Michael 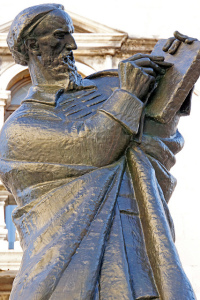 McKeon’s The Origins of the English Novel (on England), M. M. Bakhtin’s various writings, and Georg Lukács’s Theory of the Novel (focusing more on the European continent), describe the genre as arising with a number of socioeconomic, religious, cultural, and philosophical factors. In particular, they point to the birth of the middle-class, with its emphasis on social fluidity and individual self-determination; the Protestant Reformation and its appeal to individual interpretation of texts; and the development of scientific and philosophical empiricism with its focus on specific sensual details of life as the ultimate source of knowledge.

From these different factors emerge the novel’s distinctive break from earlier long narrative forms such as the epic—its emphasis on everyday people, living their lives in familiar places according to a realistic time frame; its narratives of personal psychological, economic, and social struggle and development; and its close attention to the details of everyday life, including the objects purveyed through the rising commodity culture of which the novel itself was a part. Among other things that set the novel apart from preceding literary forms—perhaps most important, unlike poetry and drama, it was never an oral or performative form—was the fact that from its inception it was a commodity, a work produced for a literary marketplace. In the American context, we can see these connections through Benjamin Franklin’s relationship to the novel. While Franklin never wrote a novel and sometimes derided the fine arts, he was the first American printer to publish a novel (Samuel Richardson’s Pamela in 1742), and he offered one of the most succinct accounts of the novel’s attraction in his Autobiography in commenting on John Bunyan’s Pilgrim’s Progress, a Protestant allegory often seen as anticipating many elements of the novel:

Honest John was the first that I know of who mix’d Narration and Dialogue, a Method of Writing very engaging to the Reader, who in the most interesting Parts finds himself as it were brought into the Company, and present at the Discourse. Defoe in his Crusoe, his Moll Flanders . . . has imitated it with Success. And Richardson has done the same in his Pamela, etc. (24).

While many readers now identify “literature” with the novel (most bookstores’ “literature” sections are comprised mainly of novels), most critics in the eighteenth and early-nineteenth centuries viewed the novel as sub-literary, as merely popular dross. This disdain towards the genre lingered longer, perhaps, in the United States than in most of Western Europe. Especially in the first years of the United States, a variety of critics registered significant concerns about the immoral (or, at best, amoral) nature of the novel. These critics were particularly concerned about what Franklin identified as its chief attraction, its ability to draw readers into the fictive world and make them feel like participants in the action. Samuel Miller, for example, in his Brief Retrospect of the Eighteenth Century, abjured that he “has no hesitation in saying, that, if it were possible, he would wholly prohibit the reading of novels . . . . For it may, with confidence, be pronounced that no one was ever an extensive and especially an habitual reader of novels, even supposing them to be all well selected, without suffering both intellectual and moral injury” (2:179). During a 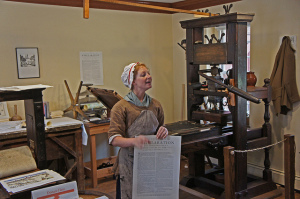 In response, many early American novels actively positioned themselves against other, less morally upright novels. For example, William Hill Brown’s The Power of Sympathy (1789), a work often taken to be the first American novel, offers a contrast in his preface to those “novels which expose no particular Vice, and which recommend no particular Virtue,” before moving into its epistolary seduction tale in which the moral characters often comment on the detrimental effects of novel-reading (7). Brown’s Power of Sympathy exemplifies one of the major trends within the development of the early American novel—the use of seduction plots to elicit readers’ sympathy and warn them of the dangers of straying even the least bit from moral propriety. Perhaps the most popular novel of the era was Susanna Rowson’s Charlotte Temple (1791). Although first published in England (when Rowson resided there), the novel was immediately popular in the United States (where Rowson soon moved). Through the text, the reader follows the title character from being ensconced in a girls’ school in England to being seduced by a soldier on his way to fight against the American revolutionaries to her pregnancy and death in New York. Republished repeatedly throughout the nineteenth century, Charlotte Temple exemplified the appeal the novel made specifically to women readers, an appeal that male critics often attacked or derided.

While sentimental works such as Charlotte Temple were perhaps the most popular fare among early American novel-readers, the most prominent novelist of the early period in the critical tradition is Charles Brockden Brown. Brockden Brown produced a series of four gothic novels between 1798 and 1800 (and two more sentimental ones in 1800–1801) before giving up novel-writing altogether. In these works, which would be read avidly by some British romantics and picked up by early-nineteenth-century American critics as a first glimmer of a national literature, Brown explores the dark side of the American nation and the human psyche. In his first novel, Wieland (1798), for example, he tells the story of an apparently model family that is destroyed through madness and murder when a stranger employing his ventriloquism skills throws their assumptions about one another and the world into turmoil. Often seen as prefiguring later themes explored by later American writers, Brown’s attention to the psychological, political, and economic influence of American society and nature on his characters marked a new development.

Only somewhere around one hundred American novels were published before 1820, but in the decade that followed, nearly that many again would be published, with the 1830s, 40s, and 50s seeing an explosion in the number of American novels. Even as elite critics continued to express concerns about the morality of the novel, readers would make the novel the most popular genre of the antebellum period. In fact, the novel would come not just to dominate but also, in many ways, to define the literary marketplace. The exponential growth in the production of novels paralleled that of the American literary marketplace, and both depended on the same socio-economic factors—increasing literacy rates due to the expansion of public education; improvements in printing technology, including the steam-powered press and the use of stereotype plates; and what has been called the transportation revolution, with roads, canals, and eventually railroads, tying far-flung urban publishing centers to the outskirts of the nation. The 1820s saw the emergence of the United States’ first critically and economically successful novelist with James Fenimore Cooper. After writing an Austen-esque novel of manners, Cooper turned to historical fiction, following in the footsteps of Sir Walter Scott, whose Waverly novels had become incredibly popular in both Europe and the United States in the 1810s (and whose novels would remain quite popular in the U.S. through the Civil War). After writing The Spy (1821), a novel set during the American Revolution, Cooper penned the first of the Leatherstocking Tales, The Pioneers (1823), beginning one of the most successful novel series in American literary history and introducing his most famous character, Natty Bumppo. In The Pioneers and The Last of the Mohicans (along with several other works), Cooper would depict the decline and disappearance of Native Americans from the nation. Often taking an elegiac tone, these works depicted some Native Americans as noble savages, nearly as role models for the Euro-American characters attempting to make their way in the new world. At the same time, however, they embraced the idea of the Native Americans’ inexorable, if regrettable, withdrawal from the nation.

While Cooper’s accounts are most famous, the theme of the “vanishing” Native American appeared widely in American literature of the 1820s and 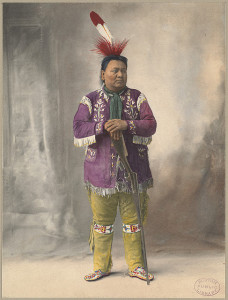 1830s (and later), across numerous genres, from long epic poems (Eastburn and Sands, Yamoyden [1820]); drama (Stone, Metamora [1829]); and autobiography (Black Hawk [1833]). It was the novel that gave the fullest shape to this narrative. In recent years, critics and historians have begun to explore a broader range of texts that develop this theme, including sentimental texts such as Lydia Maria Child’s Hobomok (1824) and Catharine Sedgwick’s Hope Leslie (1827) and gothic ones such as John Neal’s Logan (1822). While these different works offer alternative conceptions of the relationship between gender and race and sometimes more equivocal visions of the future of the U. S., they tend to share the idea that Native Americans have already all but disappeared from the American landscape. The great irony, of course, was that this period saw the election of Andrew Jackson (1828), with his program of Native American removal. While novels portrayed the Native American’s disappearance as a fait accompli, Jackson and other politicians worked to make sure it actually happened.

The antebellum decades (1830s–1850s) saw not only the immense expansion of the market for novels in the United States but also the further development of specific genres. Critics throughout most of the twentieth century focused on the artistic achievement of a few novelists during this period, especially Nathaniel Hawthorne and Herman Melville. Variously read in terms of their interest in the romance (with its greater imaginative range) as opposed to the novel or their darker romanticism (as opposed to the transcendentalist optimism of Emerson and Thoreau), or their deep exploration of human psychology, Hawthorne and Melville seemed to anticipate the modernist emphasis on symbolic layering, linguistic complexity, and ambiguous truths that would dominate critical thought for most of the twentieth century. However, in recent decades, American literary historians have increasingly attended to the vast variety amongst the novels produced during this period. In particular, they have investigated more popular genres, including domestic sentimental literature and sensational gothic and urban fictions. Even more recently, scholars have begun to distinguish the work and popularity of religious novels, reform novels, and regional fictions that deployed sentimental, sensational, and symbolic modes to differing extents. At the time of the Civil War, the novel was still seen by most American critics as inferior to poetry, as a less significant artistic form. Similarly, while concerns about the morally enervating effects of the novel had largely dissipated, even such classic works as Hawthorne’s
The Scarlet Letter were still often judged in terms of their morality (or lack thereof). American novelists still found themselves often disparaged or overlooked in favor of their British counterparts. At the same time, the novel had secured its place within American culture, with authors increasingly offering artistic (and moral and political) defenses of the form in its various guises.

Works Cited and Suggested Criticism on the Early American Novel

Davidson, Cathy. Revolution and the Word: The Rise of the Novel in America. New York: Oxford Univ. Press, 1986.

Franklin, Benjamin. The Autobiography and Other Writings. New York: Penguin, 1986.

Lukács, Georg. The Theory of the Novel: A Historico-Philosophical Essay on the Forms of Great Epic Literature. 1920. Trans. Anna Bostock. Cambridge: MIT Press, 1971.

Stern, Julia. The Plight of Feeling: Sympathy and Dissent in the Early American Novel. Chicago: Univ. of Chicago Press, 1997.

Watt, Ian. The Rise of the Novel: Studies in Defoe, Richardson, and Fielding. Berkeley: Univ. of California Press, 1957.