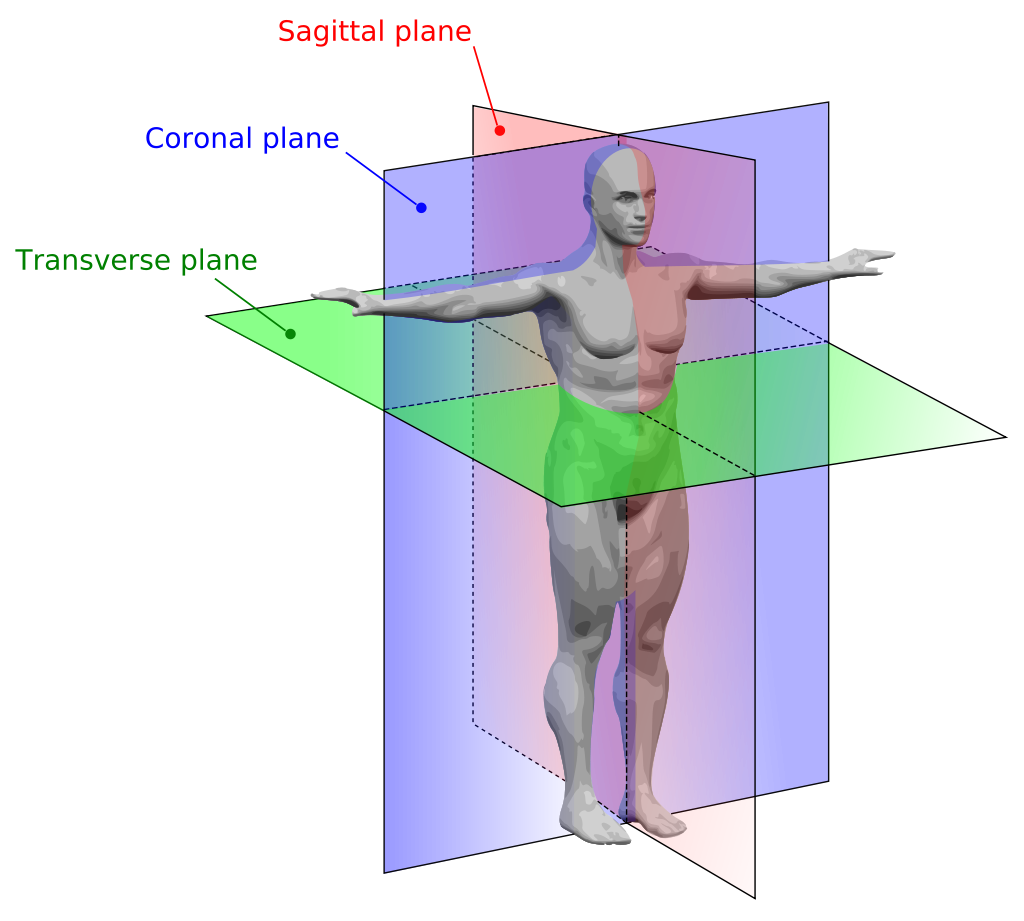 There are an infinite number of planes running through the human body in all directions. However, we will focus on the three planes that are traditionally used when discussing human anatomy (see Figure 1). First is the transverse plane, (also called the horizontal plane), which divides the body into top and bottom. In anatomical position, transverse planes are parallel to the ground. The second is the coronal plane, which is a vertical plane that divides the body into the front and back sections. If you do a “belly flop” into the water, you sink into the water via the coronal planes. Finally, we will refer to the sagittal plane, which divides the body into left and right sections with a vertical plane that passes from the front to the rear.

The first set of directions that we will explore are superior, inferior, anterior, and posterior.

Next are the terms that relate structures to the midline. These are medial, lateral, and intermediate.

These next terms are used when referring to either appendicular parts of the body (arms and legs) or position in body relative to the external surface. These are proximal, distal, superficial, and deep.

Table 1 lists all of the human anatomical directions that we discussed.