Rather than start with urine formation, this section will start with urine excretion. Urine is a fluid of variable composition that requires specialized structures to remove it from the body safely and efficiently. Blood is filtered, and the filtrate is transformed into urine at a relatively constant rate throughout the day. This processed liquid is stored until a convenient time for excretion. All structures involved in the transport and storage of the urine are large enough to be visible to the naked eye. This transport and storage system not only stores the waste, but it protects the tissues from damage due to the wide range of pH and osmolarity of the urine, prevents infection by foreign organisms, and for the male, provides reproductive functions. 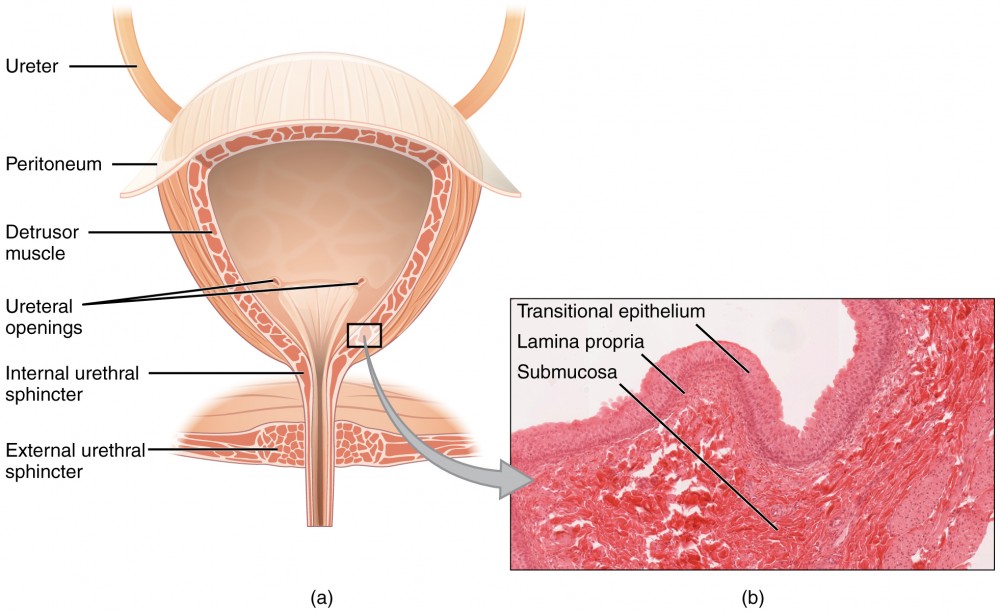 Figure 2. (a) Anterior cross section of the bladder. (b) The detrusor muscle of the bladder (source: monkey tissue) LM × 448. (Micrograph provided by the Regents of the University of Michigan Medical School © 2012) 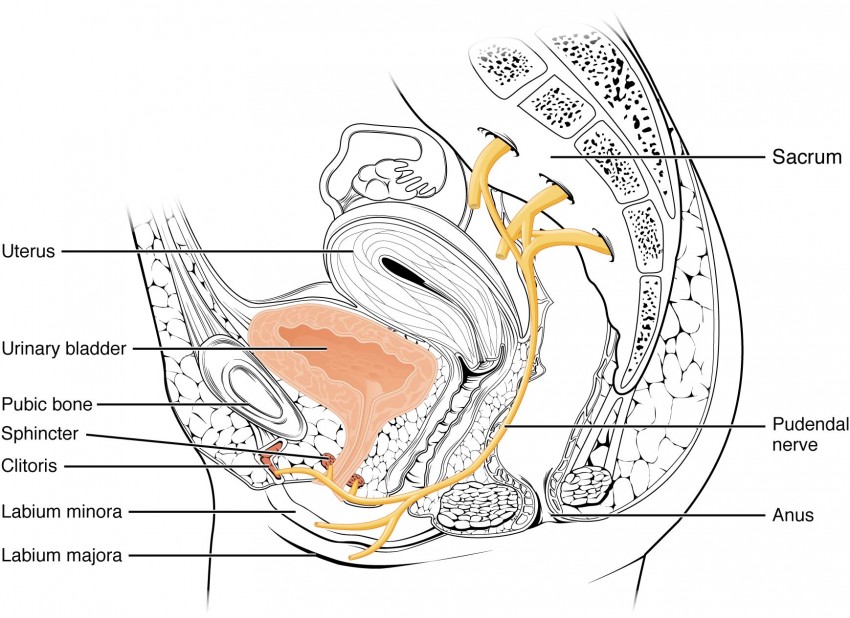 The ureters are approximately 30 cm long. The inner mucosa is lined with transitional epithelium (Figure 4) and scattered goblet cells that secrete protective mucus. The muscular layer of the ureter consists of longitudinal and circular smooth muscles that create the peristaltic contractions to move the urine into the bladder without the aid of gravity. Finally, a loose adventitial layer composed of collagen and fat anchors the ureters between the parietal peritoneum and the posterior abdominal wall. 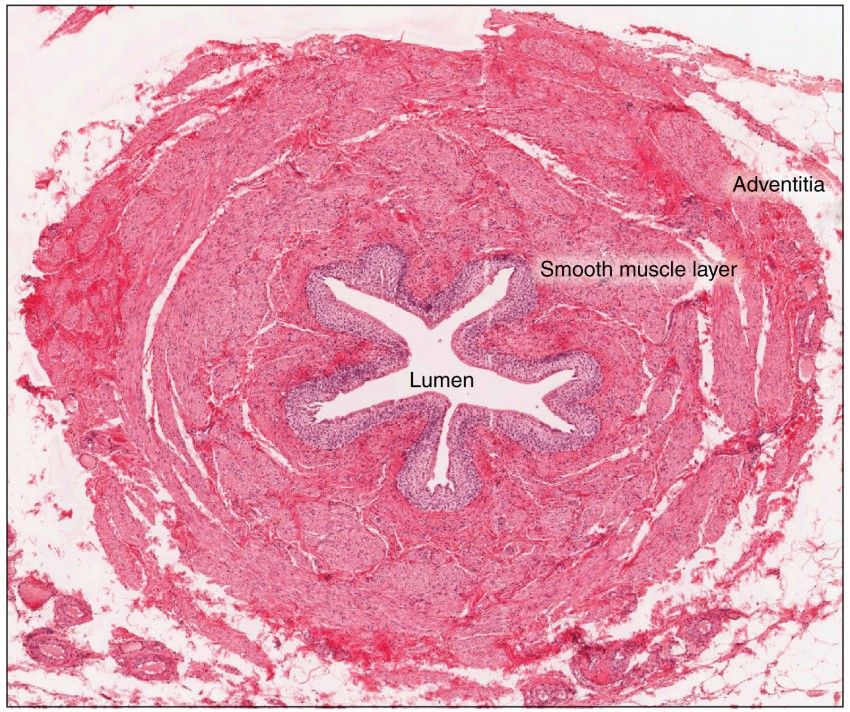 Figure 4. Peristaltic contractions help to move urine through the lumen with contributions from fluid pressure and gravity. LM × 128. (Micrograph provided by the Regents of the University of Michigan Medical School © 2012)

The urethra is the only urinary structure that differs significantly between males and females. This is due to the dual role of the male urethra in transporting both urine and semen. The urethra arises from the trigone area at the base of the bladder. Urination is controlled by an involuntary internal sphincter of smooth muscle and a voluntary external sphincter of skeletal muscle. The shorter female urethra contributes to the higher incidence of bladder infections in females. The male urethra receives secretions from the prostate gland, Cowper’s gland, and seminal vesicles as well as sperm. The bladder is largely retroperitoneal and can hold up to 500–600 mL urine. Micturition is the process of voiding the urine and involves both involuntary and voluntary actions. Voluntary control of micturition requires a mature and intact sacral micturition center. It also requires an intact spinal cord. Loss of control of micturition is called incontinence and results in voiding when the bladder contains about 250 mL urine. The ureters are retroperitoneal and lead from the renal pelvis of the kidney to the trigone area at the base of the bladder. A thick muscular wall consisting of longitudinal and circular smooth muscle helps move urine toward the bladder by way of peristaltic contractions.

anatomical sphincter: smooth or skeletal muscle surrounding the lumen of a vessel or hollow organ that can restrict flow when contracted

detrusor muscle: smooth muscle in the bladder wall; fibers run in all directions to reduce the size of the organ when emptying it of urine

internal urinary sphincter: smooth muscle at the juncture of the bladder and urethra; relaxes as the bladder fills to allow urine into the urethra

retroperitoneal: outside the peritoneal cavity; in the case of the kidney and ureters, between the parietal peritoneum and the abdominal wall

sacral micturition center: group of neurons in the sacral region of the spinal cord that controls urination; acts reflexively unless its action is modified by higher brain centers to allow voluntary urination

trigone: area at the base of the bladder marked by the two ureters in the posterior–lateral aspect and the urethral orifice in the anterior aspect oriented like points on a triangle

urethra: transports urine from the bladder to the outside environment