The pancreas is a long, slender organ, most of which is located posterior to the bottom half of the stomach (Figure 1). Although it is primarily an exocrine gland, secreting a variety of digestive enzymes, the pancreas has an endocrine function. Its pancreatic islets—clusters of cells formerly known as the islets of Langerhans—secrete the hormones glucagon, insulin, somatostatin, and pancreatic polypeptide (PP). 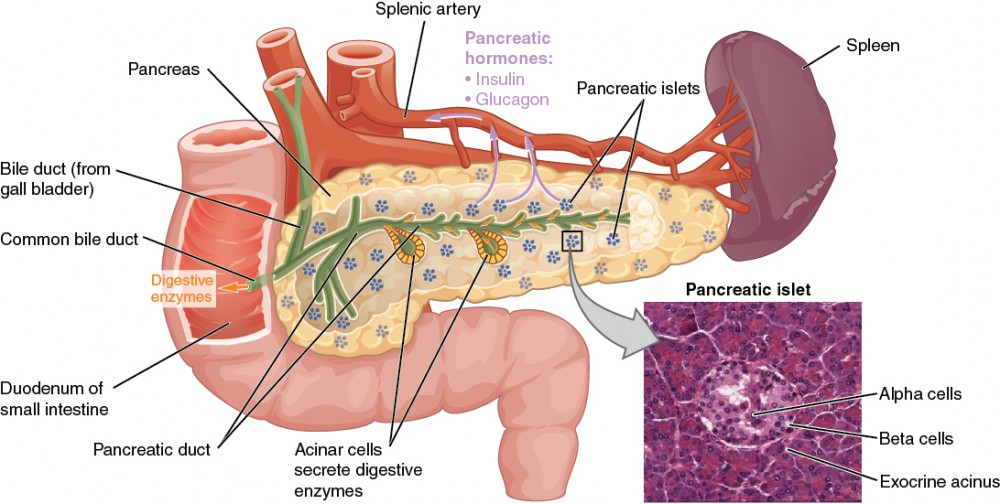 Figure 1. The pancreatic exocrine function involves the acinar cells secreting digestive enzymes that are transported into the small intestine by the pancreatic duct. Its endocrine function involves the secretion of insulin (produced by beta cells) and glucagon (produced by alpha cells) within the pancreatic islets. These two hormones regulate the rate of glucose metabolism in the body. The micrograph reveals pancreatic islets. LM × 760. (Micrograph provided by the Regents of University of Michigan Medical School © 2012)

Cells and Secretions of the Pancreatic Islets

The pancreatic islets each contain four varieties of cells: 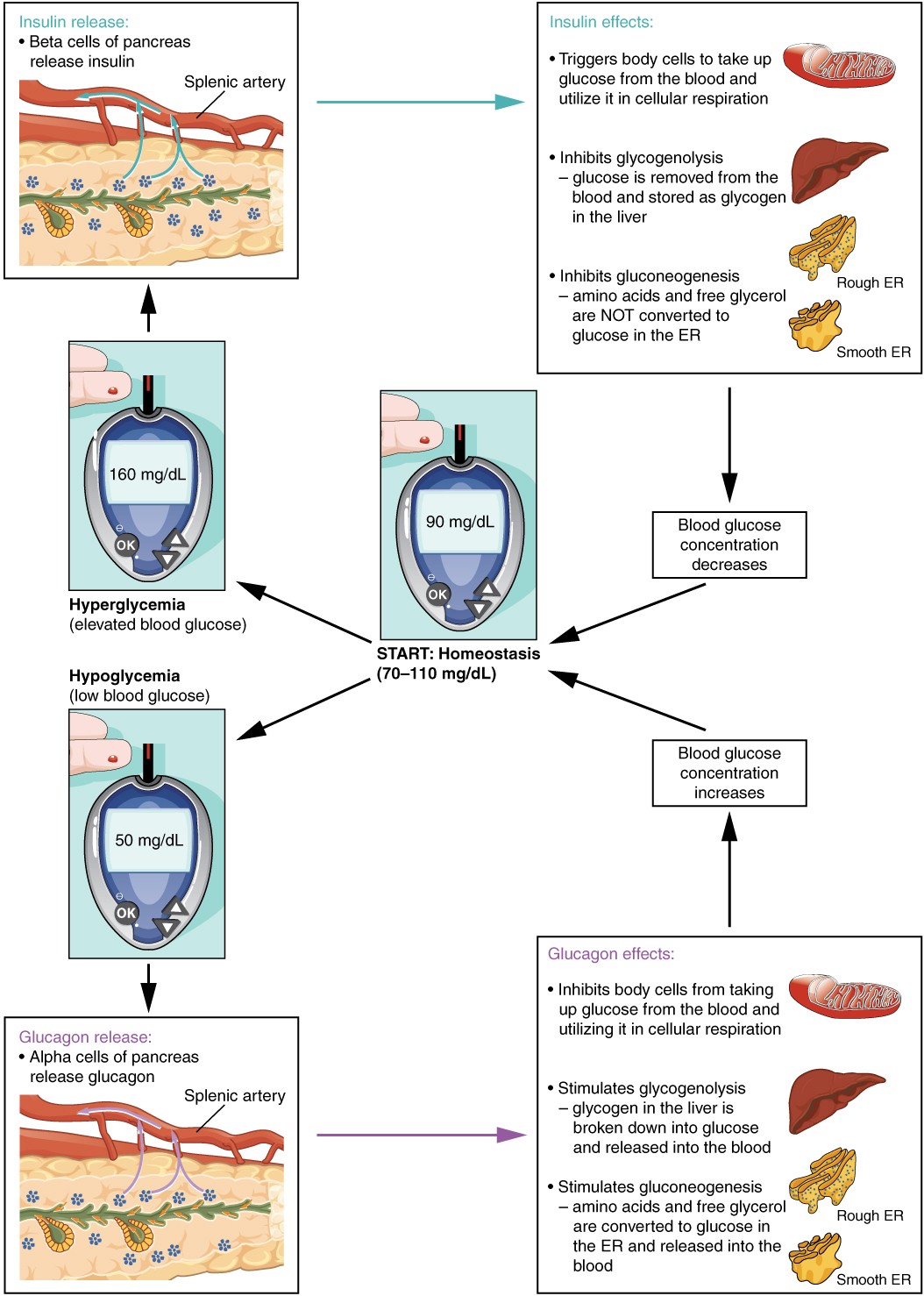 The primary function of insulin is to facilitate the uptake of glucose into body cells. Red blood cells, as well as cells of the brain, liver, kidneys, and the lining of the small intestine, do not have insulin receptors on their cell membranes and do not require insulin for glucose uptake. Although all other body cells do require insulin if they are to take glucose from the bloodstream, skeletal muscle cells and adipose cells are the primary targets of insulin.

The presence of food in the intestine triggers the release of gastrointestinal tract hormones such as glucose-dependent insulinotropic peptide (previously known as gastric inhibitory peptide). This is in turn the initial trigger for insulin production and secretion by the beta cells of the pancreas. Once nutrient absorption occurs, the resulting surge in blood glucose levels further stimulates insulin secretion.

Watch the video to view an animation describing the location and function of the pancreas. What goes wrong in the function of insulin in type 2 diabetes?

Insulin also reduces blood glucose levels by stimulating glycolysis, the metabolism of glucose for generation of ATP. Moreover, it stimulates the liver to convert excess glucose into glycogen for storage, and it inhibits enzymes involved in glycogenolysis and gluconeogenesis. Finally, insulin promotes triglyceride and protein synthesis. The secretion of insulin is regulated through a negative feedback mechanism. As blood glucose levels decrease, further insulin release is inhibited. The pancreatic hormones are summarized in Table 1.

There are two main forms of diabetes mellitus. Type 1 diabetes is an autoimmune disease affecting the beta cells of the pancreas. Certain genes are recognized to increase susceptibility. The beta cells of people with type 1 diabetes do not produce insulin; thus, synthetic insulin must be administered by injection or infusion. This form of diabetes accounts for less than five percent of all diabetes cases.

Watch the video to view an animation describing the role of insulin and the pancreas in diabetes.

delta cell: minor cell type in the pancreas that secretes the hormone somatostatin

diabetes mellitus: condition caused by destruction or dysfunction of the beta cells of the pancreas or cellular resistance to insulin that results in abnormally high blood glucose levels

pancreas: organ with both exocrine and endocrine functions located posterior to the stomach that is important for digestion and the regulation of blood glucose