Art of Akkad and Ur 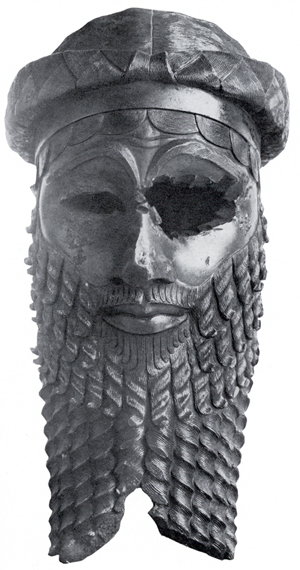 Competition between Akkad in the north and Ur in the south created two centralized regional powers at the end of the third millennium.

This centralization was military in nature and the art of this period generally became more martial. The Akkadian Empire was begun by Sargon, a man from a lowly family who rose to power and founded the royal city of Akkad (Akkad has not yet been located, though one theory puts it under modern Baghdad).

This image of an unidentified Akkadian ruler (some say it is Sargon, but no one knows) is one of the most beautiful and terrifying images in all of Ancient Near Eastern art. The life sized bronze head shows in sharp geometric clarity, locks of hair, curled lips and a wrinkled brow. Perhaps more awesome than the powerful and somber face of this ruler is the violent attack that was mutilated it in antiquity. 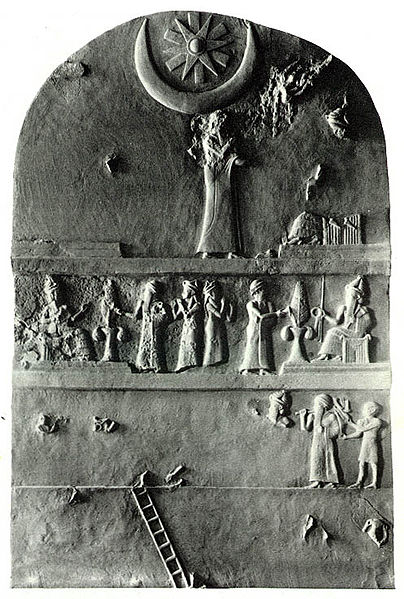 The kingdom of Akkad ends with internal strife and invasion by the the Gutians from the Zagros mountains to the northeast. The Gutians were ousted in turn and the city of Ur, south of Uruk, became dominant. King Ur-Nammu established the third dynasty of Ur, also referred to as the Ur III period.

Perhaps because of the changing fortunes of the area, monuments erected by rulers begin to include multiple registers and tell long and complicated stories, almost like three-dimensional comic books.

This limestone stele, found in a very fragmentary state at Ur, has five narrative layers (registers) on both sides. They likely depict King Ur Nammu building and consecrating the major temple complex at Ur dedicated to Nanna, the moon god and divine patron of the city.

The king is shown multiple times carrying mud bricks. He is accompanied by an architect and is also shown praying to Nanna who is represented as a huge crescent moon at the top of the stele.

The late third millennium is the era in which massive temple structures, so typical of ancient Near Eastern architecture, were first created. The name of the current ruler was often stamped on each brick of these huge raised platform temples known as ziggurats. The Ziggurat at Ur is a largely reconstructed example from a later period.