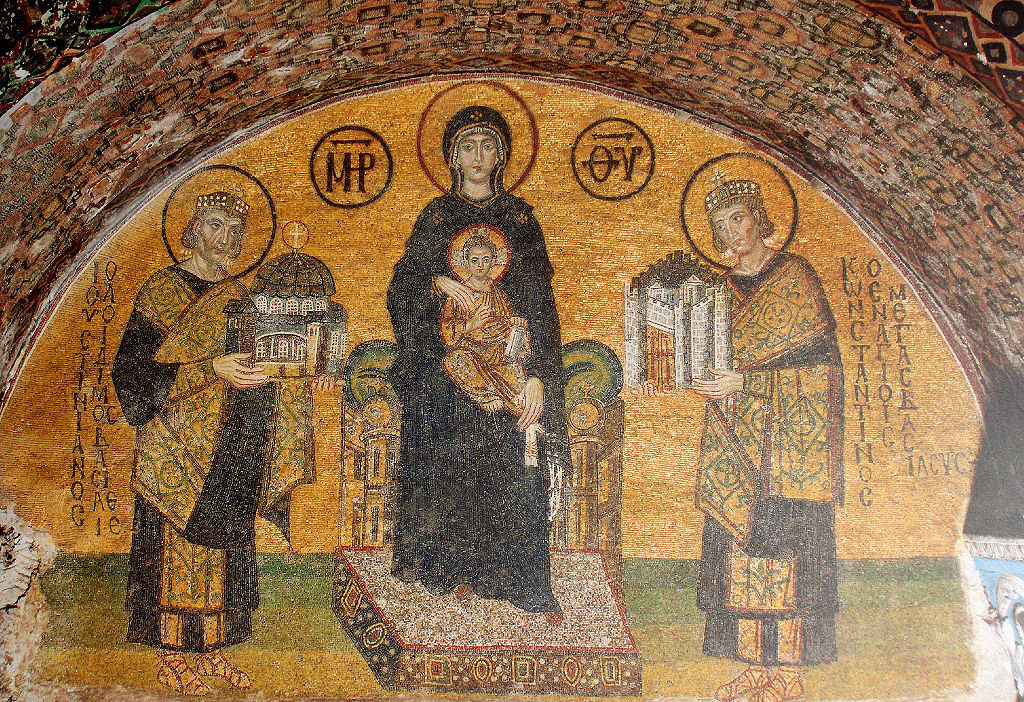 The great church of the Byzantine capital Constantinople (Istanbul) took its current structural form under the direction of the Emperor Justinian I. The church was dedicated in 537, amid great ceremony and the pride of the emperor (who was sometimes said to have seen the completed building in a dream). The daring engineering feats of the building are well known. Numerous medieval travelers praise the size and embellishment of the church. Tales abound of miracles associated with the church. Hagia Sophia is the symbol of Byzantium in the same way that the Parthenon embodies Classical Greece or the Eiffel Tower typifies Paris. 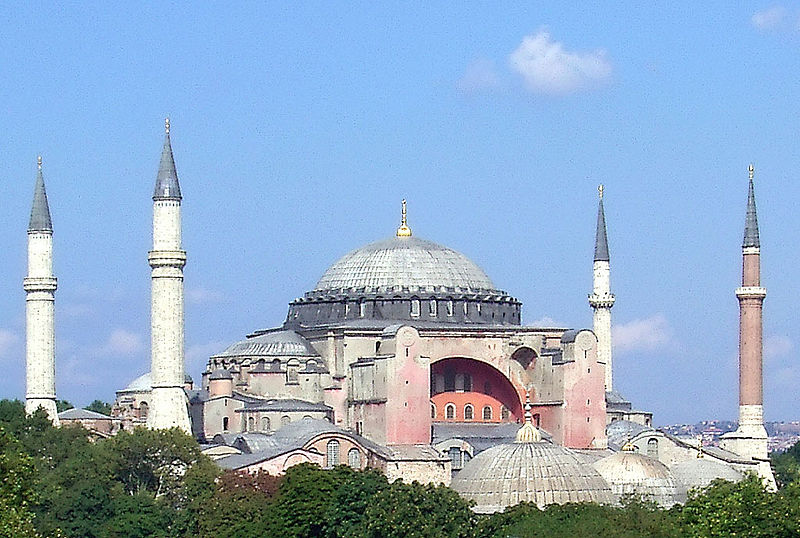 Each of those structures express values and beliefs: perfect proportion, industrial confidence, a unique spirituality. By overall impression and attention to detail, the builders of Hagia Sophia left the world a mystical building. The fabric of the building denies that it can stand by its construction alone. Hagia Sophia’s being seems to cry out for an other-worldly explanation of why it stands because much within the building seems dematerialized, an impression that must have been very real in the perception of the medieval faithful. The dematerialization can be seen in as small a detail as a column capital or in the building’s dominant feature, its dome.

Let us start with a look at a column capital (figure 3). 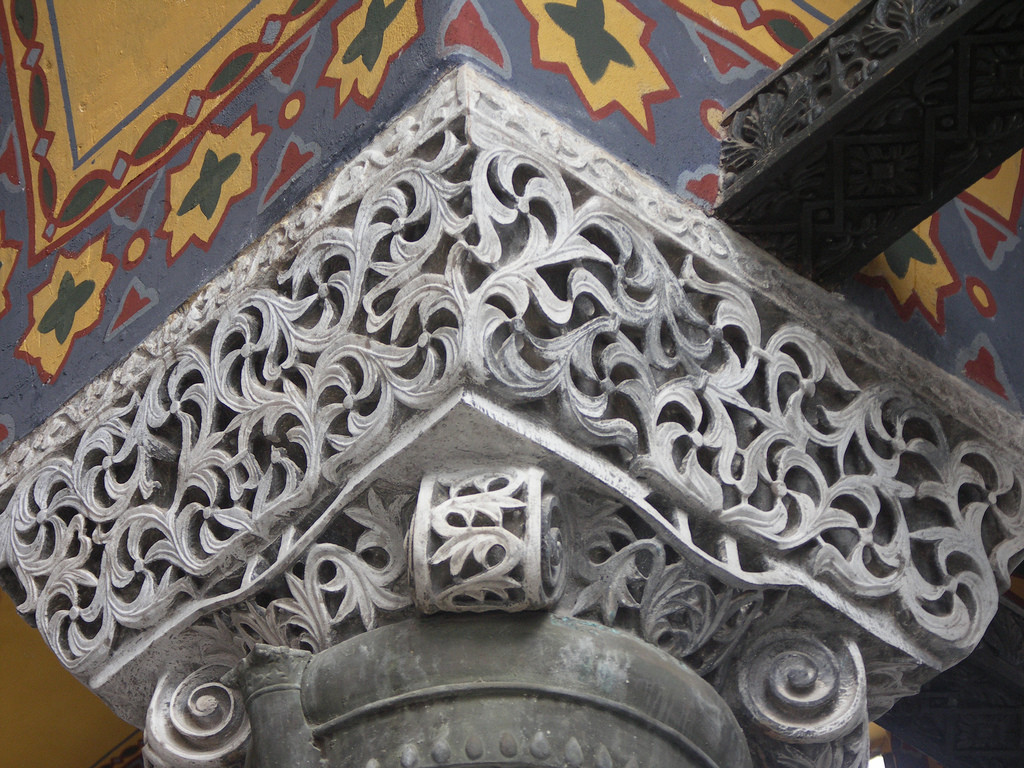 The capital is a derivative of the Classical Ionic order via the variations of the Roman composite capital and Byzantine invention. Shrunken volutes appear at the corners decorative detailing runs the circuit of lower regions of the capital. The column capital does important work, providing transition from what it supports to the round column beneath. What we see here is decoration that makes the capital appear light, even insubstantial. The whole appears more as filigree work than as robust stone capable of supporting enormous weight to the column. 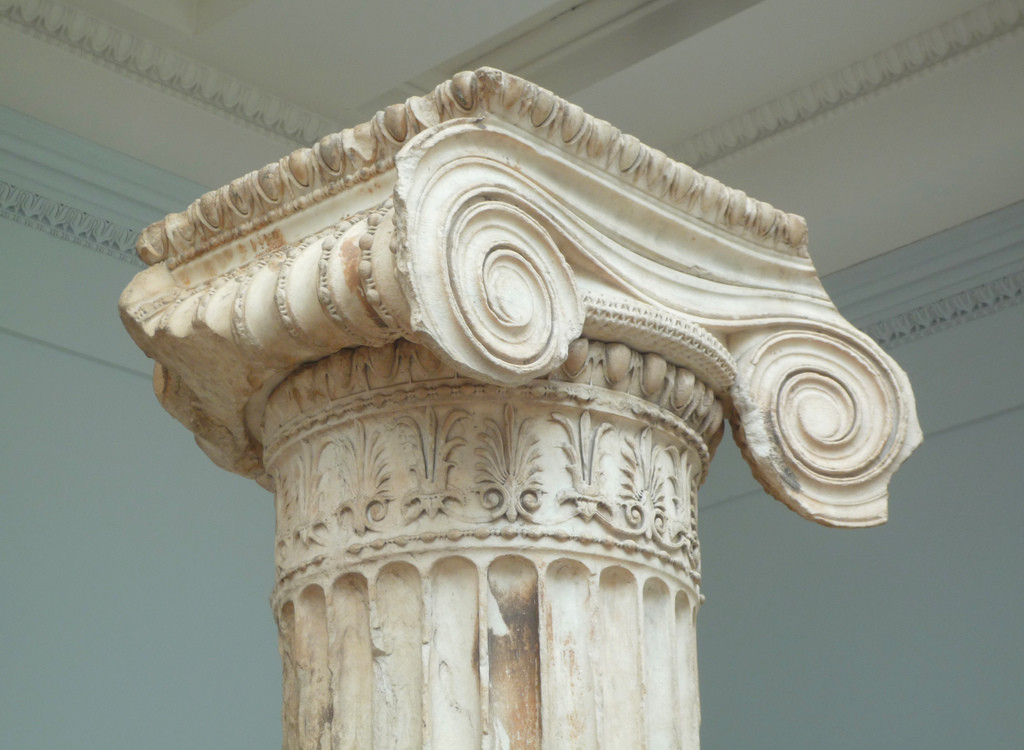 Compare the Hagia Sophia capital with a Classical Greek Ionic capital. Figure 4 shows one from the Greek Erechtheum on the Acropolis, Athens. The capital has abundant decoration but the treatment does not diminish the work performed by the capital. The lines between the two spirals dip, suggesting the weight carried while the spirals seem to show a pent-up energy that pushes the capital up to meet the entablature, the weight it holds. The capital is a working member and its design expresses the working in an elegant way.

A capital fragment on the grounds of Hagia Sophia illustrates the carving technique (figure 6). The stone is deeply drilled, creating shadows behind the vegetative decoration. The capital surface appears thin. The capital contradicts its task rather than expressing it. 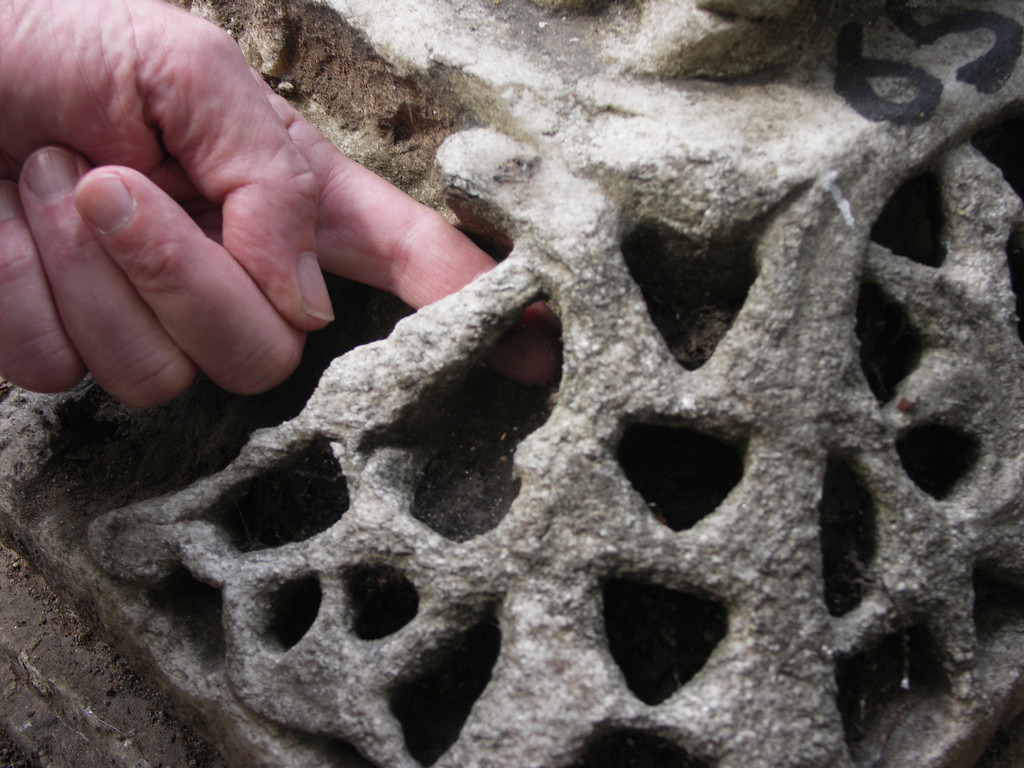 This deep carving appears throughout Hagia Sophia’s capitals, spandrels, and entablatures. Everywhere we look stone visually denying its ability to do the work that it must do. The important point is that the decoration suggests that something other than sound building technique must be at work in holding up the building.

We know that the faithful attributed the structural success of Hagia Sophia to divine intervention. Nothing is more illustrative of the attitude than descriptions of the dome of Hagia Sophia. Procopius, biographer of the Emperor Justinian and author of a book on the buildings of Justinian is the first to assert that the dome hovered over the building by divine intervention.

The huge spherical dome [makes] the structure exceptionally beautiful. Yet it seems not to rest upon solid masonry, but to cover the space with its golden dome suspended from Heaven. (from “The Buildings” by Procopius, Loeb Classical Library, 1940, online at the University of Chicago Penelope project)

The description became part of the lore of the great church and is repeated again and again over the centuries. A look at the base of the dome helps explain the descriptions. 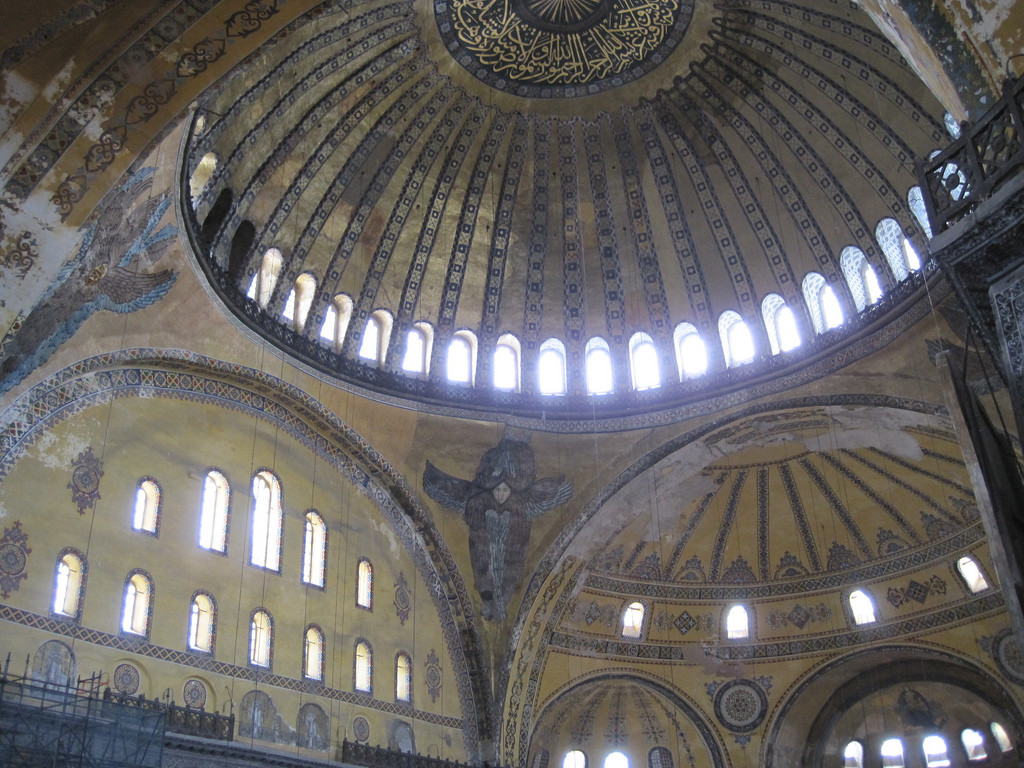 The windows at the bottom of the dome are closely spaced, visually asserting that the base of the dome is insubstantial and hardly touching the building itself. The building planners did more than squeeze the windows together, they also lined the jambs or sides of the windows with gold mosaic. As light hits the gold it bounces around the openings and eats away at the structure and makes room for the imagination to see a floating dome. 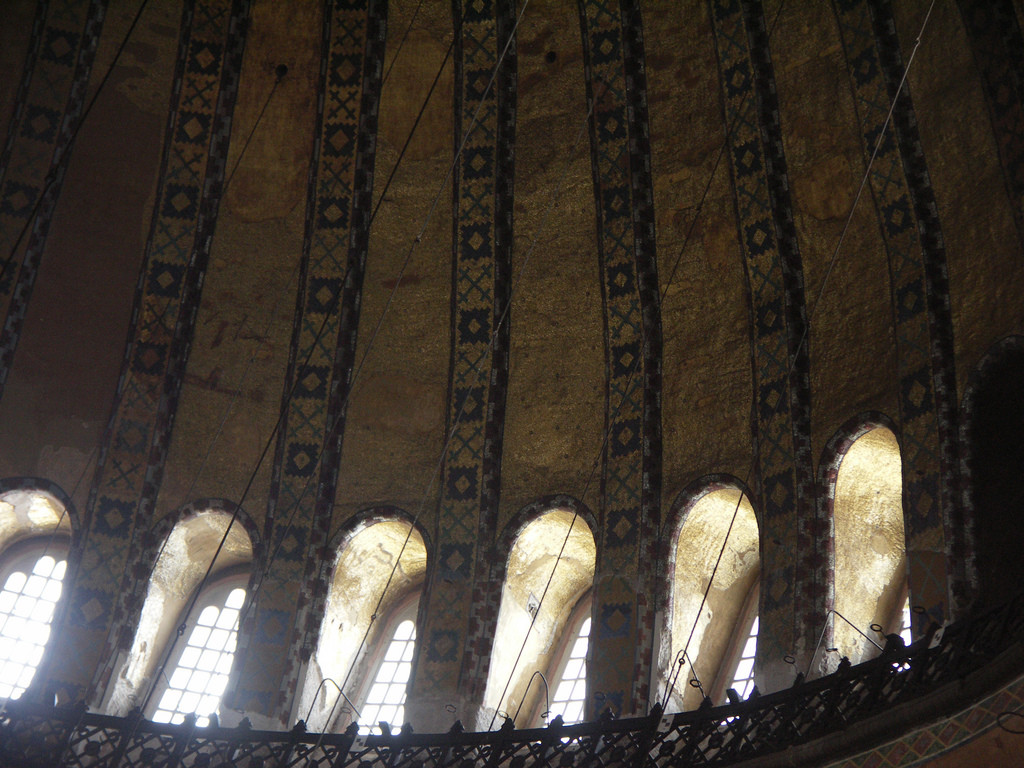 Figure 8. Windows at the Base of the Dome, Hagia Sophia

It would be difficult not to accept the fabric as consciously constructed to present a building that is dematerialized by common constructional expectation. Perception outweighs clinical explanation. To the faithful of Constantinople and its visitors, the building used divine intervention to do what otherwise would appear to be impossible. Perception supplies its own explanation: the dome is suspended from heaven by an invisible chain.

An old story about Hagia Sophia, a story that comes down in several versions, is a pointed explanation of the miracle of the church. So goes the story: A youngster was among the craftsmen doing the construction. Realizing a problem with continuing work, the crew left the church to seek help (some versions say they sought help from the Imperial Palace). The youngster was left to guard the tools while the workmen were away. A figure appeared inside the building and told the boy the solution to the problem and told the boy to go to the workmen with the solution. Reassuring the boy that he, the figure, would stay and guard the tools until the boy returned, the boy set off. The solution that the boy delivered was so ingenious that the assembled problem solvers realized that the mysterious figure was no ordinary man but a divine presence, likely an angel. The boy was sent away and was never allowed to return to the capital. Thus the divine presence had to remain inside the great church by virtue of his promise and presumably is still there. Any doubt about the steadfastness of Hagia Sophia could hardly stand in the face of the fact that a divine guardian watches over the church.[1]

Hagia Sophia sits astride an earthquake fault. The building was severely damaged by three quakes during its early history. Extensive repairs were required. Despite the repairs, one assumes that the city saw the survival of the church, amid city rubble, as yet another indication of divine guardianship of the church.

Extensive repair and restoration are ongoing in the modern period. We likely pride ourselves on the ability of modern engineering to compensate for daring 6th Century building technique. Both ages have their belief systems and we are understandably certain of the rightness of our modern approach to care of the great monument. But we must also know that we would be lesser if we did not contemplate with some admiration the structural belief system of the Byzantine Age.

Isidore and Anthemius replaced the original 4th-century church commisioned byEmperor Constantine and a 5th-century structure that was destroyed during the Nika revolt of 532. The present Hagia Sophia or the Church of Holy Wisdom became a mosque in 1453 following the conquest of Constantinople by the Ottomans under Sultan Mehmed II. In 1934, Atatürk, founder of Modern Turkey, converted the mosque into a museum.