An Introduction to Futurism 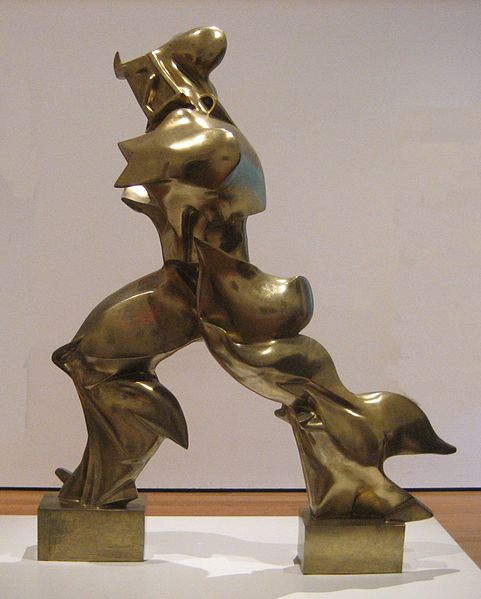 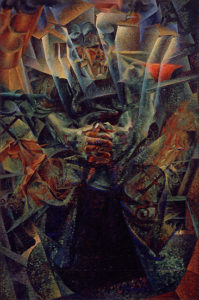 Marinetti launched Futurism in 1909 with the publication his “Futurist manifesto” on the front page of the French newspaper Le Figaro. The manifesto set a fiery tone. In it Marinetti lashed out against cultural tradition (passatismo, in Italian) and called for the destruction of museums, libraries, and feminism. Futurism quickly grew into an international movement and its participants issued additional manifestos for nearly every type of art: painting, sculpture, architecture, music, photography, cinema—even clothing.The Futurist painters—Umberto Boccioni, Carlo Carrà, Luigi Russolo, Gino Severini, and Giacomo Balla—signed their first manifesto in 1910 (the last named his daughter Elica—Propeller!). Futurist painting had first looked to the color and the optical experiments of the late 19th century, but in the fall of 1911, Marinetti and the Futurist painters visited the Salon d’Automne in Paris and saw Cubism in person for the first time. Cubism had an immediate impact that can be seen in Boccioni’s Materia of 1912 for example. Nevertheless, the Futurists declared their work to be completely original.

The Futurists were particularly excited by the works of late nineteenth-century scientist and photographer Étienne-Jules Marey, whose chronophotographic (time-based) studies depicted the mechanics of animal and human movement.

A precursor to cinema, Marey’s innovative experiments with time-lapse photography were especially influential for Balla. In his painting Dynamism of a Dog on a Leash (figure 3), the artist playfully renders the dog’s (and dog walker’s) feet as continuous movements through space over time. 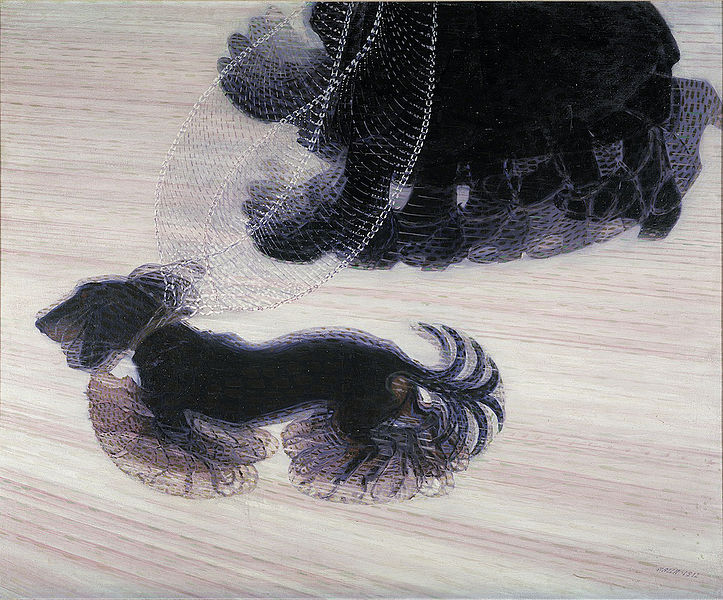 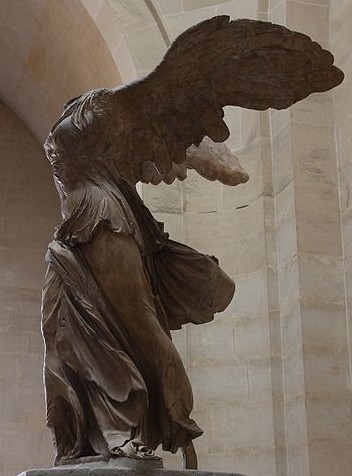 The choice of shiny bronze lends a mechanized quality to Boccioni’s sculpture, so here is the Futurists’ ideal combination of human and machine. The figure’s pose is at once graceful and forceful, and despite their adamant rejection of classical arts, it is also very similar to the Nike of Samothrace (figure 4).

These positions led the Futurists to support the coming war, and like most of the group’s members, leading painter Boccioni enlisted in the army during World War I. He was trampled to death after falling from a horse during training. After the war, the members’ intense nationalism led to an alliance with Benito Mussolini and his National Fascist Party. Although Futurism continued to develop new areas of focus (aeropittura, for example) and attracted new members—the so-called “second generation” of Futurist artists—the movement’s strong ties to Fascism has complicated the study of this historically significant art.