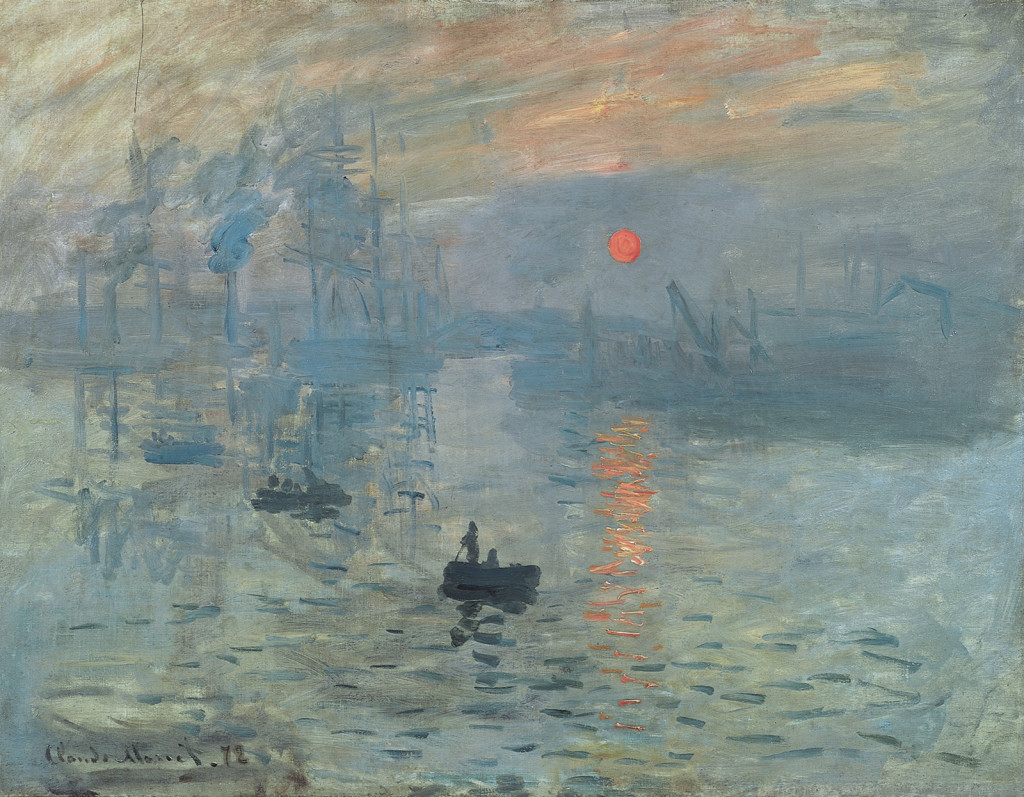 Establishing their Own Exhibitions—Apart from the Salon

The group of artists who became known as the Impressionists did something ground-breaking, in addition to their sketchy, light-filled paintings. They established their own exhibition—apart from the annual salon. At that time, the salon was really the only way to exhibit your work (the work was chosen by a jury). Claude Monet, August Renoir, Edgar Degas, Berthe Morisot, Alfred Sisley, and several other artists could not afford to wait for France to accept their work. They all had experienced rejection by the Salon jury in recent years and knew waiting a whole year in between each exhibition was no longer tenable. They needed to show their work and they wanted to sell it.

Remember that the look of a J.A.D. Ingres or even a surly Delacroix had a “finished” surface. These younger artists’ completed works looked like sketches.  And not even detailed sketches but the fast, preliminary “impressions” that artists would dash off to preserve an idea of what to paint later. Normally, an artist’s “impressions” were not meant to be sold, but were meant to be aids for the memory—to take these ideas back to the studio for the masterpiece on canvas. The critics thought it was insane to sell paintings that looked like slap-dash impressions and consider these paintings works “finished.”

For a very long time, the French refused to find the work worthy of praise. The Americans and other non-French collectors did. For this reason, the US and other foreign collections own most of the Impressionist art. (The Metropolitan Museum of Art owns a good portion of the Havermayer Collection. Louisine Havermayer knew Mary Cassatt, who advised Louisine when she visited Paris.)