The Copley Family (figure 1) is a large work of art; it measures in at 89 by 107 inches in its frame. The figures appear roughly life-size and seem remarkably life-like; the sense of depth is so strong, that when you stand before the painting, you almost get the impression that you could walk right into the picture and join in the group portrait. It’s a very sweet, charming scene: the children playfully twist out of their formal poses (as would unruly kids for any family photo), and interact with their adult family members. If you pay attention to the individual figures, you notice that each is in his or her own unique position and sports a distinctive facial expression. The tender embrace between mother and child—a personal moment revealing the sentimental bond between the two—is a detail that hints at the psychology, personality, and family dynamics of the painting’s subjects. The level of intimacy in the work is not surprising when we learn that the head of the family, the man standing in the rear and looking out directly at the viewer, was also the artist: John Singleton Copley.

For many students new to art history, American portraiture of the colonial period can be difficult to love. When visiting museums and historic houses, viewers are often taken aback by how stiff and unnatural the subjects of these early paintings appear, how expressionless their faces, how contrived their positions. An example is John Smibert’s The Bermuda Group (figure 2), a painting deserving of its own attention and place in history, but a work that is more somber, less legible to modern eyes, and harder for us in the twenty-first century to relate to. Copley’s work stands out starkly against that of his contemporaries and predecessors: his subjects appear to inhabit a three-dimensional world instead of resting shallowly on the canvas, they seem natural, effortless, and have distinct personas. His paintings are rife with eye candy, with every illusion—the sheen of a lady’s garment, the long fur of a King Charles spaniel—painstakingly rendered in incredible detail. While more “Puritan” early American paintings are also fascinating and noteworthy, it was John Singleton Copley who first truly awoke my interest and breathed life into early American art. 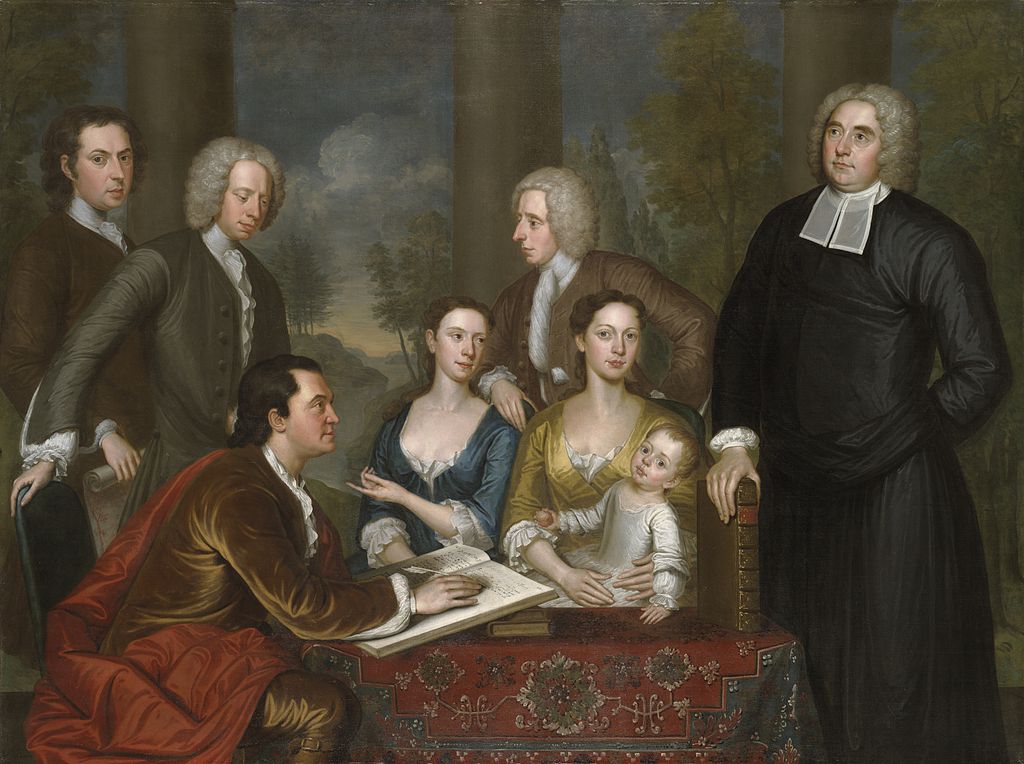