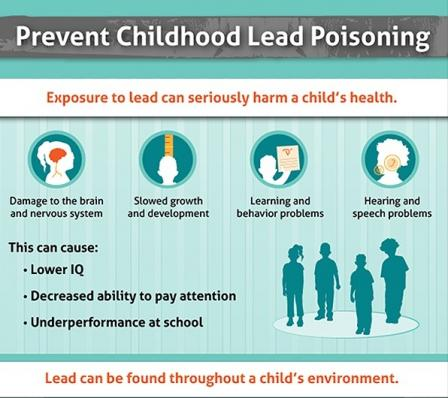 Imagine you just finished renovating your dream home. Built in the 1960s, it was a bit dated, but with a bit of restoration work, from the outside, it seemed like it was brand new. One day, you went to turn on the faucet to fill a glass of water, when instead a foul-smelling, brown liquid came out instead. You are in Flint, Michigan, and the pipes bringing water to your house that you thought were safe, were actually made of lead. Little did you know that this was happening to your neighbors, and many people all across the city. This was in 2014. It is 2018 now, and your city still does not have lead-free water.

Lead is a heavy metal that is naturally found in the Earth’s crust. Throughout history, it has been used in a multitude of products such as cosmetics, jewelry, paint, plumbing, gasoline, and even childrens’ toys. At the time, no one knew how toxic the metal could be to both human and animal lives. Nowadays, the use of lead in consumer products is banned in the U.S. due to knowledge of its toxic effects, but there have been issues recently of lead poisoning due to outdated fixtures in homes. Many homes in the U.S. built before 1978 could still have lead paint, and could contain lead pipes if built as recently as 1986.

Lead abatement, in short, is quite expensive. The average cost is around $10,000, and depending on the removal method chosen, one would have to vacate their house for an extended period of time to avoid coming into contact with hazardous materials. This is not a sensible option for many people, especially those with a low income. As implications would lead one to assume, many houses in low-income areas have a disproportionate presence of lead compared to houses in higher-income areas. Infants and young children of low-income families are at the highest risk of lead poisoning, in these cases.