To set the stage and give you a sense for the practice of environmental public health, watch this video from CDC’s National Center for Environmental Health about the work they do:

This video shows real-life examples of how research is conducted and applied to protect people’s health from environmental hazards.

There are many real-life examples of environmental health. One example that some of you may have seen is from the movie Erin Brockovich. She is a woman who brought attention to contaminated drinking water in a Southern California Town of Hinkley. 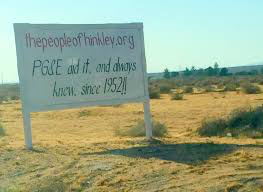 Erin Brockovich helped uncover the contamination and its suspected impact on cancer rates in the area. What she found out led to a record-breaking settlement for a group of class-action plaintiffs in 1996.