How The Game Relates to Actual Epidemiological Practice

In “Solve The Outbreak,” the player reviews case reports, gathering minimal details on individuals. This is seen in the introduction to each case. An example of this is the outbreak “Hiding in Plain Sight,” where the situation is briefed. A large group is people that are infected by tiny amoeba, a single-celled living organism that causes permanent eye damage. This case report helps epidemiologists understand what they are beginning to investigate. It gives a clear description of specific conditions and details that a person must meet to be identified as having the particular condition or disease; in this case, an infection. (CDC, 2013)

Histograms are graphs that use bars to represent values in epidemiological statistical studies. The values include the demographics of individuals. Seen in the graph below are the characteristics of sick individuals in the “The Queens Killer” outbreak of the West Nile Virus in New York. It organizes what the people have most and least in common to better understand the situation at hand. (CDC, 2013) 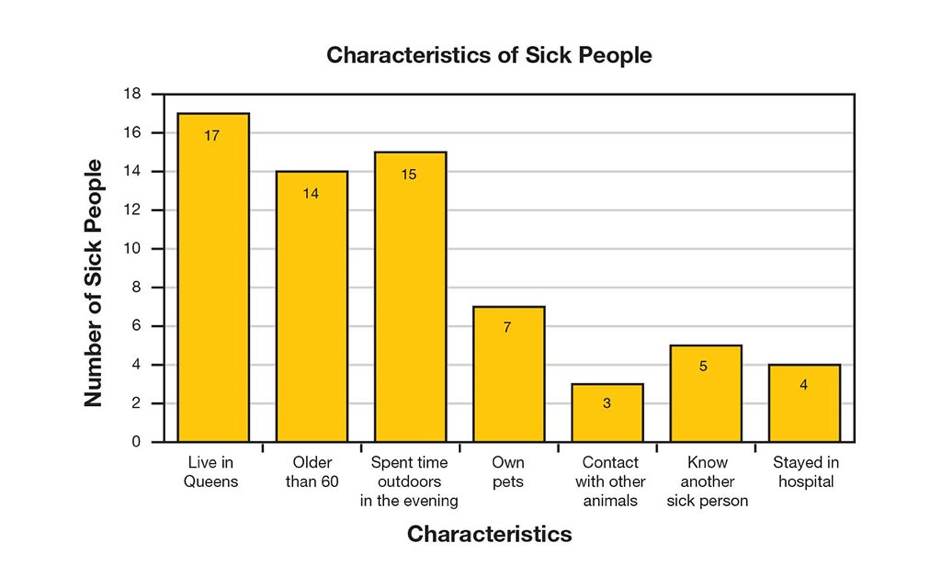 After the Histogram is created, epidemiologists use the case report data to create an epi-curve. This is a graph that plots the number of cases during the outbreak in conjunction with the time. An example of this is in the “The Queens Killer” case, where data is captured over months in specific areas. (CDC, 2013) 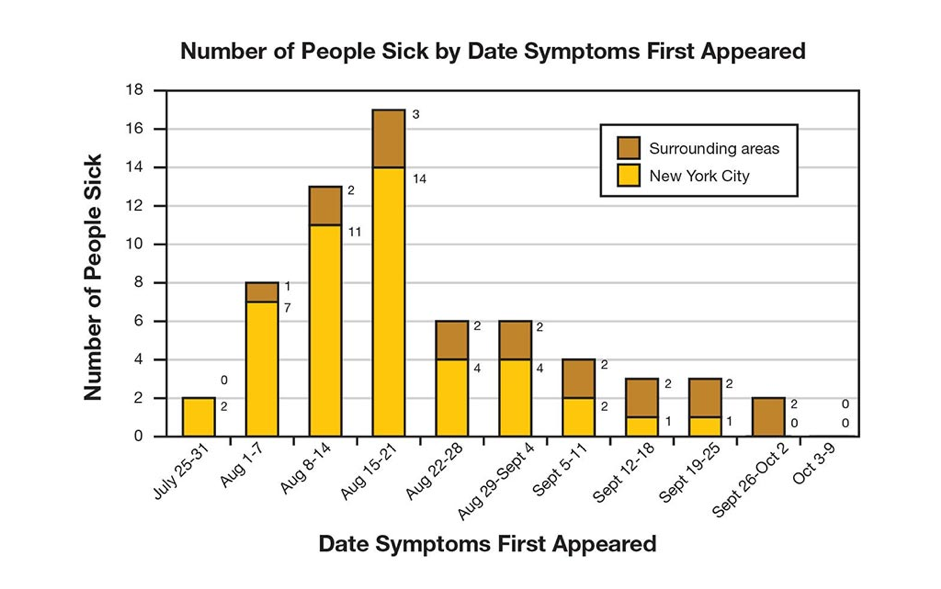 Patients interviews are then reviewed to find clues that might contain the cause of the disease, how it undergoes transmission, and contacts of those with the disease. This is crucial to an investigation because it could speed up the tracking process and help find the origin faster. In “Breathless in the Midwest,” interviews proved to be instrumental in the finding of the origin of anthrax in individuals who attended a music workshop. A man was asked about his recent travels, and this showed he left the country and brought back animal skins which held anthrax spores. He used these skins to make drums which the infected viewed at the music workshop. (CDC, 2013) 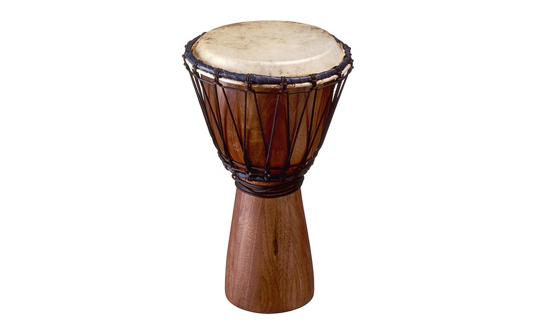 After this, a proper case definition is made from the combination of the above steps, which helps further understand the conditions of the disease. This is seen in “The Queens Killer” section of the game, where the possible virus is defined and the symptoms of individuals are identified. The St. Louis encephalitis virus is defined as a virus transmitted by people by the bite of a mosquito. A “high number of New Yorkers were hospitalized with encephalitis.” This is inflammation of the brain, including a high fever, bad headache, and extreme muscle weakness. Symptoms include:

This helps further categorize individuals by symptoms. These symptoms are then reviewed for initial diagnosis. Tests are then performed on patients to move towards a final diagnosis with scientific evidence. Blood tests were conducted on individuals who experienced the symptoms in “The Queens Killer” outbreak. The evidence helped identify the two possible viruses that could have caused the outbreak, the St. Louis encephalitis Virus or the West Nile Virus. (CDC, 2013) 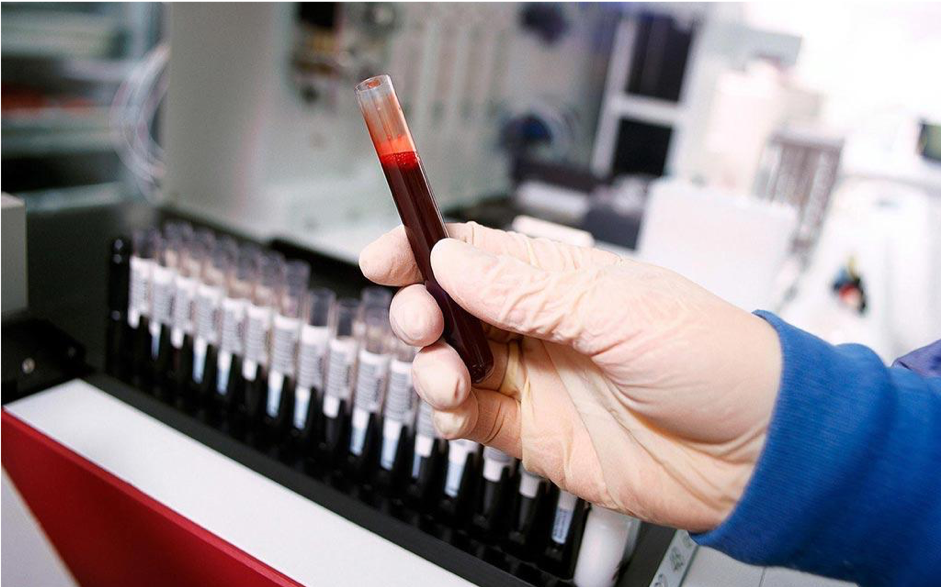 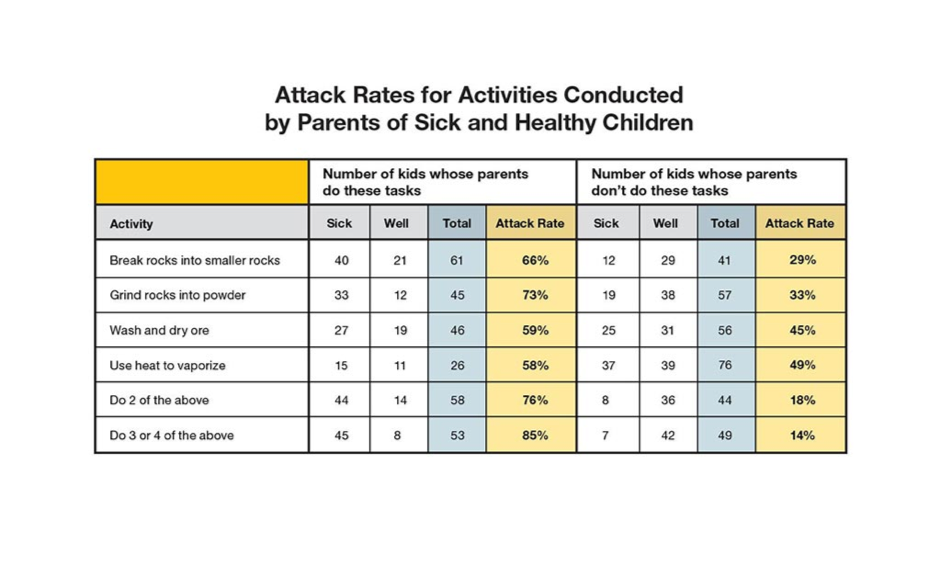 Once the Line listing is created, epidemiologists make a final diagnosis with the accumulation of data. Researchers determined that the children were exposed to lead, which led to poisoning. Treatment was administered to the sickest children first. The treatment included chelation therapy, this oral medicine bonded with metals in the body to excrete the chemicals through urination.