The use of education is not only vital to the individual but also to social and economic foundations because of education impact both individual and population health. One can rightfully say that the use of the ecological model can be used as a model to understand how factors or element such as education on the social level can impact health and cause health disparities in society as a whole. Although factors that are beyond individual control such as genetics can greatly affect health and cause health disparities among individuals, researchers have found that According to one study, college graduates with only a Bachelor’s degree were 26 percent more likely to die during a 5-year study follow up period than those with a professional degree. Americans with less than a high school education were almost twice as likely to die in the next 5 years compared to those with a professional degree. ( Zimmerman, Woolf, Haley, 2015). 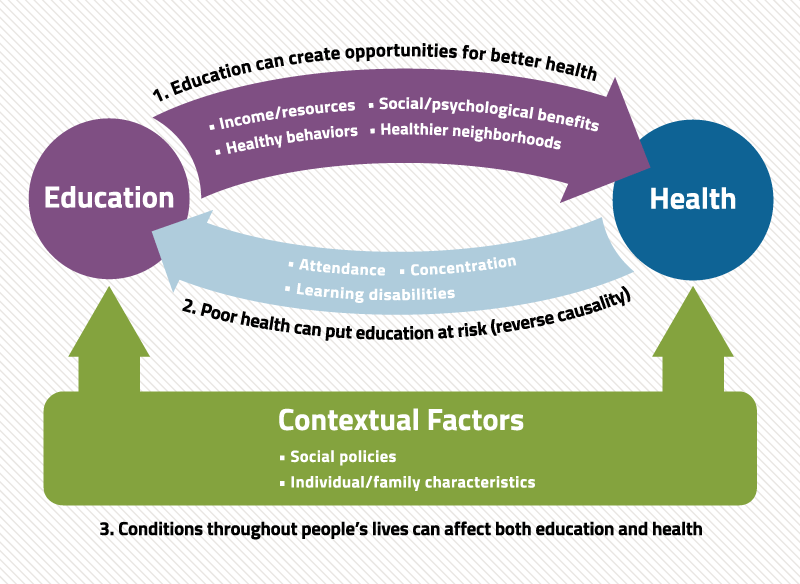 The more an individual is educated or has a higher level of education the less likely that individuals will participate in behaviors that will cause health-related problems. Let it be understood that although this is true, just as health disparities in society exist, inequality in education put some individuals more at risk of health-related problems. For example, children and individuals from low-income urban neighborhood or family’s education is not the same as those from a suburban neighborhood. Differences in levels of education or SES increases differences in knowledge attainment which can create either opportunities or disadvantaged for an individual achieving better health.