Senses provide information about the body and its environment. Humans have five special senses: olfaction (smell), gustation (taste), equilibrium (balance and body position), vision, and hearing. Additionally, we possess general senses, also called somatosensation, which respond to stimuli like temperature, pain, pressure, and vibration. Vestibular sensation, which is an organism’s sense of spatial orientation and balance, proprioception (position of bones, joints, and muscles), and the sense of limb position that is used to track kinesthesia (limb movement) are part of somatosensation. Although the sensory systems associated with these senses are very different, all share a common function: to convert a stimulus (such as light, or sound, or the position of the body) into an electrical signal in the nervous system. This process is called sensory transduction.

There are two broad types of cellular systems that perform sensory transduction. In one, a neuron works with a sensory receptor, a cell, or cell process that is specialized to engage with and detect a specific stimulus. Stimulation of the sensory receptor activates the associated afferent neuron, which carries information about the stimulus to the central nervous system. In the second type of sensory transduction, a sensory nerve ending responds to a stimulus in the internal or external environment: this neuron constitutes the sensory receptor. Free nerve endings can be stimulated by several different stimuli, thus showing little receptor specificity. For example, pain receptors in your gums and teeth may be stimulated by temperature changes, chemical stimulation, or pressure.

The first step in sensation is reception, which is the activation of sensory receptors by stimuli such as mechanical stimuli (being bent or squished, for example), chemicals, or temperature. The receptor can then respond to the stimuli. The region in space in which a given sensory receptor can respond to a stimulus, be it far away or in contact with the body, is that receptor’s receptive field. Think for a moment about the differences in receptive fields for the different senses. For the sense of touch, a stimulus must come into contact with the body. For the sense of hearing, a stimulus can be a moderate distance away. For vision, a stimulus can be very far away; for example, the visual system perceives light from stars at enormous distances. 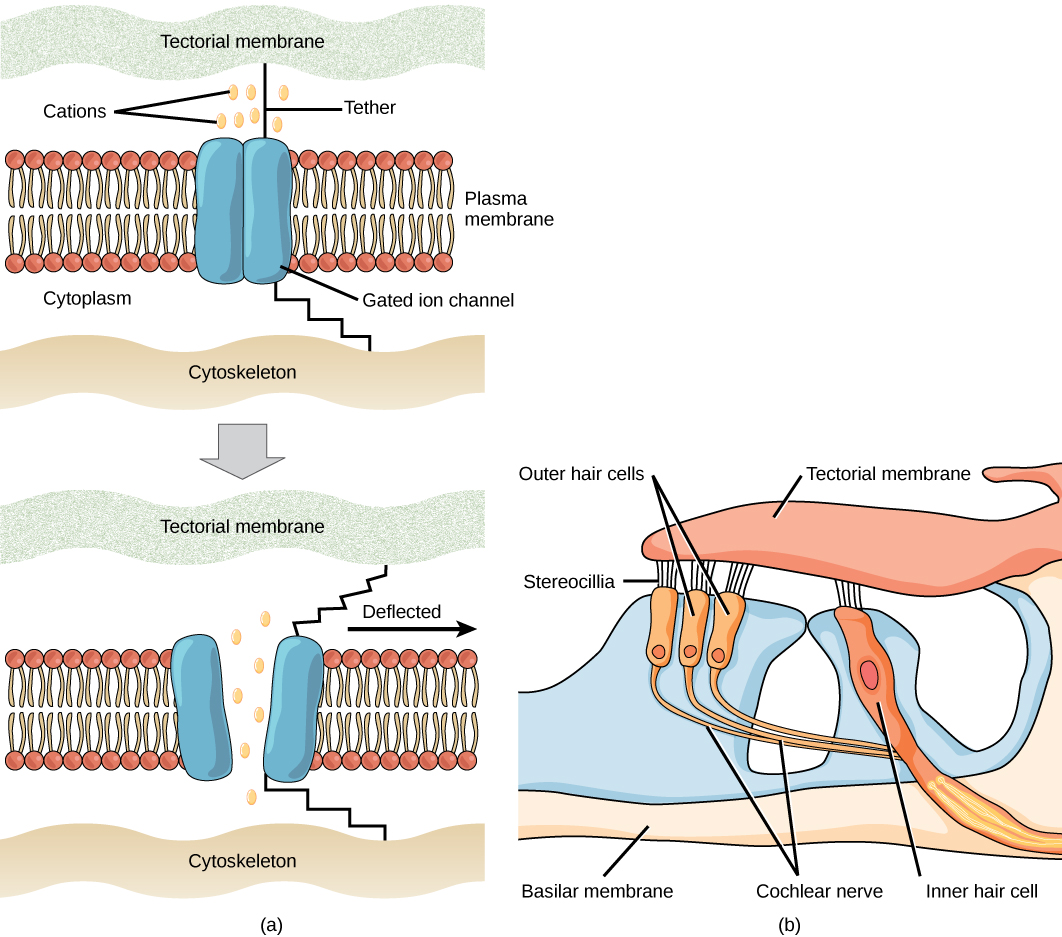 How are neural signals interpreted? Interpretation of sensory signals between individuals is largely similar; however, there are some individual differences. A good example of this is individual tolerances to a painful stimulus, such as dental pain, which certainly differ.