The Process of Breathing 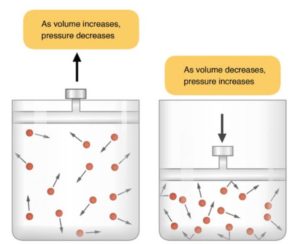 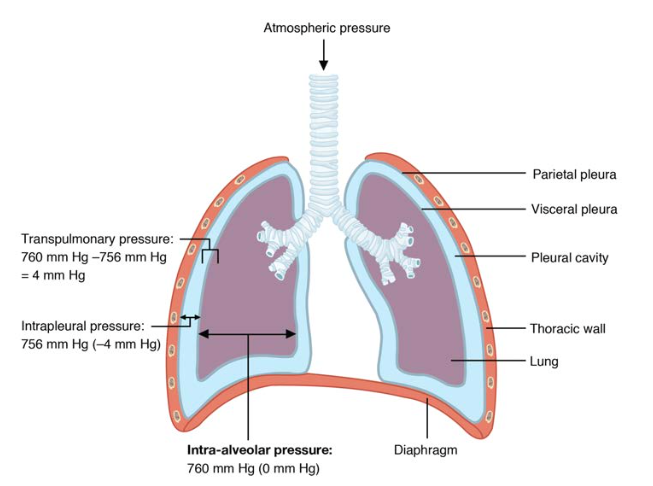 Figure 2. Alveolar pressure changes during the different phases of the cycle. It equalizes at 760 mm Hg but does not remain at 760 mm Hg.

In addition to the differences in pressures, breathing is also dependent upon the contraction and relaxation of muscle fibers of both the diaphragm and thorax. The lungs themselves are passive during breathing, meaning they are not involved in creating the movement that helps inspiration and expiration. This is because of the adhesive nature of the pleural fluid, which allows the lungs to be pulled outward when the thoracic wall moves during inspiration. The recoil of the thoracic wall during expiration causes compression of the lungs. Contraction and relaxation of the diaphragm and intercostal muscles (found between the ribs) cause most of the pressure changes that result in inspiration and expiration. These muscle movements and subsequent pressure changes cause air to either rush in or be forced out of the lungs.

The difference in pressures drives pulmonary ventilation because air flows down a pressure gradient, that is, air flows from an area of higher pressure to an area of lower pressure. Air flows into the lungs largely due to a difference in pressure; atmospheric pressure is greater than intra-alveolar pressure. Air flows out of the lungs during expiration based on the same principle; pressure within the lungs becomes greater than the atmospheric pressure.

Pulmonary ventilation comprises two major steps: inspiration and expiration. Inspiration is the process that causes air to enter the lungs, and expiration is the process that causes air to leave the lungs (Figure 3). A respiratory cycle is one sequence of inspiration and expiration. In general, two muscle groups are used during normal inspiration: the diaphragm and the external intercostal muscles. Additional muscles can be used if a bigger breath is required. When the diaphragm contracts, it moves inferiorly toward the abdominal cavity, creating a larger thoracic cavity and more space for the lungs. Contraction of the external intercostal muscles moves the ribs upward and outward, causing the rib cage to expand, which increases the volume of the thoracic cavity. Due to the adhesive force of the pleural fluid, the expansion of the thoracic cavity forces the lungs to stretch and expand as well. This increase in volume leads to a decrease in intra-alveolar pressure, creating a pressure lower than atmospheric pressure. As a result, a pressure gradient is created that drives air into the lungs. 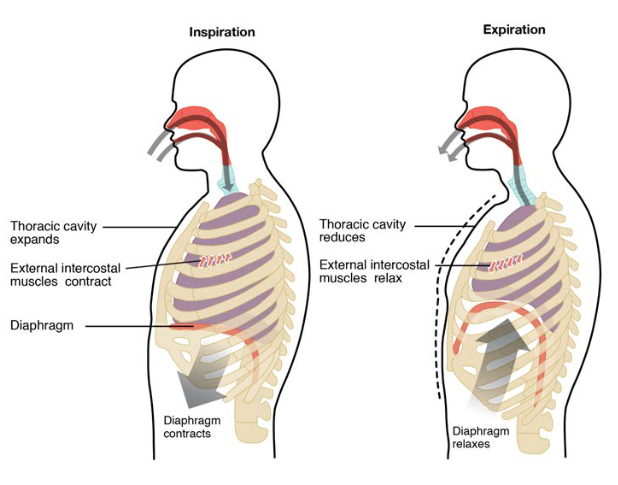 Figure 3. Inspiration and expiration occur due to the expansion and contraction of the thoracic cavity, respectively.

The process of normal expiration is passive, meaning that energy is not required to push air out of the lungs. Instead, the elasticity of the lung tissue causes the lung to recoil, as the diaphragm and intercostal muscles relax following inspiration. In turn, the thoracic cavity and lungs decrease in volume, causing an increase in interpulmonary pressure. The interpulmonary pressure rises above atmospheric pressure, creating a pressure gradient that causes air to leave the lungs.

In contrast, forced breathing, also known as hyperpnea, is a mode of breathing that can occur during exercise or actions that require the active manipulation of breathing, such as singing. During forced breathing, inspiration and expiration both occur due to muscle contractions. In addition to the contraction of the diaphragm and intercostal muscles, other accessory muscles must also contract. During forced inspiration, muscles of the neck, including the scalenes, contract and lift the thoracic wall, increasing lung volume. During forced expiration, accessory muscles of the abdomen, including the obliques, contract, forcing abdominal organs upward against the diaphragm. This helps to push the diaphragm further into the thorax, pushing more air out. In addition, accessory muscles (primarily the internal intercostals) help to compress the rib cage, which also reduces the volume of the thoracic cavity.

Figure 4. These two graphs show (a) respiratory volumes and (b) the combination of volumes that results in respiratory capacity.

Tidal volume (TV) is the amount of air that normally enters the lungs during quiet breathing, which is about 500 milliliters. Expiratory reserve volume (ERV) is the amount of air you can forcefully exhale past a normal tidal expiration, up to 1200 milliliters for men. Inspiratory reserve volume (IRV) is produced by a deep inhalation, past a tidal inspiration. This is the extra volume that can be brought into the lungs during a forced inspiration. Residual volume (RV) is the air left in the lungs if you exhale as much air as possible. The residual volume makes breathing easier by preventing the alveoli from collapsing. Respiratory volume is dependent on a variety of factors, and measuring the different types of respiratory volumes can provide important clues about a person’s respiratory health (see Table 1).

Respiratory Rate and Control of Ventilation

Breathing usually occurs without thought, although at times you can consciously control it, such as when you swim under water, sing a song, or blow bubbles. The respiratory rate is the total number of breaths, or respiratory cycles, that occur each minute. Respiratory rate can be an important indicator of disease, as the rate may increase or decrease during an illness or in a disease condition. The respiratory rate is controlled by the respiratory center located within the medulla oblongata in the brain, which responds primarily to changes in carbon dioxide, oxygen, and pH levels in the blood.

Factors That Affect the Rate and Depth of Respiration

The respiratory rate and the depth of inspiration are regulated by the respiration centers of the brain: the medulla oblongata and pons. These centers respond to systemic stimuli utilizing a positive-feedback relationship in which the greater the stimulus, the greater the response. Thus, increasing stimuli results in forced breathing. Multiple systemic factors are involved in stimulating the brain to produce pulmonary ventilation.

Another factor involved in influencing the respiratory activity of the brain is systemic arterial concentrations of hydrogen ions. Increasing carbon dioxide levels can lead to increased H+ levels, as mentioned above, as well as other metabolic activities, such as lactic acid accumulation after strenuous exercise. Peripheral chemoreceptors of the aortic arch and carotid arteries sense arterial levels of hydrogen ions. When peripheral chemoreceptors sense decreasing, or more acidic, pH levels, they stimulate an increase in ventilation to remove carbon dioxide from the blood at a quicker rate. Removal of carbon dioxide from the blood helps to reduce hydrogen ions, thus increasing systemic pH.

Sleep apnea is a chronic disorder that can occur in children or adults, and is characterized by the cessation of breathing during sleep. These episodes may last for several seconds or several minutes, and may differ in the frequency with which they are experienced. Sleep apnea leads to poor sleep, which is reflected in the symptoms of fatigue, evening napping, irritability, memory problems, and morning headaches. In addition, many individuals with sleep apnea experience a dry throat in the morning after waking from sleep, which may be due to excessive snoring.

A diagnosis of sleep apnea is usually done during a sleep study, where the patient is monitored in a sleep laboratory for several nights. The patient’s blood oxygen levels, heart rate, respiratory rate, and blood pressure are monitored, as are brain activity and the volume of air that is inhaled and exhaled. Treatment of sleep apnea commonly includes the use of a device called a continuous positive airway pressure (CPAP) machine during sleep. The CPAP machine has a mask that covers the nose, or the nose and mouth, and forces air into the airway at regular intervals. This pressurized air can help to gently force the airway to remain open, allowing more normal ventilation to occur. Other treatments include lifestyle changes to decrease weight, eliminate alcohol and other sleep apnea–promoting drugs, and changes in sleep position. In addition to these treatments, patients with central sleep apnea may need supplemental oxygen during sleep.