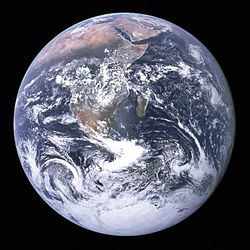 Earth is the mighty planet upon which we all live. Only recently have humans begun to understand the complexity of this planet. In fact, it was only a few hundred years ago that we discovered that Earth was just a tiny part of an enormous galaxy, which in turn is a small part of an even greater universe. Earth Science deals with any and all aspects of the Earth. Our Earth has molten lava, icy mountain peaks, steep canyons and towering waterfalls. Earth scientists study the atmosphere high above us as well as the planet’s core far beneath us. Earth scientists study parts of the Earth as big as continents and as small as the tiniest atom. In all its wonder, Earth scientists seek to understand the beautiful sphere on which we thrive (Figure 1.9).

Because the Earth is so large and science is so complex, Earth scientists specialize in studying just a small aspect of our Earth. Since all of the branches are connected together, specialists work together to answer complicated questions. Let’s look at some important branches of Earth Science.

Geology is the study of the solid matter that makes up Earth. Anything that is solid, like rocks, minerals, mountains, and canyons is part of geology. Geologists study the way that these objects formed, their composition, how they interact with one another, how they erode, and how humans can use them. Geology has so many branches that most geologists become specialists in one area. For example, a mineralogist studies the composition and structure of minerals such as halite (rock salt), quartz, calcite, and magnetite (Figure 1.10). 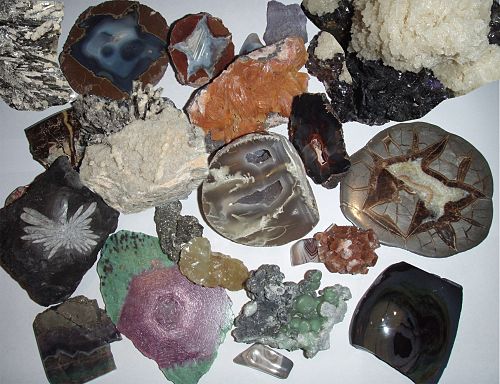 Figure 1.10: Mineralogists focus on all kinds of minerals. 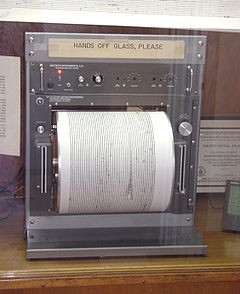 Figure 1.11: Seismographs are used to measure earthquakes and pinpoint their origins.

A volcanologist braves the high temperatures and molten lava of volcanoes. Seismologists study earthquakes and the forces of the Earth that create them. Seismologists monitor earthquakes worldwide to help protect people and property from harm (Figure 1.11). Scientists interested in fossils are paleontologists, while scientists who compare other planets’ geologies to that of the Earth are called planetary geologists. There are geologists who only study the Moon. Some geologists look for petroleum, others are specialists on soil. Geochronologists study how old rocks are and determine how different rock layers formed. There are so many specialties in geology that there is probably an expert in almost anything you can think of related to the Earth (Figure 1.12). 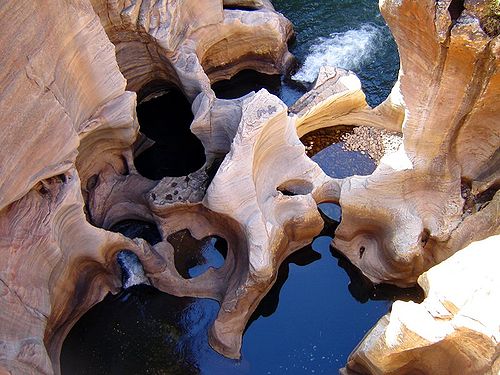 Figure 1.12: Geology is the study of the solid Earth and its processes.

Oceanography is the study of everything in the ocean environment. More than 70% of the Earth’s surface is covered with water. Most of that water is found in the oceans. Recent technology has allowed us to go to the deepest parts of the ocean, yet much of the ocean remains truly unexplored. Some people call the ocean the last frontier. But it is a frontier already deeply influence by human activity. As the human population gets ever bigger, we are affecting the ocean in many ways. Populations of fish and other marine species have plummeted because of overfishing; contaminants are polluting the waters, and global warming caused by greenhouse gases is melting the thick ice caps. As ocean waters warm, the water expands and, along with the melting ice caps, causes sea levels to rise.

Climatologists help us understand the climate and how it will change in the future in response to global warming. Oceanographers study the vast seas and help us to understand all that happens in the water world. As with geology, there are many branches of oceanography. Physical oceanography is the study of the processes in the ocean itself, like waves and ocean currents (Figure 1.13). Marine geology uses geology to study ocean earthquakes, mountains, and trenches. Chemical oceanography studies the natural elements in ocean water and pollutants. 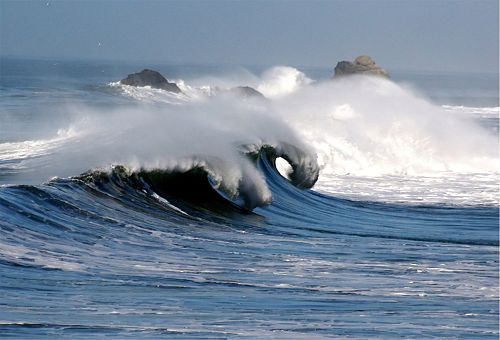 Meteorologists don’t study meteors — they study the atmosphere! Perhaps this branch of Earth Science is strangely named but it is very important to living creatures like humans. Meteorology includes the study of weather patterns, clouds, hurricanes, and tornadoes. Using modern technology like radars and satellites, meteorologists work to predict or forecast the weather. Because of more accurate forecasting techniques, meteorologists can help us to prepare for major storms, as well as help us know when we should go on picnics.

Climatologists and other atmospheric scientists study the whole atmosphere, which is a thin layer of gas that surrounds the Earth. Most of it is within about 10 – 11 kilometers of the Earth’s surface. Earth’s atmosphere is denser than Mars’s thin atmosphere, where the average temperature is -63° C, and not as thick as the dense atmosphere on Venus, where carbon dioxide in the atmosphere makes it hot and sulfuric acid rains in the upper atmosphere. The atmosphere on Earth is just dense enough to even out differences in temperature from the equator to the poles, and contains enough oxygen for animals to breathe.

Over the last several decades, climatologists studying the gases in our atmosphere have found that humans are putting higher levels of carbon dioxide into the air by burning fossil fuels (Figure 1.14). Normally, the atmosphere contains small amounts of carbon dioxide, however, with increases in the burning of fossil fuels more than normal amounts are present. These higher concentrations of carbon dioxide can lead to higher surface temperatures. Much of climate change science is based on the increases of greenhouse gases, like carbon dioxide, in the atmosphere and the effect those higher concentrations have on global temperatures.  Climatologists can help us better understand the climate and how it may change in the future in response to different amounts of greenhouse gases and other factors (Figure 1.15). 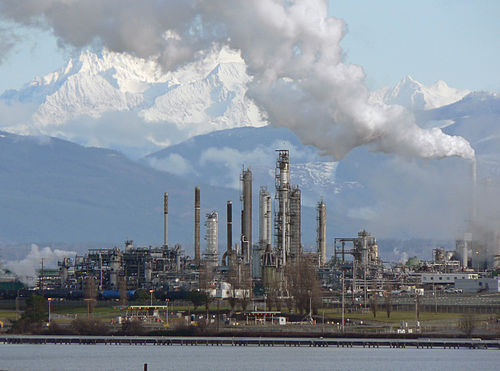 Figure 1.14: Man-made carbon dioxide released into the atmosphere has been linked to rises in atmospheric temperatures. 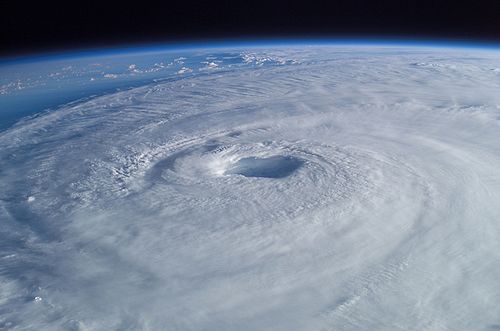 Figure 1.15: When hurricanes are accurately forecast by meteorologists, many lives can be saved. 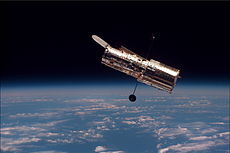 Astronomers have proven that our Earth and solar system are not the only set of planets in the universe. As of June 2015, over a thousand planets outside our solar system had been discovered. Although no one can be sure how many there are, astronomers estimate that there are billions of other planets. In addition, the universe contains black holes, other galaxies, asteroids, comets, and nebula. As big as Earth seems to us, the entire universe is vastly greater. Our Earth is an infinitesimally small part of our universe.

Astronomers use resources on the Earth to study physical things beyond the Earth. They use a variety of instruments like optical telescopes and radio telescopes to see things far beyond what the human eye can see. Spacecraft travel great distances in space to send us information on faraway places, while telescopes in orbit observe astronomical bodies from the darkness of space (Figure 1.16).

Astronomers ask a wide variety of questions. Astronomers could study how an object or energy outside of Earth could affect us. An impact from an asteroid could have terrible effects for life on Earth. Strong bursts of energy from the sun, called solar flares, can knock out a power grid or disturb radio, television or cell phone communications. But astronomers ask bigger questions too. How was the universe created? Are there other planets on which we might live? Are there resources that we could use? Is there other life out there? Astronomy also relies on Earth Science, when scientists compare what we know about life on Earth to the chances of finding life beyond this planet.

Other Branches of Earth Science

Below are examples of a few branches of science that are directly related to Earth science. Environmental scientists study the ways that humans interact with the Earth and the effects of that interaction. We hope to find better ways of sustaining the environment. Biogeography is a branch of science that investigates changes in populations of organisms in relation to place over time. These scientists attempt to explain the causes of species’ movement in history. Ecologists focus on ecosystems, the complex relationship of all life forms and the environment in a given place (Figure 1.17). They try to predict the chain reactions that could occur when one part of the ecosystem is disrupted. 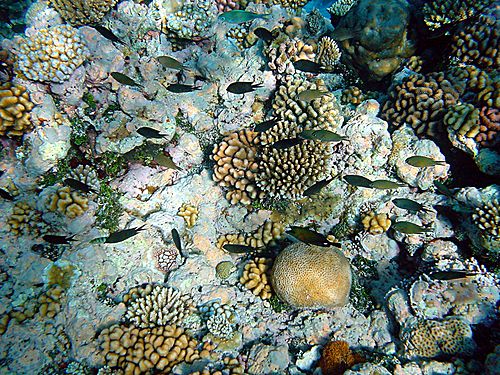 Figure 1.17: In a marine ecosystem, coral, fish, and other sea life depend on each other for survival.

As opposed to an oceanographer, a limnologist studies inland waters like rivers and lakes. A hydrogeologist focuses on underground water found between soil and rock particles, while glaciologists study glaciers and ice.

None of these scientific endeavors would be possible without geographers who explore the features of the surface and work with cartographers, who make maps. Stratigraphy is another area of Earth science which examines layers of rock beneath the surface (Figure 1.18). This helps us to understand the geological history of the Earth. There is a branch of science for every interest and each is related to the others. 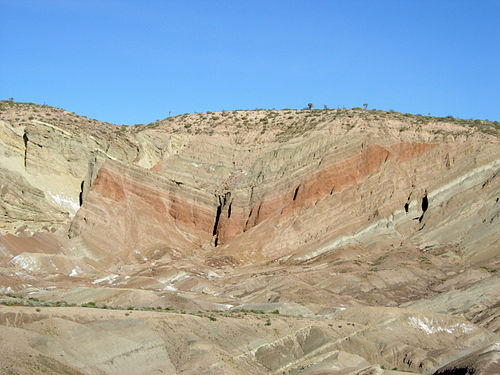 Figure 1.18: Folded strata are layers in the rock that have bent over time. Stratigraphy attempts to explain these layers and the geologic history of the area.