Glaciers cover about 10% of the land surface near Earth’s poles and they are also found in high mountains. During the Ice Ages, glaciers covered as much as 30% of Earth. Around 600 to 800 million years ago, geologists think that almost all of the Earth was covered in snow and ice. Scientists use the evidence of erosion and deposition left by glaciers to do a kind of detective work to figure out where the ice once was.

Glaciers are solid ice that move extremely slowly along the land surface (Figure  below). Glacial ice erodes and shapes the underlying rocks. Glaciers also deposit sediments in characteristic landforms. The two types of glaciers are: 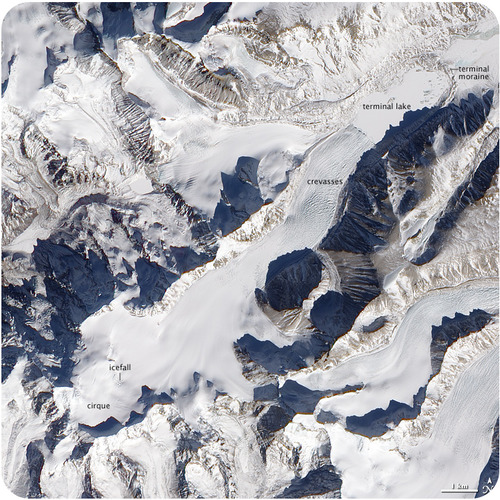 A satellite image of glaciers in the Himalaya with some features labeled.

Glaciers erode the underlying rock by abrasion and plucking. Glacial meltwater seeps into cracks of the underlying rock, the water freezes and pushes pieces of rock outward. The rock is then plucked out and carried away by the flowing ice of the moving glacier (Figure  below). With the weight of the ice over them, these rocks can scratch deeply into the underlying bedrock making long, parallel grooves in the bedrock, called glacial striations. 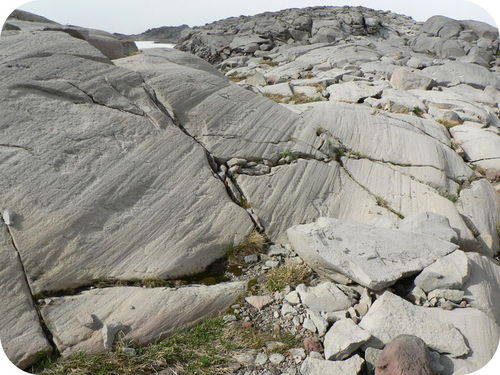 Glacial striations point the direction a glacier has gone.

Mountain glaciers leave behind unique erosional features. When a glacier cuts through a ‘V’ shaped river valley, the glacier pucks rocks from the sides and bottom. This widens the valley and steepens the walls, making a ‘U’ shaped valley (Figure  below).

A U shaped valley in Glacier National Park. 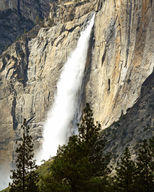 Yosemite Valley is known for waterfalls that plunge from hanging valleys.

Up high on a mountain, where a glacier originates, rocks are pulled away from valley walls. Some of the resulting erosional features are shown: Figure  below and Figure  below. 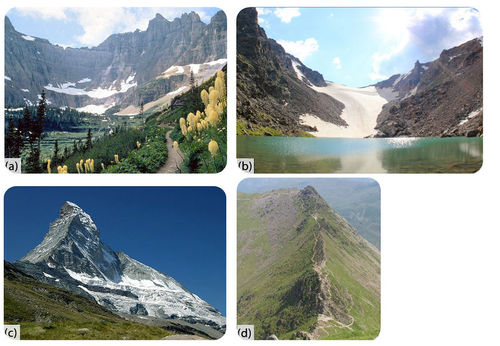 (a) A bowl-shaped cirque in Glacier National Park was carved by glaciers. (b) A high altitude lake, called a tarn, forms from meltwater trapped in the cirque. (c) Several cirques from glaciers flowing in different directions from a mountain peak, leave behind a sharp sided horn, like the Matterhorn in Switzerland. (d) When glaciers move down opposite sides of a mountain, a sharp edged ridge, called an arête, forms between them. 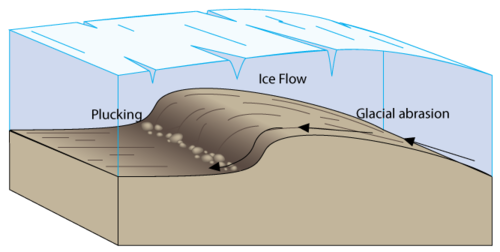 A roche moutonée forms where a glacier smooths the uphill side of the bedrock and plucks away rock from the downslope side.

As glaciers flow, mechanical weathering loosens rock on the valley walls, which falls as debris on the glacier. Glaciers can carry rock of any size, from giant boulders to silt (Figure  below). These rocks can be carried for many kilometers for many years. These rocks with a different rock type or origin from the surrounding bedrock are glacial erratics. Melting glaciers deposit all the big and small bits of rocky material they are carrying in a pile. These unsorted deposits of rock are called glacial till. 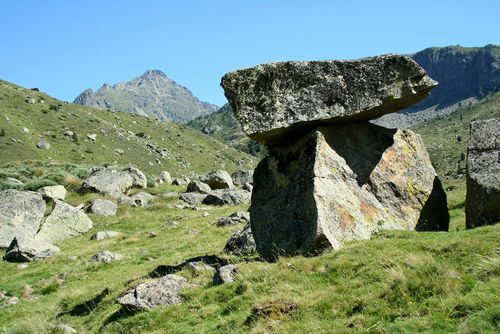 A large boulder dropped by a glacier is a glacial erratic.

Glacial till is found in different types of deposits. Linear rock deposits are called moraines. Geologists study moraines to figure out how far glaciers extended and how long it took them to melt away. Moraines are named by their location relative to the glacier: 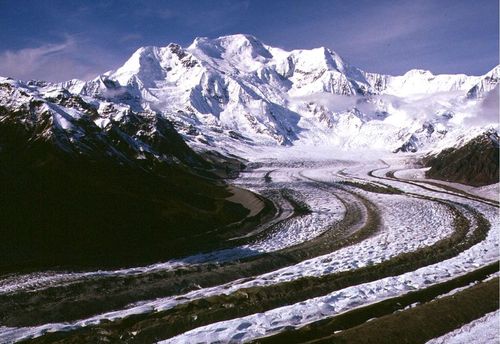 The long, dark lines are medial and lateral moraines.

(a) An esker is a winding ridge of sand and gravel deposited under a glacier by a stream of meltwater. (b) A drumlin is an asymmetrical hill made of sediments that points in the direction the ice moved. Usually drumlins are found in groups called drumlin fields.

While glaciers dump unsorted sediments, glacial meltwater can sort and re-transport the sediments (Figure  below).

(a) A sorted deposit of sand and smaller particles is stratified drift. A broad area of stratified drift from meltwater over broad region is an outwash plain. (b) Kettle lakes form as blocks of ice in glacial till melt.

Several types of stratified deposits form in glacial regions but are not formed directly by the ice. Varves form where lakes are covered by ice in the winter. Dark, fine-grained clays sink to the bottom in winter but melting ice in spring brings running water that deposits lighter colored sands. Each alternating dark/light layer represents one year of deposits. If during a year, a glacier accumulates more ice than melts away, the glacier advances downhill. If a glacier melts more than it accumulates over a year, it is retreating (Figure  below).

Grinnell Glacier in Glacier National Park has been retreating over the past 70 years.