Introduction to the Oceans

Have you ever heard the Earth called the “Blue Planet”? This term makes sense, because over 70% of the surface of the Earth is covered with water. The vast majority of that water (97.2%) is in the oceans. Without all that water, our world would be a different place. The oceans are an important part of Earth: they help to determine the make-up of the air, they help determine the weather and temperature, and they support great amounts of life. The composition of ocean water is unique to its location and depth. Just as Earth’s interior is divided into layers, the ocean separated into different layers, called the water column.

How the Oceans Formed

Scientists have developed a number of hypotheses about how the oceans formed. Though these hypotheses have changed over time, one idea now has the wide support of Earth scientists, called the volcanic outgassing theory. This means that water vapor given off by volcanoes erupting over millions or billions of years, cooled and condensed to form Earth’s oceans.

Creation and Collection of Water

When the Earth was formed 4.6 billion years ago, it would never have been called the Blue Planet. There were no oceans, there was no oxygen in the atmosphere, and no life. But there were violent collisions, explosions, and eruptions. In fact, the Earth in its earliest stage was molten. This allowed elements to separate into layers within the Earth — gravity pulled denser elements toward the Earth’s center, while less dense materials accumulated near the surface. This process of separation created the layers of the Earth as we know them.

As temperatures cooled, the surface solidified and an atmosphere was created. Volcanic eruptions released water vapor from the Earth’s crust, while more water came from asteroids and comets that collided with the Earth (Figure 14.1). About 4 billion years ago, temperatures cooled enough for oceans to begin forming. 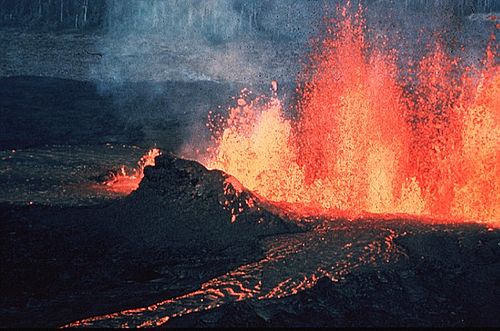 Figure 14.1: Volcanic activity was common in Earth’s early stages, when the oceans had not yet begun to form.

As you know, the continents were not always in the same shape or position as they are today. Because of tectonic plate movements, land masses have moved about the Earth since they were created. About 250 million years ago, all of the continents were arranged in one huge mass of land called Pangea (Figure 14.2). This meant that most of Earth’s water was collected in a huge ocean called Panthalassa. By about 180 million years ago, Pangea had begun to break apart because of continental drift. This then separated the Panthalassa Ocean into separate but connected oceans that are the ocean basins we see today on Earth. 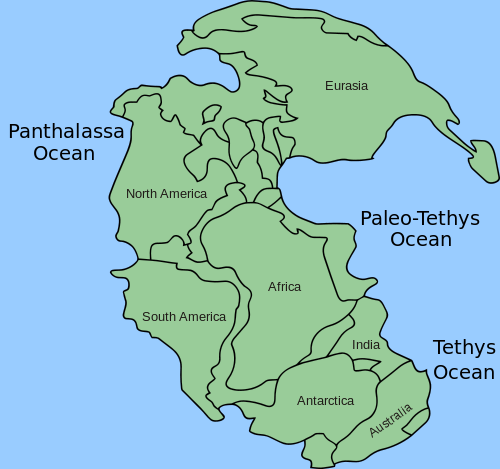 Figure 14.2: Pangea was the sole landform 250 million years ago, leaving a huge ocean called Panthalassa, along with a few smaller oceans.

The Earth’s oceans play an important role in maintaining the world as we know it. Indeed, the ocean is largely responsible for keeping the temperatures on Earth fairly steady. It may get pretty cold where you live in the wintertime. Some places on Earth get as cold as -70°C. Some places get as hot as 55°C. This is a range of 125°C. But compare that to the surface temperature on Mercury: it ranges from -180°C to 430°C, a range of 610°C. Mercury has neither an atmosphere nor an ocean to buffer temperature changes so it gets both extremely hot and very cold. 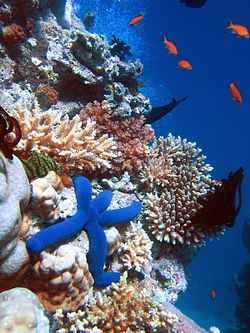 Figure 14.3: Coral reefs are amongst the most densely inhabited and diverse areas on the globe.

The ocean is home to an enormous amount of life. This includes many kinds of microscopic life, plants and algae, invertebrates like sea stars and jellyfish, fish, reptiles, and marine mammals. The many different creatures of the ocean form a vast and complicated food web, that actually makes up the majority of all biomass on Earth. (Biomass is the total weight of living organisms in a particular area.) We depend on the ocean as a source of food and even the oxygen created by marine plants. Scientists are still discovering new creatures and features of the oceans, as well as learning more about marine ecosystems (Figure 14.3).

Finally, the ocean provides the starting point for the Earth’s water cycle. Most of the water that evaporates into the atmosphere initially comes from the ocean. This water, in turn, falls on land in the form of precipitation. It creates snow and ice, streams and ponds, without which people would have little fresh water. A world without oceans would be a world without you and me. 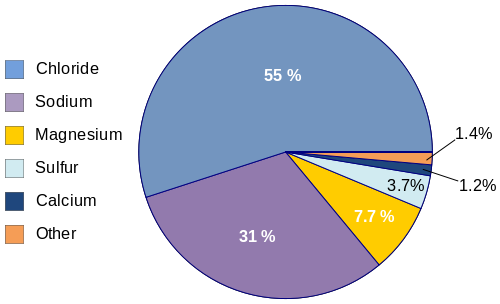 In 1960, one of the deepest parts of the ocean (10,910 meters) was reached by two men in a specially designed submarine called the Trieste (Figure 14.5). This part of the ocean has been named the Challenger Deep. In contrast, the average depth of the ocean is 3,790 meters—still an incredible depth for sea creatures to live at and for humans to travel. What makes it so hard to live at the bottom of the ocean? There are three major factors—the absence of light, low temperature, and extremely high pressure. In order to better understand regions of the ocean, the scientists define different regions by depth (Figure 14.6). 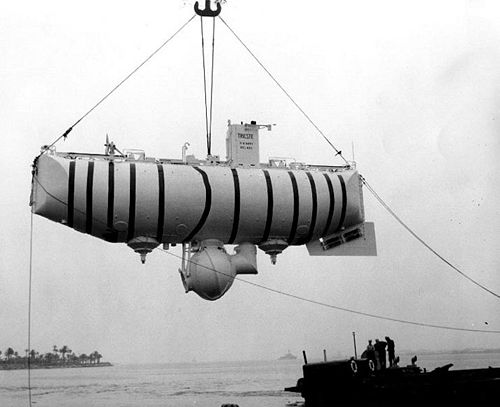 Figure 14.5: The Trieste made a record dive to the Challenger Deep in 1960. James Cameron repeated this feat in 2012. 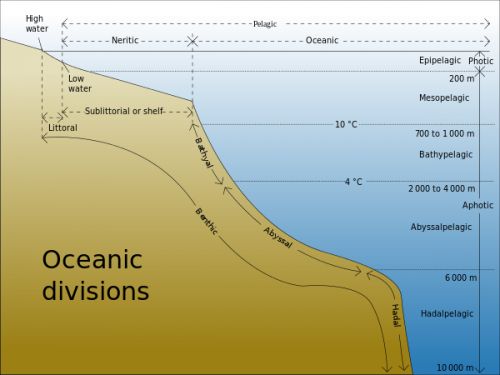 Figure 14.6: The ocean environment is divided into many regions based on factors like availability of light and nutrients. Organisms adapt to the conditions and resources in the regions in which they live.

Sunlight only penetrates water to a depth of about 200 meters, a region called the photic zone (photic means light). Since organisms that photosynthesize depend on sunlight, they can only live in the top 200 meters of water. Such photosynthetic organisms supply almost all the energy and nutrients to the rest of the marine food web. Animals that live deeper than 200 meters mostly feed on whatever drops down from the photic zone.

Beneath the photic zone is the aphotic zone, where there is not enough light for photosynthesis. The aphotic zone makes up the majority of the ocean but a minority of its life forms. Descending to the ocean floor, the water temperature decreases while pressure increases tremendously. Each region is progressively deeper and colder, with the very deepest areas in ocean trenches.

The ocean can also be divided by horizontal distance from the shore. Nearest to the shore lies the intertidal zone. In this region, you might find waves, changes in tide, and constant motion in the water that exposes the water to large amounts of air. Organisms that live in this zone are adapted to withstand waves and exposure to air in low tides, by having strong attachments and hard shells. The neritic zone includes the intertidal zone and the part of the ocean floor that very gradually slopes downward, the continental shelf. Lots of oceanic plants live in this zone, since some sunlight still penetrates to the bottom of the ocean floor in the neritic zone. Beyond the neritic zone is the oceanic zone, where the sloping sea floor takes a much even steeper dive and sunlight does not reach. Animals such as sharks, fish, and whales can be found in this zone. They feed on materials that sink from upper levels, or consume one another. At hydrothermal vents, areas of extremely hot water with lots of dissolved materials allow rare and unusual producers to thrive.