Chapter 12: Standardized and Other Formal Assessments

In order to understand test results from standardized tests it is important to be familiar with a variety of terms and concepts that are fundamental to “measurement theory,” the academic study of measurement and assessment. Two major areas in measurement theory, reliability and validity, were discussed in the previous chapter; in this chapter we focus on concepts and terms associated with test scores. 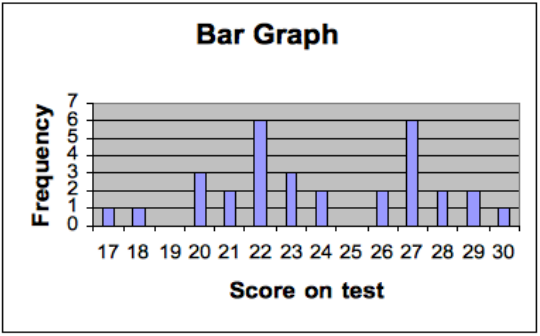 Figure 1: Tests scores from Table 1 represented as a bar graph

There are three common ways of measuring central tendency or which score(s) are typical. The mean is calculated by adding up all the scores and dividing by the number of scores. In the example in Table 1, the mean is 24. The median is the “middle” score of the distribution—that is half of the scores are above the median and half are below. The median on the distribution is 23 because 15 scores are above 23 and 15 are below. The mode is the score that occurs most often. In Table 1 there are actually two modes: 22 and 27. Thus, this distribution is described as bimodal. Calculating the mean, median and mode are important as each provides different information for teachers. The median represents the score of the “middle” students, with half scoring above and below, but does not tell us about the scores on the test that occurred most often. The mean is important for some statistical calculations but is highly influenced by a few extreme scores (called outliers) but the median is not. To illustrate this, imagine a test out of 20 points taken by 10 students, and most do very well but one student does very poorly. The scores might be 4, 18, 18, 19, 19, 19, 19, 19, 20, 20. The mean is 17.5 (175/10) but if the lowest score (4) is eliminated the mean is now is 1.5 points higher at 19 (171/9). However, in this example the median remains at 19 whether the lowest score is included. When there are some extreme scores the median is often more useful for teachers in indicating the central tendency of the frequency distribution.

The measures of central tendency help us summarize scores that are representative, but they do not tell us anything about how variable or how spread out are the scores. Figure 2 illustrates sets of scores from two different schools on the same test for fourth graders. Note that the mean for each is 40 but in School A the scores are much less spread out. A simple way to summarize variability is the range, which is the lowest score subtracted from the lowest score. In School A with low variability the range is (45 − 35) = 10; in the school B the range is (55 − 22 = 33). 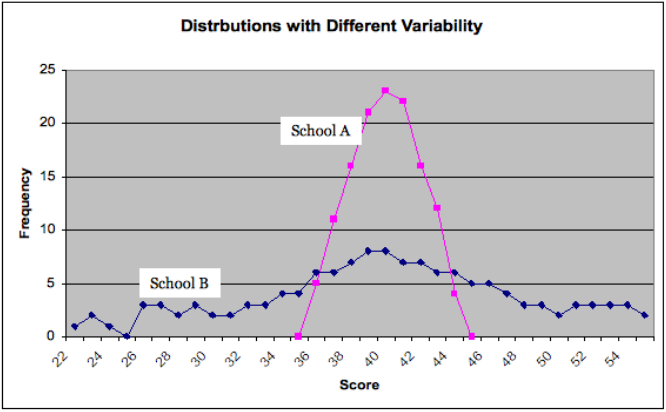 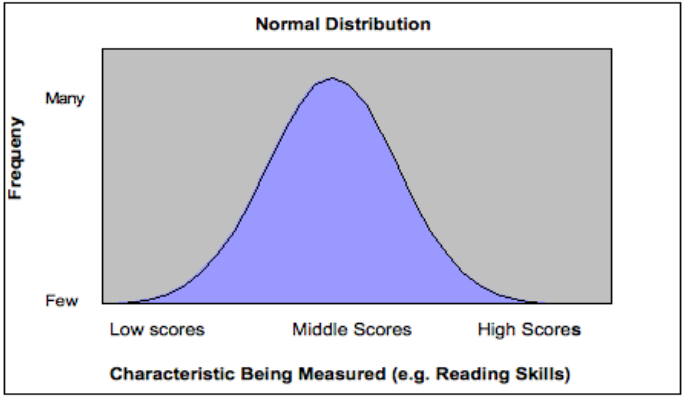 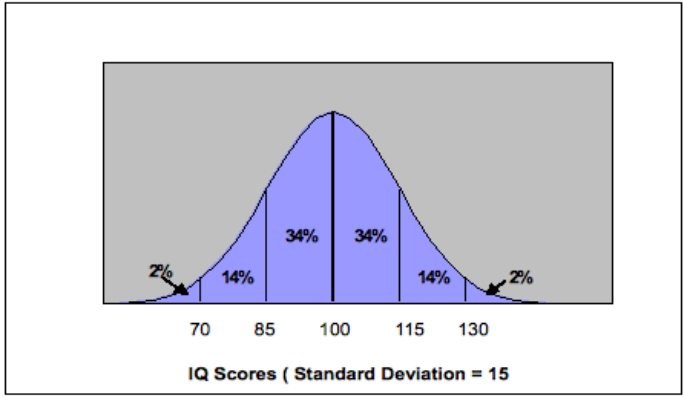 Figure 4: Normal distribution for an IQ test with mean 100 and standard deviation 15

In a normal distribution a student who scores the mean value is always in the fiftieth percentile because the mean and median are the same. A score of +1 standard deviation above the mean (e.g. 115 in Figure 4) is the 84 percent tile (50 percent and 34 percent of the scores were below 115). In Exhibit 10 we represent the percentile equivalents to the normal curve and we also show standard scores.

A standard score expresses performance on a test in terms of standard deviation units above of below the mean (Linn & Miller, 2005). There are a variety of standard scores, including z-scores, T-scores, and stanines.

So, if the score is 130 and the mean is 100 and the standard deviation is 15 then the calculation is:

If you look at Figure 4 you can see that this is correct—a score of 130 is 2 standard deviations above the mean and so the z score is 2.

Stanines (pronounced “staynines”) are often used for reporting students’ scores and are based on a standard nine point scale and with a mean of 5 and a standard deviation of 2. They are only reported as whole numbers and Figure 11-10 shows their relation to the normal curve.

Testing companies calculate grade equivalents by giving one test to several grade levels. For example a test designed for fourth graders would also be given to third and fifth graders. The raw scores are plotted and a trend line is established and this is used to establish the grade equivalents. Note that in Figure 5 the trend line extends beyond the grades levels actually tested so a grade equivalent above 5.0 or below 3.0 is based solely on the estimated trend lines. 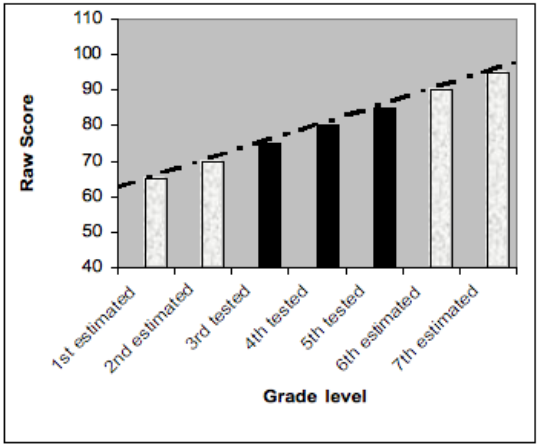 Grade equivalent scores also assume that the subject matter that is being tested is emphasized at each grade level to the same amount and that mastery of the content accumulates at a mostly constant rate (Popham, 2005). Many testing experts warn that grade equivalent scores should be interpreted with considerable skepticism and that parents often have serious misconceptions about grade equivalent scores. Parents of high achieving students may have an inflated sense of what their child’s levels of achievement.