Caroline Bynum, “Food as Control of Self,” Introduction and Link

“Food as Control of Self” 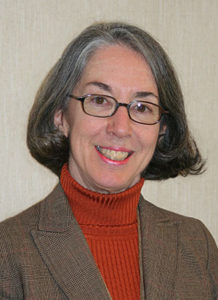 Caroline Walker Bynum (born in Atlanta, Georgia, in 1941) is a renowned Medieval scholar. She is a University Professor Emerita at Columbia University and Professor Emerita of Western Medieval History at the Institute for Advanced Study in Princeton, New Jersey. Bynum was the first woman to be appointed University Professor at Columbia. She is a former Dean of Columbia’s School of General Studies and served as President of the American Historical Association for 1996. Holy Feast and Holy Fast is considered a landmark for introducing gender in medieval studies.

In our industrialized corner of the globe, where food supplies do not fail, we scarcely notice milk, ever-present supports of life, and yearn rather after money or sexual favors as signs of power and of success. But even in today’s world, it is not everywhere so. For the hungry, food forces itself forward as an insistent fact, an insistent symbol. Guided by our knowledge of impoverished modern countries, we should not really be surprised to find that food was, in Medieval Europe, a fundamental economic—and religious—concern. Medieval people often saw gluttony as the major form of lust, fasting as the most painful renunciation,  and eating as the most basic and literal way of encountering God. (1-2)

Famine was rampant throughout Europe in the thirteenth and fourteenth centuries. Feeding the poor, discussed in both Christian literature and folk tales, was a mark of saintly behavior during this period. Refusing to eat was also regularly described as a measure of personal holiness. As Bynum notes, what you ate (and what you refused to eat) not only marked your social status but your willingness to renounce the world:

Eating was also an occasion for union with one’s fellows and one’s God, a commensality given particular intensity by the prototypical meal, the eucharist, which seemed to hover in the background of any banquet. Because Jesus had fed the faithful not merely as servant and waiter, preparer and multiplier of loaves and fishes, but as the very bread and wine itself, to eat was a powerful verb. (3)

In the chapter called “Food as Control of Self” Bynum first tries to answer the question about why food was so central to the religious experience of medieval women. In the second section of the chapter she discusses whether the fasting of religious women can be explained as anorexia nervosa. This section is an excellent example of an academic argument. In the final section of the chapter, Bynum examples the relationship between fasting and religious practice and belief. Throughout the chapter Bynum confronts the difficult of the historical analysis of a distant culture. How can we be sure that we are correctly interpreting evidence from a culture that is so distant and so different than our own?

Link to the Reading

The text can be found as an Ebsco Ebook: