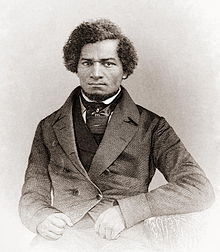 My Bondage and My Freedom is an autobiographical narrative written by Frederick Douglass about his life as a slave that was published in 1855. It is the second of three autobiographies written by Douglass, and is mainly an expansion of his first (Narrative of the Life of Frederick Douglass), discussing in greater detail his transition from bondage to liberty. Following this liberation, Douglass, a former slave, went on to become a prominent abolitionist, speaker, author, and publisher. An excerpt from the Narrative is included in the Education Module of this text.

In his foreword to the 2003 Modern Library paperback edition, John Stauffer writes:

“My Bondage and My Freedom,” [is] a deep meditation on the meaning of slavery, race, and freedom, and on the power of faith and literacy, as well as a portrait of an individual and a nation a few years before the Civil War. As his narrative unfolds, Frederick Douglass—abolitionist, journalist, orator, and one of the most powerful voices to emerge from the American civil rights movement—transforms himself from slave to fugitive to reformer, leaving behind a legacy of social, intellectual, and political thought.

In the selection from My Bondage, Douglass contrasts in vivid and bitter language the ash cakes eaten by slaves on the plantation. Throughout the excerpt, food appears to take on increasingly symbolic meanings. In the Introduction to the Food Module, I noted that “the commensal act of sharing a meal transforms individuals into a community.” Does this statement apply to the slave plantation, or is Douglass describing two communities, the slaves and the masters?