Understanding & Interacting with a Text 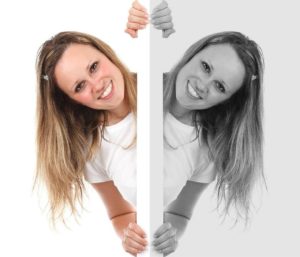 Paraphrases and summaries are important reading skills, because they mirror the content of the original text using your own words and  sentence structures. The re-writing that you do when you paraphrase or summarize automatically helps you think more deeply about the meaning of a text, as you insure that you are capturing and expressing the text’s ideas accurately. Since paraphrases and summaries help your brain capture and anchor ideas from the text, they also help you review and recall those ideas more easily.

A paraphrase is usually about the same length as the original piece of text. Re-writing the text’s ideas using your own words and sentences helps you understand what the text is saying; you have to understand the text’s ideas fully in order to rewrite them clearly.
You may want to paraphrase complicated or hard-to-understand information while you are reading, especially if that information offers a key concept in the text.  Paraphrasing in this instance will lay the groundwork for engaging with the rest of the information, as it will make you work through what that complicated or difficult passage means.
You may want to paraphrase key information after you read a text or portion of a text, as a means of annotating or note-taking, to capture important ideas so that you can then respond to them with your own thoughts.

Here’s an original paragraph from the Samovar, Porter, and McDaniel text, Intercultural Communication: A Reader  (Wadsworth, 2009), pgs. 19-20.
“Culture shapes us, so we pay more attention to individuals and to the internal processes of individuals (attitudes, beliefs) if we are raised in an individualist culture, and more attention to groups, roles, norms, duties, and intergroup relationships if we are raised in a collectivist culture. Collectivist cultures have languages that do not require the use of “I” and “you” (Kashima & Kashima, 1997, 1998). They also have many culture-specific relational terms that are not found in individualist cultures, such as philolimo in Greek (Triandis, 1972), which is a positive attribute of an individual who does what the in-group expects; amae in Japanese, which reflects tolerance of deviation from norms by a dependent person (Uamaguchi, 1998); and simpatia among Latin Americans (Triandis, Marin, Lisansky, Betancourt, 1984), which reflects the expectation that social relationships will include mostly positive and very few negative behaviors.”

Below is one reader’s paraphrase; note that the paraphrase is almost exactly the same length as the original, and that the main ideas are the same, but it has a different structure and significant changes in wording. Also note that the parphrase starts with an attribution and ends with the page numbers, to clearly indicate that these ideas are from another author.

Samovar states that people who were brought up and participated in individualist cultures focus more fully on themselves and others as individuals, while people who were brought up and participate in collectivist cultures focus more fully on the group as opposed to the individual. Collectivist cultures such as those in Greece, Japan, and Latin America all have words – respectively philolimo, amae, and simpatia – which equate the concept of meeting group expectations with a desirable quality. Such cultures don’t focus on words that emphasize individuality, such as “I” and “you” (19-20).

Read the quote below from page 179 of Howard Gardner’s book titled Multiple Intelligences and then choose the best attempt at paraphrasing from the two that follow.

“America today has veered too far in the direction of formal testing without adequate consideration of the costs and limitations of an exclusive emphasis on that approach.” [1] 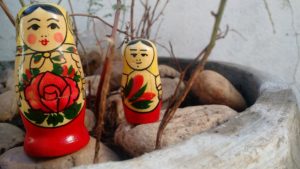 A summary offers a condensed re-statement of a text’s main idea and key supporting ideas. When you summarize material from a text or portion of a text, you both paraphrase and compress the main points of that material.  A summary is very concise; it’s usually no more than 15-20% of the length of the original text. Sometimes, a summary of a paragraph can be as short as one sentence.

You may want to annotate with summaries while you are reading in order to maintain a running list of a text’s main ideas. Summary annotations allow you to scan a text’s main ideas and more easily see relationships among those ideas. Or you may want to summarize after reading a text or portion of a text. Like paraphrases, summaries also lay groundwork for engaging with the text, as they highlight key ideas that spark your own reactions, applications, background information, and ideas.

Here’s an example of how to highlight and annotate a passage that you intend to summarize.  The original passage is quoted from page 23 of Caffarella, Rosemary S. and Judith M. O’Donnell. “Judging the Quality of Work-Related, Self-Directed Learning.” Adult Education Quarterly 42 (1991): 17-29. Important ideas are highlighted and [bracketed].

And here is the evolution of one writer’s summary of this original text. Note that the ideas are the same, but there is a change in structure and a significant change in wording.

First attempt –  a start, but too close to the original text:

Second attempt – better than the first, but still not done:

Quality learning can be judged by two criteria: 1) mutual understanding between the learner and others, as when a reader understands fully what a writer writes, and 2) identification of quality by the learner themselves.

Quality learning can be judged by two criteria: 1) mutual understanding between the learner and others and, most importantly, 2) identification of quality by the learner themselves.

Note that in this third version, the writer took out the example of the writer and reader and added the phrase “most importantly” to capture the emphasis on the self in the original quote.

One more thing to do – document the summary:

Caffarella and O’Donnell state that quality learning can be judged by two criteria: 1) mutual understanding between the learner and others and, most importantly, 2) identification of quality by the learner themselves (23).

View the following short video on writing summaries. It’s written from the perspective of using a summary in a piece of writing, but the discussion applies to summarizing as a reading strategy as well.

Read the following quotation from Louis DeSipio’s article, “Demanding Equal Political Voice…And Accepting Nothing Less: The Quest for Latino Political Inclusion,” published in Thematic Reading Anthology. [2] Then choose the best attempt at summarizing from the two that follow.

The rapid growth in Latino migration in the contemporary era has created a new venue for political voice and activism. Immigrants have long sought the opportunity [to] remain engaged in the civic life of their communities and countries of origin. Examples of these transnational connections can be found throughout the Latino experience in the U.S. (as well as those of other émigré populations). The long-standing immigrant desire to be involved in both the U.S. and the country of origin, however, is much easier to implement in the current era. Telecommunications and air travel are much cheaper than they have been in the past. The internet reduces communication costs further. Approximately 30 percent of Latino immigrants have engaged in the civic and political worlds of their communities and countries of origin, whether through membership in transnational organizations in the U.S. or through direct participation in the civic or political worlds of the country of origin. A higher share follow the politics of the country of origin. These transnational connections diminish considerably in the second and later generations. Despite political transnationalism’s roots in the long-standing immigrant desires to maintain a foot in the country of origin and the U.S., transnationalism as a mass phenomenon is relatively new. Countries of origin are seeking to promote long-term relationships with their émigrés. To the extent that these efforts are successful, immigrant and perhaps second-generation transnational engagement will likely be a growing phenomenon in the future.

The first choice is the best summary.  It includes main ideas using the author’s own words and sentence structures.  The second choice, on the other hand, copies many words and phrases from the original text.  It also includes a detailed statistic, which is inappropriate in a summary whose purpose is to confine itself to main ideas.

Most men, even in this comparatively free country, through mere ignorance and mistake, are so occupied with the factitious cares and superfluously coarse labors of life that its finer fruits cannot be plucked by them. Their fingers, from excessive toil, are too clumsy and tremble too much for that. Actually, the laboring man has not leisure for a true integrity day by day; he cannot afford to sustain the manliest relations to men; his labor would be depreciated in the market. He has no time to be anything but a machine. How can he remember well his ignorance—which his growth requires—who has so often to use his knowledge? We should feed and clothe him gratuitously sometimes, and recruit him with our cordials, before we judge of him. The finest qualities of our nature, like the bloom on fruits, can be preserved only by the most delicate handling. Yet we do not treat ourselves nor one another thus tenderly.

In his 1854 text, Walden; or, Life in the Woods, Henry David Thoreau points to the incongruity of a free people becoming enslaved and limited by constant labor and worry. Using the metaphor of a fruit to represent the pleasures of a thoughtful life, Thoreau suggests that people have become so traumatized by constant labor that their hands – as representatives of their minds – have become unable to pick the “finer fruits” available to a less burdened life even when that fruit becomes available to them. Given the situation, we should not judge, but should show understanding (110).

In his 1854 text, Walden; or, Life in the Woods, Henry David Thoreau suggests that the human fixation on work and labor desensitizes man to the world around him, to the needs of his own intellectual growth, and to the complexity and frailty of his fellow humans.