The Buddhist and the Neuroscientist

What compassion does to the brain[1]

In 1992, the neuroscientist Richard Davidson got a challenge from the Dalai Lama. By that point, he’d spent his career asking why people respond to, in his words, “life’s slings and arrows” in different ways. Why are some people more resilient than others in the face of tragedy? And is resilience something you can gain through practice?

The Dalai Lama had a different question for Davidson when he visited the Tibetan Buddhist spiritual leader at his residence in Dharamsala, India. “He said: ‘You’ve been using the tools of modern neuroscience to study depression, and anxiety, and fear. Why can’t you use those same tools to study kindness and compassion?’ … I did not have a very good answer. I said it was hard.” 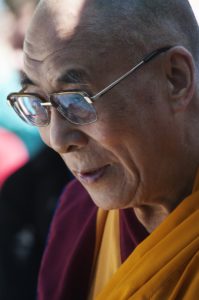 The Dalai Lama was interested in what the tools of modern neuroscience could reveal about the brains of people who spent years, in Davidson’s words, “cultivating well-being … cultivating qualities of the mind which promote a positive outlook.” The result was that, not long afterward, Davidson brought a series of Buddhist monks into his lab and strapped electrodes to their heads or treated them to a few hours in an MRI machine.

“The best way to activate positive-emotion circuits in the brain is through generosity,” Davidson, who founded the Center for Investigating Healthy Minds at University of Wisconsin, Madison, said in a talk at the Aspen Ideas Festival. “This is really a kind of exciting neuroscientific finding because there are pearls of wisdom in the contemplative tradition—the Dalai Lama frequently talks about this—that the best way for us to be happy is to be generous to others. And in fact the scientific evidence is in many ways bearing this out, and showing that there are systematic changes in the brain that are associated with acts of generosity.”

Davidson and his colleagues ran a simple experiment on eight “long-term Buddhist practitioners” whose had spent an average of 34,000 hours in mental training. They asked the subjects to alternate between a meditative state and a neutral state in order to observe how the brain changed. One subject described his meditation as generating “a state in which love and compassion permeate the whole mind, with no other consideration, reasoning, or discursive thoughts.” 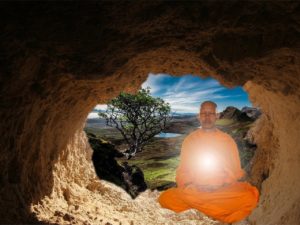 “When we did this, we noticed something remarkable,” Davidson said. “What we see are these high-amplitude gamma-oscillations in the brain, which are indicative of plasticity”—meaning that those brains were more capable of change, for example, in theory, of becoming more resilient. The researchers also found in MRI scans of monks that a region of the brain known as the anterior insula was activated. “Every neuroscientist will have their favorite part of the brain,” Davidson said. The anterior insula is one of his, because it’s where a lot of brain-body coordination takes place. “The systems in the brain that support our well-being are intimately connected to different organ systems in our body, and also connected to the immune and endocrine systems in ways that matter for our health,” he said. The brain scans showed that “compassion is a kind of state that involves the body in a major way.” One example: Davidson and coauthors found in another study that meditation improved immune response to an influenza vaccine—and the subjects were not “professional” Buddhist meditators, but people who had gone through an eight-week training program in mindfulness meditation. And a short “compassion training” course, Davidson and colleagues found in a 2013 study, exhibited more altruistic behavior compared with a control group.

The study of Buddhist brains has burgeoned since Davidson first met the Dalai Lama. But it’s still not known precisely how compassion alters the brain to promote better health or better behavior. Gamma waves and lit up insula can only tell you so much about the linkages between the mind and the body, and, in turn, about what it really takes to think your way to a better character.* Davidson’s research suggests, he said, that “we can all take responsibility for our brains.” In which case, cultivating responsibility itself might be the first step.

[1] This article was originally published on the website TheAtlantic.com and is republished here with The Atlantic’s permission.

Outside magazine offers an interesting article about another influence on your brain.  This is Your Brain on Exercise explains the evolving neuroscience that shows multiple benefits of exercise on the brain.
Licenses and Attributions
CC licensed content, Shared previously
All rights reserved content