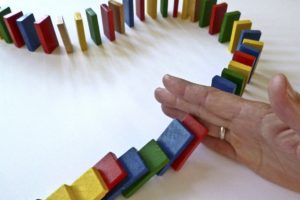 When you write an essay using a cause and effect pattern, know that you can either focuses on causes, or focus on effects, or some combination of both. The important thing to remember is that this pattern calls for logical thinking in dealing with causes, and logical probabilities in explaining effects.  Don’t fall into a logical fallacy by assuming simple and/or incorrect causation.  Instead, make sure that you link causes and effects logically, carefully considering both evidence and probability.

As you develop a focus and working thesis for a cause and effect essay, you might ask yourself the following questions:

It will help if you list causes/effects, or create a mind map as you prewrite for an essay applying a cause and effect pattern.

Remember that your topic should be focused enough to yield some depth and insight, yet broad enough to be developed.  Writing in general about the causes of the 2008 global financial crisis may be unproductive, because the multiple and complex nature of those causes cannot be dealt with briefly and might require a book with multiple chapters instead of a relatively brief college essay.  Or writing about the proposed effect of the World Health Organization’s initiative to eliminate rabies by 2030 through dog vaccinations and more available health education may be unproductive, because the effect is very focused and can be stated in a few sentences.  On the other hand, writing about the effects of the 2008 crash on Baby Boomers’ retirement plans, or writing about causes of rabies in rural areas in India, may be more productive, as these foci can be tackled within the framework of a college essay.

View the following video for more information about cause and effect essays.

Here are some graphic organizers for cause and effect essays. 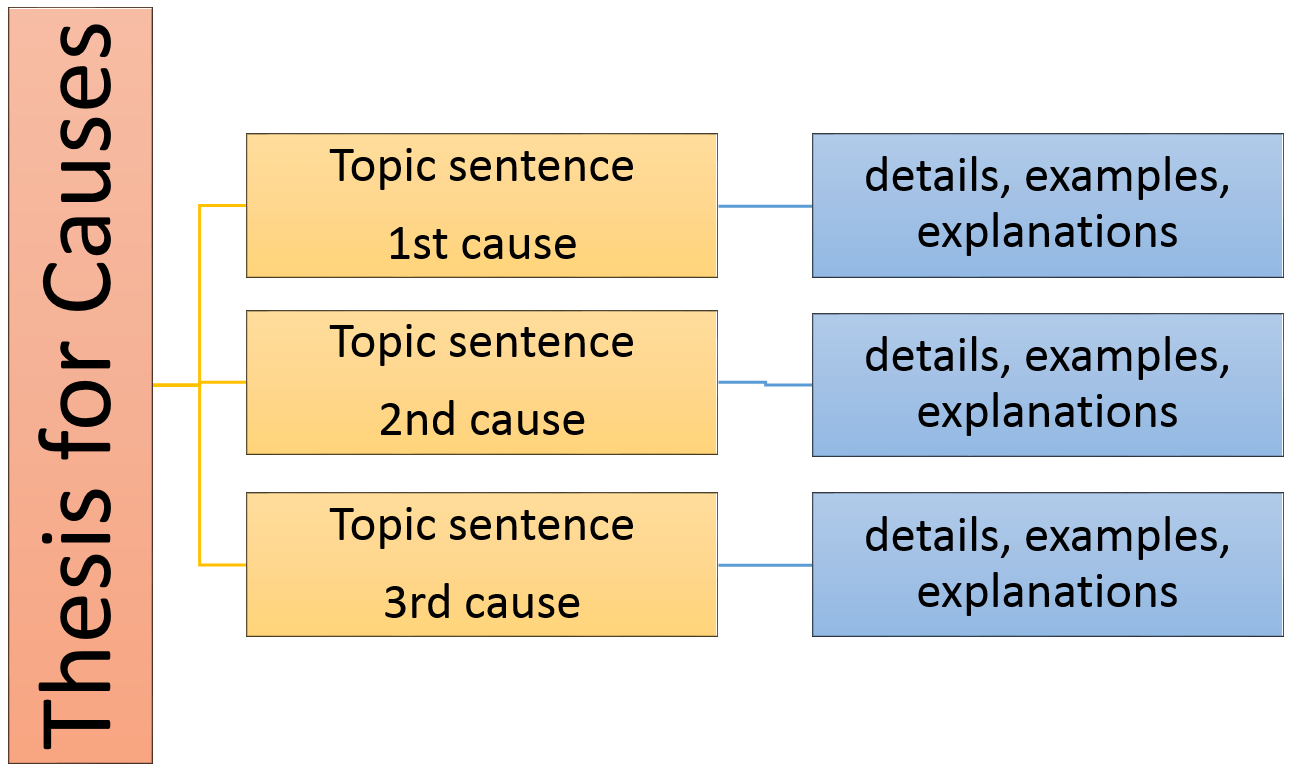 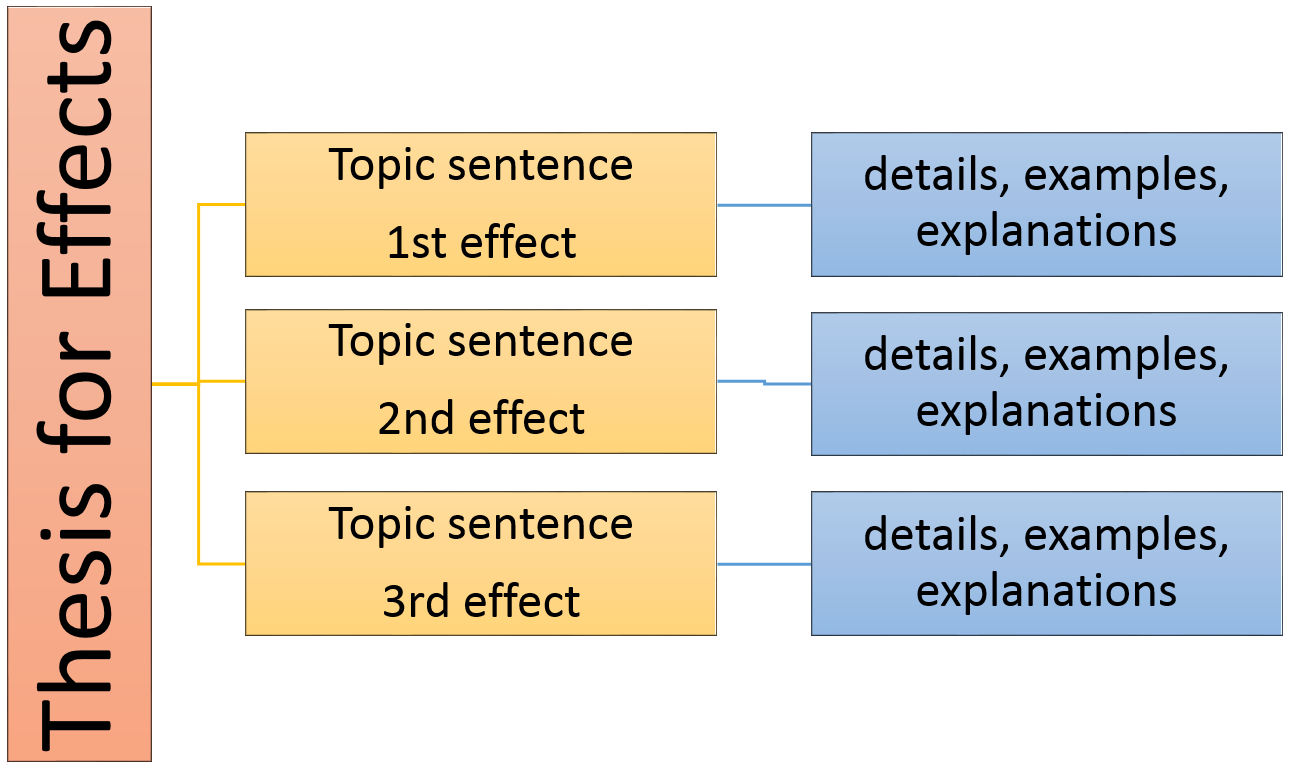 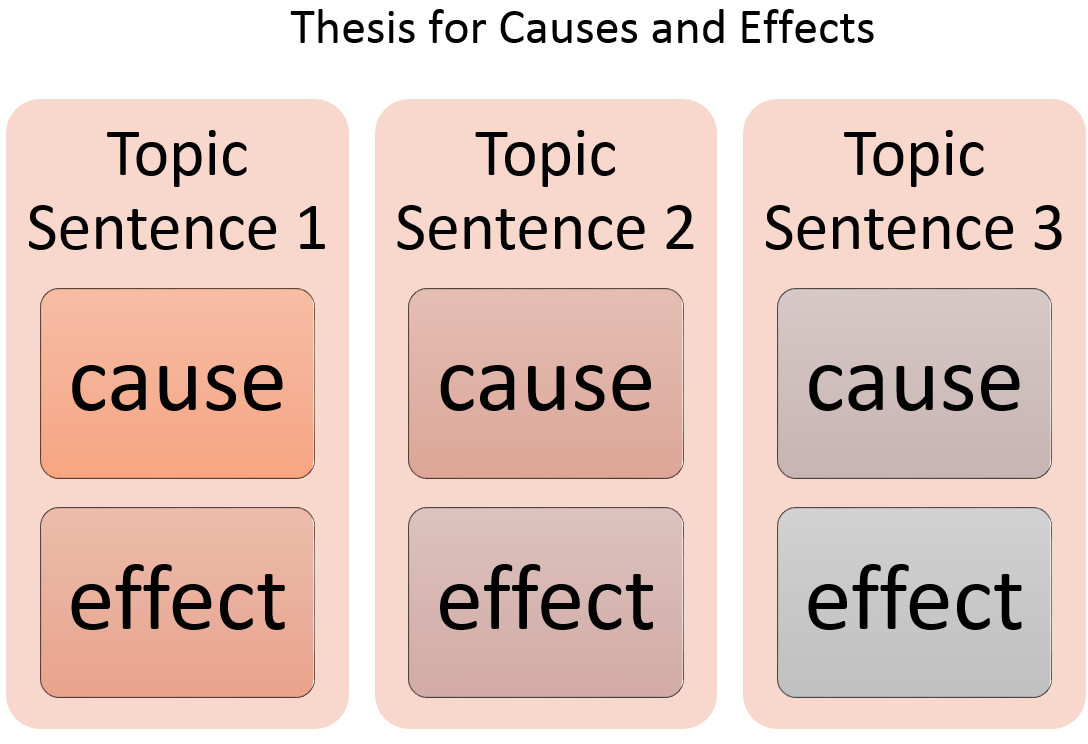 Cause and Effect in Action

Make sure to read sample Cause and Effect essays in the Sample Essays section of this text.