Think of an essay as participating in a conversation, in which you offer your ideas and provide details to explain those ideas to others. Writers do not make their claims in an enormous blank room where no one else is and nothing else has ever happened. Writers make their claims in the real world where people with other opinions, values, beliefs, and experiences live. To make a claim is to enter into a conversation with these people. The rhetorician Kenneth Burke once famously described this as a parlor or a party to which you have come late to find out that people are already in heated discussions about a topic. Everyone has been in these kinds of arguments.

For example, you arrive somewhere to meet two friends and discover that they are discussing where to go to dinner or what movie to see. Each friend presents his or her argument, setting out evidence for why this restaurant or movie is a good choice, and each friend pokes holes in the other person’s argument, pointing out why you would not enjoy that restaurant or movie. You are expected to take a role in this discussion. Maybe you take a stand with one friend over the other or maybe you try to reach a compromise and propose a third restaurant or movie that everyone could accept. This can lead to even further discussion. 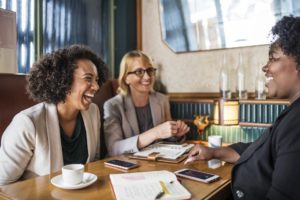 This discussion between three friends is somewhat like Burke’s idea of the parlor but there are differences. Eventually the conversation between the three friends will reach an end: they will go to dinner or a movie, perhaps, or they will all go home. Everyone entered into the conversation, made his or her claims, responded to other people, and went on with his or her life. their lives. Burke, however, was talking about the conversations and arguments that take place in the larger culture and the world as a whole. Those are the larger conversations you’ll participate in as you deal with issues in psychology, business management, literature, history…whatever your specific academic focus is in whatever college course you are taking at the moment. Essay writing is one way of participating in that conversation.

Remember that college essay assignments often expect you to delve deeply into an issue, analyzing its various sides in order to come to your own conclusions, based on your observations, insights, and appropriate research.  As you develop your own conclusions, you’ll have interesting ideas to offer in conversation.

Although the following video references graduate-level students, the same concepts hold true for undergraduate college writing, in which you’ll start learning how to join a conversation.