Identify an issue about which you can make a claim and develop a logical argument. Remember, an issue is a concept with at least two sides, an idea that can be debated.

developing a thesis for an argument about an issue

One way of creating a thesis for an argument essay about an issue is to understand that an argument is a claim with reasons – it has those two parts, which are indicated in the thesis.

In other words, the thesis both makes a claim and indicates a conclusion, often in a “because”  or “as” statement.  Each part of the thesis, the claim and the reasons or conclusions, supports the other.

Once you identify an issue, consider five questions to start prewriting and developing your thesis and support for a logical argument. Questions are at the core of arguments. Academics, business people, scientists, and other professionals all make arguments to determine what to do or think, or to solve a problem by enlisting others to do or believe something they otherwise would not. What matters is not just that you believe that what you have to say is true, but that you give others good reasons to believe it as well—and also show them that you have considered the issue from multiple angles. To do that, build your argument out of the answers to the five questions any rational person will expect you to answer.

When you make a good argument, you anticipate and respond to each of these questions with a particular part of argument: 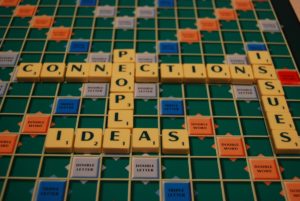 Here’s a fuller example of a way to use these five questions to prewrite and develop support for an issue analysis/logical argument essay:

This question means that the reader is ready to hear your claim. You know how to answer this question because you make arguments like this every day. Suppose, for example, that Sally is having coffee with her friend Jim. Jim points out a story on the front page of his newspaper:

Jim: So did you hear about the hurricane that’s headed for New Orleans?

Sally: Yes, I think they should evacuate the city as soon as possible.

Sally has made a claim: a statement of her view of what someone should do: New Orleans should be evacuated. Note that this is not a statement of fact but of Sally’s idea, her judgment about the best course of action. She takes a position on a problem without an obvious solution; other rational people could disagree. Some might claim that the hurricane is not strong enough to warrant evacuation or that this time New Orleans is properly prepared for a hurricane. Sally has made a claim because her statement is up for debate.

Question #2—“Why should I think that?”

This question is about what reasons support your claim. Most readers won’t question your argument until they know your reasons. Let’s look at how Jim responds to Sally’s claim:

Jim: Really? Why do you say that?

Sally: Well, New Orleans is surrounded by water and it’s mostly below sea level. If a hurricane breaks the levees that keep the water out, the city will flood. Houses could be destroyed, and people would be at risk.

Sally answers Jim’s question by giving him a few reasons why she thinks New Orleans should be evacuated. New Orleans is (1) surrounded by water, (2) mostly below sea level, and (3) protected by levees. So if the levees break and let the water in, (4) houses will be destroyed, and (5) people will be at risk.

Question #3—“How do I know that your reasons are true?”

This question asks for factual evidence to support the given reasons. Jim asks Sally a version of this question to push her for more information:

Jim: Will the levees actually break? Why do you think that they’re in danger of failing?

Sally: Remember Hurricane Katrina in 2005? The levees failed then, and the city was almost ruined. It’s right there in the newspaper story: many of the levees have been rebuilt or reinforced since Katrina, but the government is way behind and there are a lot of levees that are just like the ones that failed after Katrina. And even the ones that have been rebuilt will not protect against the worst storm surges.

When Jim asks what makes Sally believe that the levees are in danger of failing, she must respond with facts. For her factual evidence, Sally points to a real, historical event as a precedent, and she cites facts she found in a reliable newspaper. In an academic argument, you’ll also need to give evidence that your ideas are based on real-world facts. These facts can take the form of quotations, events, statistics, dates, or other data that you found in a reliable source, but they must be something that your readers accept as true in order for your readers to see them as evidence. Taken together, your claim, reasons, and evidence make up the core of your argument. While your claims, reasons, and evidence do answer your readers’ questions, they are also mostly about you, what you think and why. Your argument may be complete with just these three parts, but to fully address your readers’ concerns, you also need to address what they think and why.

Question #4—“What about this other idea, fact, or conclusion? Or: What if I think about this topic differently than you do?”

You can expect that for any serious claim about a significant problem, there will be some readers who don’t see things the way you do. They may take a different approach to the problem; they may want to consider different evidence; or they may even think that your reasons and evidence point to a different conclusion. If so, you have to anticipate that they will ask, “What about my way of thinking about this?” In order for your argument to be the most effective, you have to address these objections, counterarguments, varying perspectives, and so on. The best way to do this is to acknowledge your readers’ possible alternative positions and then respond to them. Here, Jim raises a question based on a fact that he thinks Sally has not fully considered:

Jim: Sure, the Katrina flood was a disaster. But this new hurricane is not as strong as Katrina. It poses much less danger. And evacuation is expensive.

Sally: That’s true; the hurricane is weaker than Katrina now. But hurricanes often get stronger as they approach land, and you can’t wait until the last minute to evacuate—people will just get stuck out on the roads. So I think that everyone should evacuate even if it is expensive and at the moment seems that it may not be necessary. Better safe than sorry.

Sally acknowledges that Jim has a point: the current danger may in fact be less than that posed by Katrina. But she responds with more facts: hurricanes can get stronger and evacuation takes time, so that it will be too late to evacuate if the hurricane intensifies as it approaches land. She then restates her claim: people should evacuate.

Question #5—“Why should I accept that your reasons support your claim?”

This last question forces us to consider the logical assumptions on which we base our arguments. Many arguments never address these assumptions because writers assume that their readers will reason as they do. So we rarely see the answer to the fifth question, a statement of a general principle of reasoning or warrant. But if you think your readers may not share your general principles, you should state them in your argument. In Sally’s response to Jim’s point about balancing the risk of flooding against the cost of evacuation, we see that they are following different principles:

Jim: I don’t know. Being too safe may not be smart. I’m not sure that the risk of flooding is enough to force an evacuation.

Sally: Well, I believe that no cost is too high to save lives. So whenever we can anticipate a reasonable possibility that lives will be endangered, we should be willing to accept a reasonable cost to avoid the loss of life. Even though the hurricane may not cause flooding, there is enough chance that it will. The cost of an evacuation is not too high a price to pay to save lives. 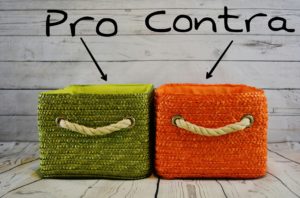 Jim may still not accept Sally’s principle: he may think that the costs are too high. But what is important is that he can now see the complete basis of Sally’s argument: he knows her claim, her reasons, her evidence, how she responds to his alternative views, and what principle she applies to connect her reasons to her claim. Applying these five questions to your own argument – and creating a hypothetical conversation in this way – may help you prewrite and develop support for an essay analyzing an issue and creating a logical argument.

Other ways of developing support include: