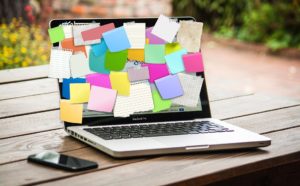 There are many types of support, depending on the purpose of your essay. Supporting sentences usually offer some of the following:

Here’s an example of one supporting paragraph that uses many types of support:

Although it’s really useful to understand that there are different types of support, realize that as writers develop support, they don’t necessarily think in terms of “I need a fact here” or “I need an observation there.” It’s often best to simply write your ideas down in the first stage of developing your support. Conscious consideration of different types of support occurs as you continue to work with and review your support, in terms of your writing purpose and audience.

For example, a research essay that offers only statistics and facts may become boring to your audience if not interspersed with your own interpretations and observations and reasons. A personal observation essay may not get your thesis point across to your audience well if it doesn’t include multiple, specific examples. Draft your support first, and then go back to the draft to develop it further, the second time with your purpose, audience, and types of support more consciously in mind.

The following video discusses the elements of a strong supporting paragraph and illustrates types of evidence.