Order of the Components

The order in which the components should appear in your argument essays, papers, and posters may depend on which discipline your course is in. So always adhere to the advice provided by your professor and what you learn in class.

One common arrangement for argument essays and term papers is to begin with an introduction that explains why the situation is important—why the reader should care about it. Your research question will probably not appear, but your answer to it (your thesis, or claim) usually appears as the last sentence or two of the introduction.

The body of your essay or paper follows and consists of:

(Again, posters often don’t have much room for this component.)

After the body, the paper or essay ends with a conclusion, which states your thesis in a slightly different way than occurred in the introduction. (Posters often don’t have much room for this component.)

A Blueprint for Argument

It’s no accident that people are said to make arguments—they’re all constructed, and these components are the building blocks. The components are important because of what they contribute. The components generally, though not always, appear in a certain order because they build on or respond to one another.

For example, the thesis or claim is derived from the initial question. The reasons are bolstered by evidence to support the claim. Objections are raised, acknowledged and subsequently responded to. 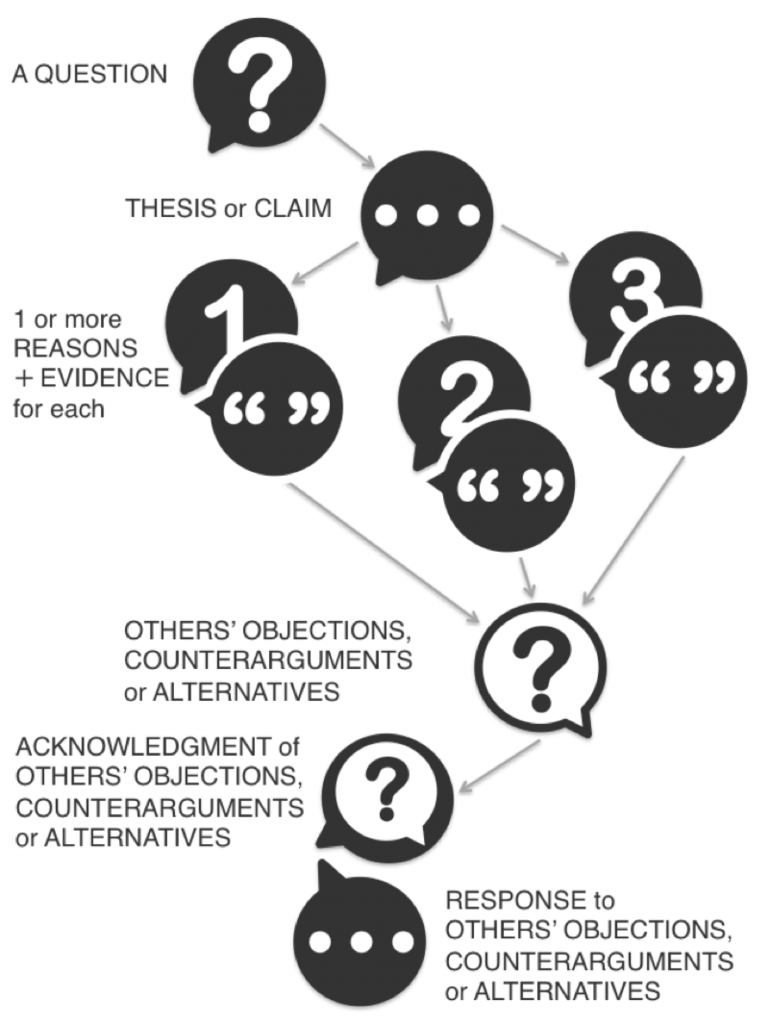 The components of argument build on each other.