In a single year, on average, more than 900,000 earthquakes are recorded and 150,000 of them are strong enough to be felt. Each year about 18 earthquakes are major with a Richter magnitude of 7.0 to 7.9, and on average one earthquake has a magnitude of 8 to 8.9.Magnitude 9 earthquakes are rare. The United States Geological Survey lists five since 1900 (see table below). All but the Great Indian Ocean Earthquake of 2004 occurred somewhere around the Pacific Ocean basin. 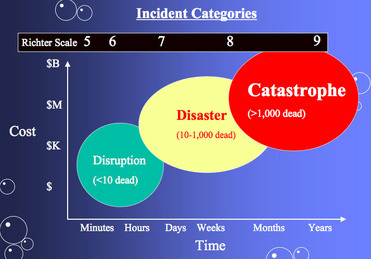