With more greenhouse gases trapping heat, average annual global temperatures are rising. This is known as global warming. While temperatures have risen since the end of the Pleistocene, 10,000 years ago, this rate of increase has been more rapid in the past century, and has risen even faster since 1990. The nine warmest years on record have all occurred since 1998, and the 10 of the 11 warmest years have occurred since 2001 (through 2012). The 2000s were the warmest decade yet. Annual variations aside, the average global temperature increased about 0.8 degrees C (1.5 degrees F) between 1880 and 2010, according to the Goddard Institute for Space Studies, NOAA.

Whatever the temperature increase, it will not be uniform around the globe. A rise of 2.8 degrees C (5 degrees F) would result in 0.6 degrees to 1.2 degrees C (1 degree to 2 degrees F) at the equator, but up to 6.7 degrees C (12 degrees F) at the poles. So far, global warming has affected the North Pole more than the South Pole, but temperatures are still increasing at Antarctica.The timing of events for species is changing. Mating and migrations take place earlier in the spring months. Species that can are moving their ranges uphill. Some regions that were already marginal for agriculture are no longer farmable because they have become too warm or dry. 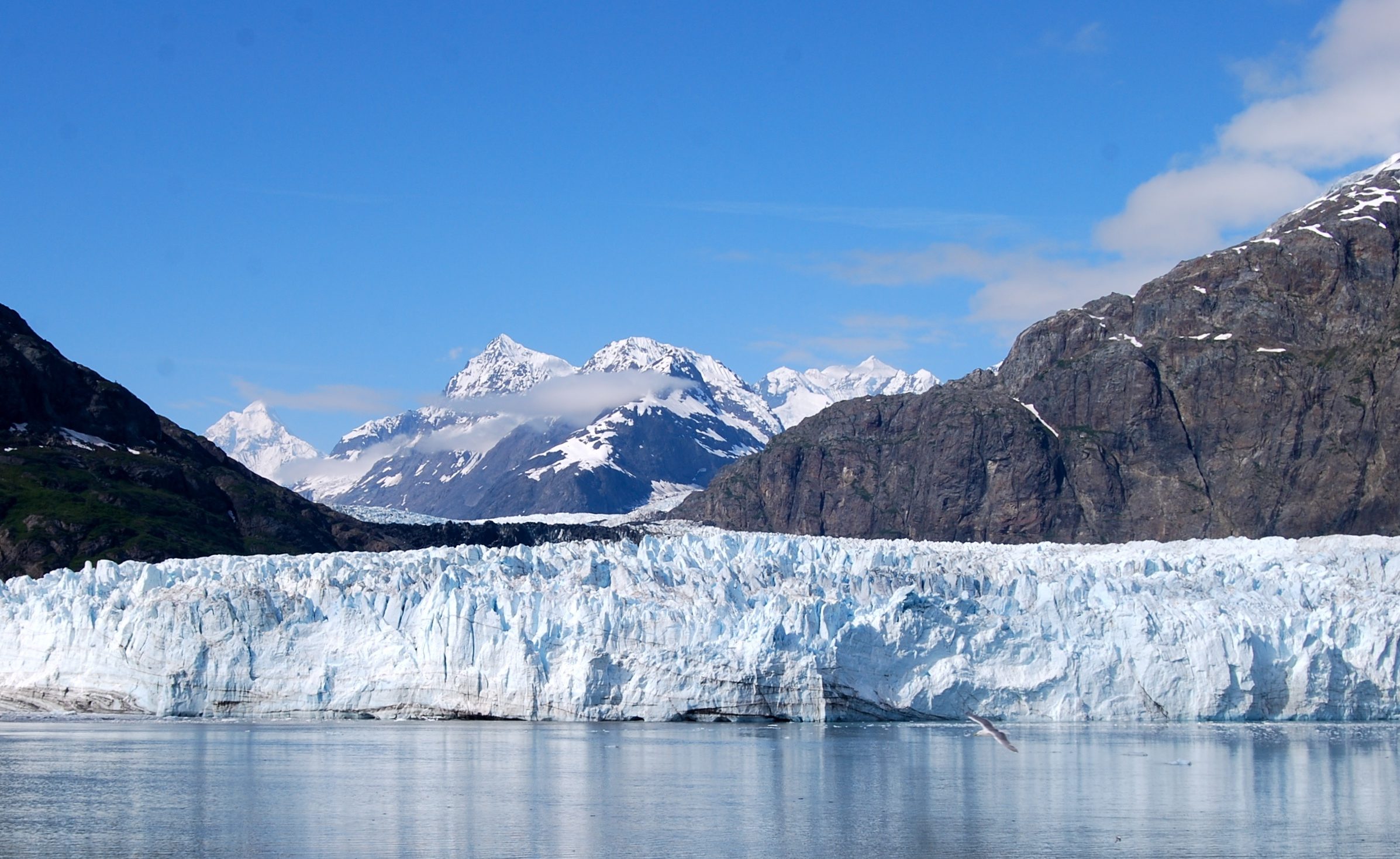 Glaciers are melting and vegetation zones are moving uphill. If fossil fuel use exploded in the 1950s, why do these changes begin early in the animation? Does this mean that the climate change we are seeing is caused by natural processes and not by fossil fuel use?

As greenhouse gases increase, changes will be more extreme. Oceans will become slightly more acidic, making it more difficult for creatures with carbonate shells to grow, and that includes coral reefs. A study monitoring ocean acidity in the Pacific Northwest found ocean acidity increasing ten times faster than expected and 10 percent to 20 percent of shellfish (mussels) being replaced by acid tolerant algae.

Plant and animal species seeking cooler temperatures will need to move poleward 100 to 150 km (60 to 90 miles) or upward 150 m (500 feet) for each 1.0 degrees C (8 degrees F) rise in global temperature. There will be a tremendous loss of biodiversity because forest species can’t migrate that rapidly. Biologists have already documented the extinction of high-altitude species that have nowhere higher to go.

Decreased snow packs, shrinking glaciers, and the earlier arrival of spring will all lessen the amount of water available in some regions of the world, including the western United States and much of Asia. Ice will continue to melt and sea level is predicted to rise 18 to 97 cm (7 to 38 inches) by 2100. An increase this large will gradually flood coastal regions where about one-third of the world’s population lives, forcing billions of people to move inland.

Weather will become more extreme with heat waves and droughts. Some modelers predict that the Midwestern United States will become too dry to support agriculture and that Canada will become the new breadbasket. In all, about 10 percent to 50 percent of current cropland worldwide may become unusable if CO2 doubles. There are global monitoring systems to help monitor potential droughts that could turn into famines if they occur in politically and socially unstable regions of the world and if appropriate action isn’t taken in time. One example is FEWS NET, which is a network of social and environmental scientists using geospatial technology to monitor these situations. But even with proper monitoring, if nations don’t act, catastrophes can occur like in Somalia from 2010–2012.

Although scientists do not all agree, hurricanes are likely to become more severe and possibly more frequent. Tropical and subtropical insects will expand their ranges, resulting in the spread of tropical diseases such as malaria, encephalitis, yellow fever, and dengue fever.

You may notice that the numerical predictions above contain wide ranges. Sea level, for example, is expected to rise somewhere between 18 and 97 cm—quite a wide range. What is the reason for this uncertainty? It is partly because scientists cannot predict exactly how the Earth will respond to increased levels of greenhouses gases. How quickly greenhouse gases continue to build up in the atmosphere depends in part on the choices we make.

In December 2013 and April 2014, the Intergovernmental Panel on Climate Change (IPCC) released a series of damaging reports on not only the current scientific knowledge of climate change, but also on the vulnerability and impacts to humans and ecosystems. Below are two videos detailing the physical science of climate change (Working Group I), and the risks and impacts to the planet (Working Group II). But it is important to get a strong, data driven understanding of climate change. Along with the IPCC, other organizations like the United Nations Environmental Programme (UNEP), World Health Organizations, World Meteorological Organization (WMO), NASA, the National Oceanic and Atmospheric Administration (NOAA), and the U.S. Environmental Protection Agency (EPA).