A climate zone results from the climate conditions of an area: its temperature, humidity, amount and type of precipitation, and the season. A climate zone is reflected in a region’s natural vegetation. Perceptive travelers can figure out which climate zone they are in by looking at the vegetation, even if the weather is unusual for the climate on that day.

The most common system used to classify climatic zones is the Köppen classification system. This system is based on the temperature, the amount of precipitation, and the times of year when precipitation occurs. Since climate determines the type of vegetation that grows in an area, vegetation is used as an indicator of climate type. 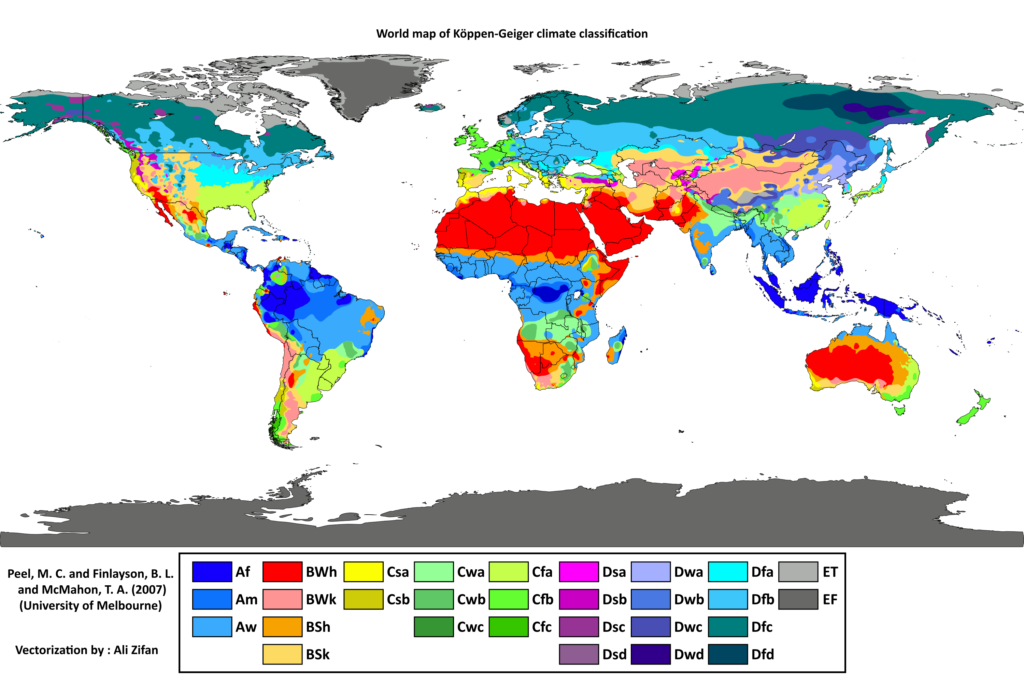 A climate type and its plants and animals make up a biome. The organisms of a biome share certain characteristics around the world, because their environment has similar advantages and challenges. The organisms have adapted to that environment in similar ways over time. For example, different species of cactus live on different continents, but they have adapted to the harsh desert in similar ways.

The Köppen classification system recognizes five major climate groups, each with a distinct capital letter A through E. Each lettered group is divided into subcategories. Some of these subcategories are forest (f), monsoon (m), and wet/dry (w) types, based on the amount of precipitation and season when that precipitation occurs.