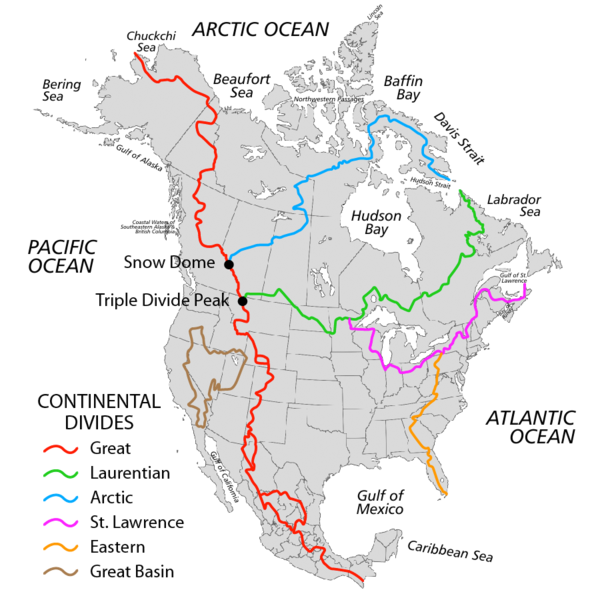 Ponds and lakes are bordered by hills or low rises, so that the water is blocked from flowing directly downhill. Ponds are small bodies of fresh water that usually have no outlet; ponds are often are fed by underground springs. Lakes are larger bodies of water. Lakes are usually fresh water, although the Great Salt Lake in Utah is just one exception. Water usually drains out of a lake through a river or a stream and all lakes lose water to evaporation. 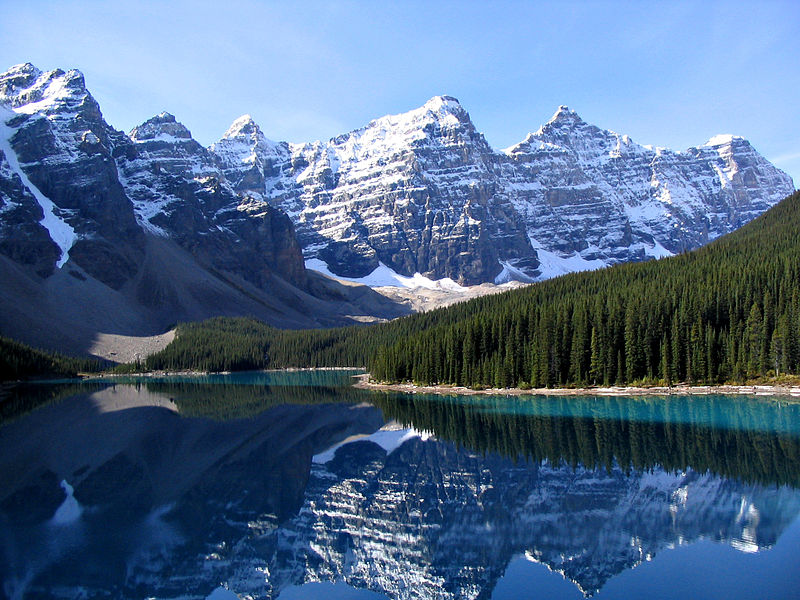 Large lakes have tidal systems and currents, and can even affect weather patterns. The Great Lakes in the United States contain 22% of the world’s fresh surface water. The largest them, Lake Superior, has a tide that rises and falls several centimeters each day. The Great Lakes are large enough to alter the weather system in Northeastern United States by the “lake effect,” which is an increase in snow downwind of the relatively warm lakes. The Great Lakes are home to countless species of fish and wildlife. Lakes form in a variety of different ways: in depressions carved by glaciers, in calderas, and along tectonic faults, to name a few. Subglacial lakes are even found below a frozen ice cap.

As a result of geologic history and the arrangement of land masses, most lakes are in the Northern Hemisphere. In fact, more than 60% of all the world’s lakes are in Canada—most of these lakes were formed by the glaciers that covered most of Canada in the last Ice Age.

Limnology is the study of bodies of freshwater and the organisms that live there. The ecosystem of a lake is divided into three distinct sections:

There are several life zones found within a lake. In the littoral zone, sunlight promotes plant growth, which provides food and shelter to animals such as snails, insects, and fish. In the open-water zone, other plants and fish, such as bass and trout, live. The deep-water zone does not have photosynthesis since there is no sunlight. Most deep-water organisms are scavengers, such as crabs and catfish that feed on dead organisms that fall to the bottom of the lake. Fungi and bacteria aid in the decomposition in the deep zone.

Though different creatures live in the oceans, ocean waters also have these same divisions based on sunlight with similar types of creatures that live in each of the zones.

Lakes are not permanent features of a landscape. Some come and go with the seasons, as water levels rise and fall. Over a longer time, lakes disappear when they fill with sediments, if the springs or streams that fill them diminish, or if their outlets grow because of erosion. When the climate of an area changes, lakes can either expand or shrink. Lakes may disappear if precipitation significantly diminishes.