The Dry Climates (Group B) have less precipitation than evaporation. Dry climate zones cover about 26 percent of the world’s land area. What climate characteristics is the dry climate group likely to have? 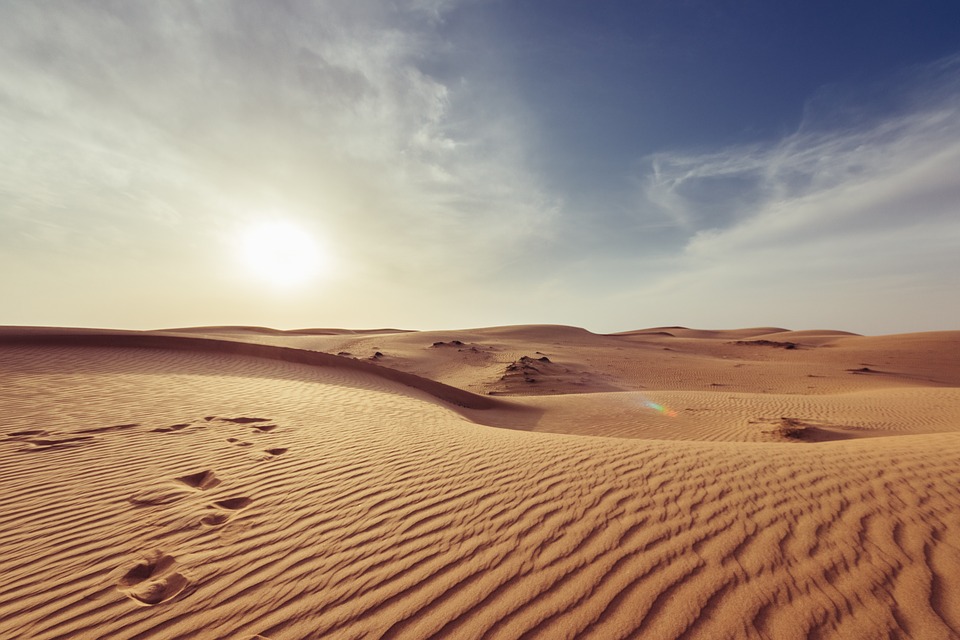 Low-latitude, arid deserts are found between 15º to 30º N and S latitudes. This is where warm dry air sinks at high pressure zones. True deserts make up around 12 percent of the world’s lands.

In the Sonoran Desert of the southwestern United States and northern Mexico, skies are clear. The typical weather is extremely hot summer days and cold winter nights. Although annual rainfall is less than 25 cm (10 inches), rain falls during two seasons. Pacific storms bring winter rains and monsoons bring summer rains. Since organisms do not have to go too many months without some rain, a unique group of plants and animals can survive in the Sonoran desert.

Higher latitude semi-arid deserts, also called steppe, are found in continental interiors or in rainshadows. Semi-arid deserts receive between 20 and 40 cm (8 to 16 inches) of rain annually. The annual temperature range is large.

In the United States, the Great Plains, portions of the southern California coast, and the Great Basin are semi-arid deserts.