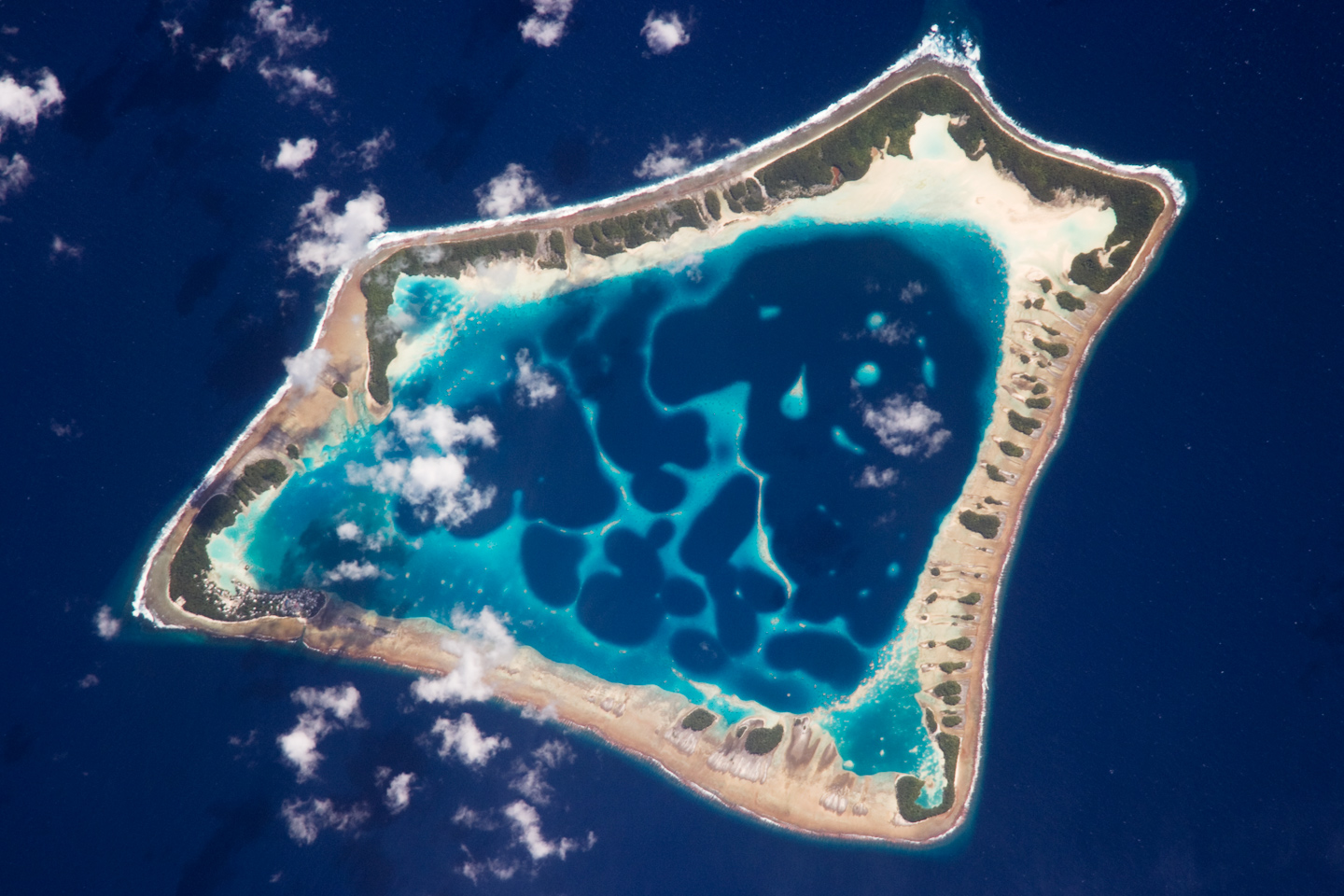 A great abundance of life is found in the intertidal zone. High energy waves pound the organisms that live in this zone and so they must be adapted to pounding waves and exposure to air during low tides. Hard shells protect from pounding waves and also protect against drying out when the animal is above water. Strong attachments keep the animals anchored to the rock.In a tide pool, as in the photo, what organisms are found where and what specific adaptations do they have to that zone? The mussels on the top left have hard shells for protection and to prevent drying because they are often not covered by water. The sea anemones in the lower right are more often submerged and have strong attachments but can close during low tides. Many young organisms get their start in estuaries and so they must be adapted to rapid shifts in salinity.

Corals and other animals deposit calcium carbonate to create rock reefs near the shore. Coral reefs are the “rainforests of the oceans” with a tremendous amount of species diversity.Reefs can form interesting shapes in the oceans. Remember that hot spots create volcanoes on the seafloor. If these volcanoes rise above sea level to become islands, and if they occur in tropical waters, coral reefs will form on them. Since the volcanoes are cones, the reef forms in a circle around the volcano. As the volcano comes off the hot spot, the crust cools. The volcano subsides and then begins to erode away. Eventually, all that is left is a reef island called an atoll. A lagoon is found inside the reef.