Think about how the color of a piece of metal changes with temperature. A coil of an electric stove will start out black but with added heat will start to glow a dull red. With more heat the coil turns a brighter red, then orange. At extremely high temperatures the coil will turn yellow-white, or even blue-white (it’s hard to imagine a stove coil getting that hot). A star’s color is also determined by the temperature of the star’s surface. Relatively cool stars are red, warmer stars are orange or yellow, and extremely hot stars are blue or blue-white.Color is the most common way to classify stars. Table below shows the classification system. The class of a star is given by a letter. Each letter corresponds to a color, and also to a range of temperatures. Note that these letters don’t match the color names; they are left over from an older system that is no longer used. For most stars, surface temperature is also related to size. Bigger stars produce more energy, so their surfaces are hotter. These stars tend toward bluish white. Smaller stars produce less energy. Their surfaces are less hot and so they tend to be yellowish. 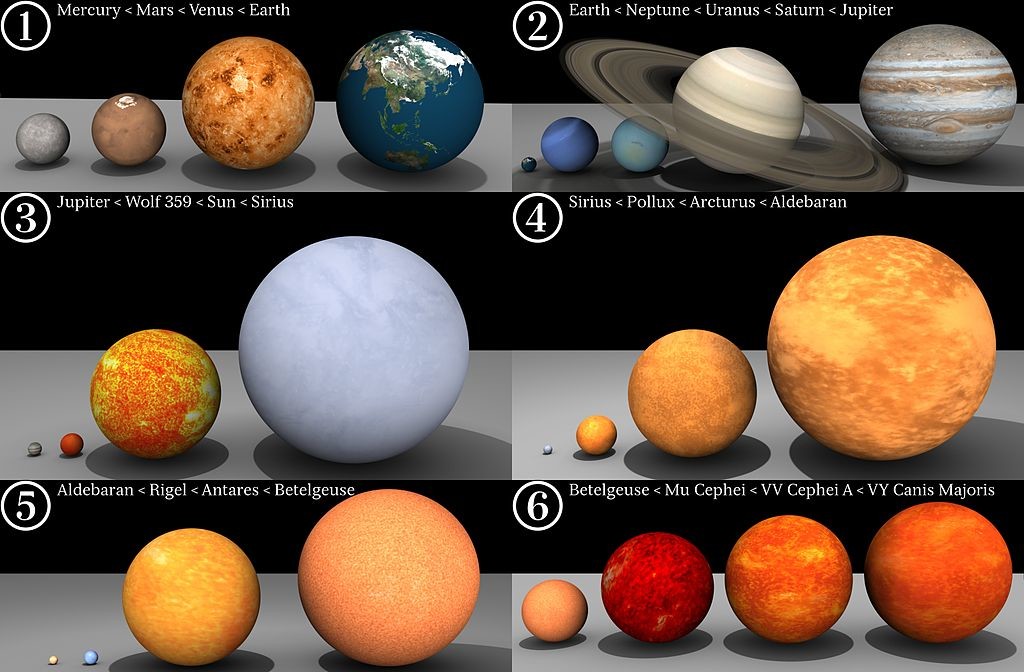 As NASA notes, stars have a life cycle that is expressed similarly to the life cycle of a living creature: they are born, grow, change over time, and eventually die. Most stars change in size, color, and class at least once in their lifetime. What astronomers know about the life cycles of stars is because of data gathered from visual, radio, and X-ray telescopes. To learn more about star formation from the European Space Agency (ESA), click here. 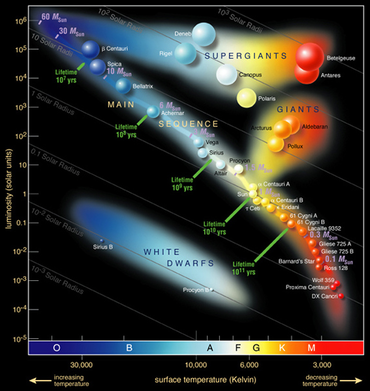 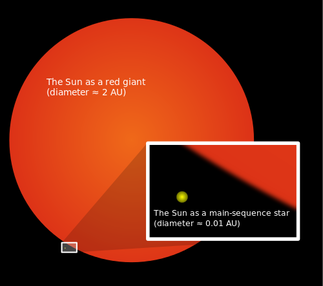 As a star begins to use up its hydrogen, it fuses helium atoms together into heavier atoms such as carbon. A blue giant star has exhausted its hydrogen fuel and is a transitional phase. When the light elements are mostly used up the star can no longer resist gravity and it starts to collapse inward. The outer layers of the star grow outward and cool. The larger, cooler star turns red in color and so is called a red giant.Eventually, a red giant burns up all of the helium in its core. What happens next depends on how massive the star is. A typical star, such as the Sun, stops fusion completely. Gravitational collapse shrinks the star’s core to a white, glowing object about the size of Earth, called a white dwarf. A white dwarf will ultimately fade out. 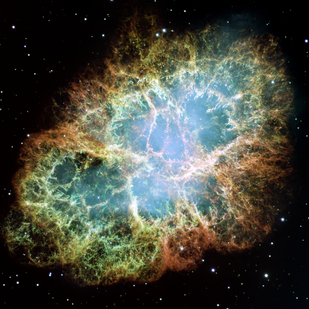 A star that runs out of helium will end its life much more dramatically. When very massive stars leave the main sequence, they become red supergiants.Unlike a red giant, when all the helium in a red supergiant is gone, fusion continues. Lighter atoms fuse into heavier atoms up to iron atoms. Creating elements heavier than iron through fusion uses more energy than it produces so stars do not ordinarily form any heavier elements. When there are no more elements for the star to fuse, the core succumbs to gravity and collapses, creating a violent explosion called a supernova. A supernova explosion contains so much energy that atoms can fuse together to produce heavier elements such as gold, silver, and uranium. A supernova can shine as brightly as an entire galaxy for a short time. All elements with an atomic number greater than that of lithium were created by nuclear fusion in stars. 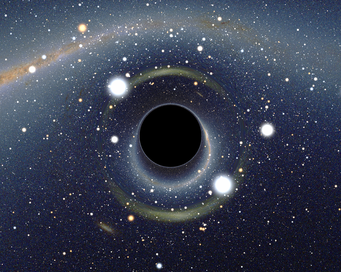 After a supernova explosion, the leftover material in the core is extremely dense. If the core is less than about four times the mass of the Sun, the star becomes a neutron star. A neutron star is made almost entirely of neutrons, relatively large particles that have no electrical charge.If the core remaining after a supernova is more than about five times the mass of the Sun, the core collapses into a black hole. Black holes are so dense that not even light can escape their gravity. With no light, a black hole cannot be observed directly. But a black hole can be identified by the effect that it has on objects around it, and by radiation that leaks out around its edges. The video below on the left demonstrates what it would be like to observe a supernova, while the other TED Talk is on hunting black holes.