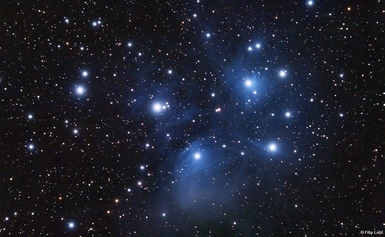 Although constellations have stars that usually only appear to be close together, stars may be found in the same portion of space. Stars that are grouped closely together are called star systems. Larger groups of hundreds or thousands of stars are called star clusters. The image shown here is a famous star cluster classed M45, also known as Pleides, which can be seen with the naked autumn sky.Although the star humans know best is a single star, many stars—in fact, more than half of the bright stars in our galaxy—are star systems. A system of two stars orbiting each other is a binary star. A system with more than two stars orbiting each other is a multiple star system. The stars in a binary or multiple star system are often so close together that they appear as one and only through a telescope can the pair be distinguished. 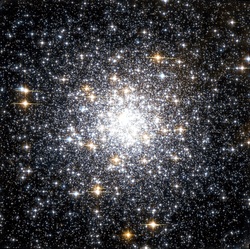 Check out more amazing images taken by the Hubble telescope.