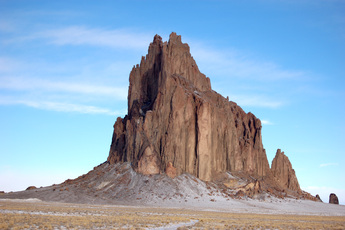 Volcanoes are associated with many types of landforms. The landforms vary with the composition of the magma that created them. Hot springs and geysers are also examples of surface features related to volcanic activity.The most obvious landforms created by lava are volcanoes, most commonly as cinder cones, composite volcanoes, and shield volcanoes or eruptions that take place through fissures. The eruptions that created the entire ocean floor are essentially fissure eruptions. Magma intrusions ALSO can create landforms. The image on the right is of Shiprock in New Mexico, which is the neck of an old volcano that has eroded away. 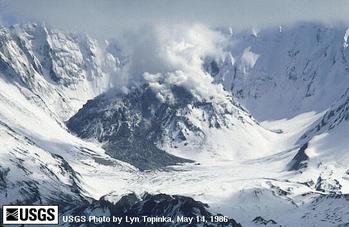 When lava is viscous, it flows slowly. If there is not enough magma or enough pressure to create an explosive eruption, the magma may form a lava dome. But because the viscosity of the magma is so thick, the lava does not flow far from the vent. Lava flows often make mounds right in the middle of craters at the top of volcanoes.

A lava plateau forms when large amounts of fluid lava flows over an extensive area. When the lava solidifies, it creates a large, flat surface of igneous rock. Lava creates new land as it solidifies on the coast or emerges from beneath the water. Over time the eruptions can create whole islands. The Hawaiian Islands are formed from shield volcano eruptions that have grown over the last 5 million years. 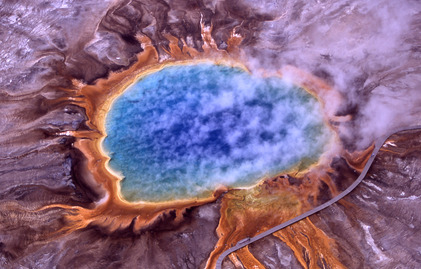 Water sometimes comes into contact with hot rock. The water may emerge at the surface as either a hot spring or a geyser. Water heated below ground that rises through a crack to the surface creates a hot spring. The water in hot springs may reach temperatures in the hundreds of degrees Celsius beneath the surface, although most hot springs are much cooler.