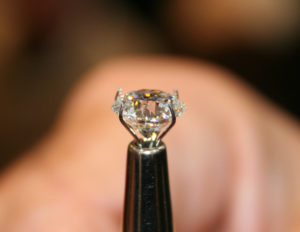 In the United States, another approach to quality management was formulated at Motorola in 1986 and was named Six Sigma (6σ). Whereas lean management is focused on eliminating waste and ensuring efficiency, Six Sigma focuses on eliminating defects and reducing variability. The following features also set Six Sigma apart from other quality-improvement initiatives:

Six Sigma identifies individuals considered to be “experts in quality,” and it awards titles like Champion and Master Black Belt. By the late 1990s, about two-thirds of the top five hundred companies in the United States had begun Six Sigma projects, including Ford, which had allowed its quality programs to slip.

Through the International Organization for Standardization (ISO), a nongovernmental agency based in Switzerland, it’s possible to find out the kind of information just mentioned. The resources of this organization will enable you to identify those organizations that have people and processes in place for delivering products that satisfy customers’ quality requirements. You can also find out which organizations work to reduce the negative impact of their activities on the environment. Working with representatives from various countries, the organization has established the ISO 9000 family of international standards for quality management and the ISO 14000 family of international standards for environmental management.

To provide encouragement and a consistent standard, the U.S. government created the Malcolm Baldrige National Quality Award in 1987 to encourage companies to improve quality; the award was named for Malcolm Baldrige, who was the U.S. secretary of commerce from 1981 to 1987.[5] The Commerce Department’s National Institute of Standards and Technology (NIST) manages the Baldrige Award in cooperation with the private sector. An organization may compete for the award in one of six categories: manufacturing, service, small business, health care, education, and nonprofit (including government agencies). An independent board of examiners recommends the Baldrige Award recipients after evaluating them in the following seven areas defined by the Baldrige Excellence Framework: