At both the federal and state levels, the law of the United States can be traced back to the common law system of English law, which was in force in the American colonies during the time of the Revolutionary War. Since then, U.S. law has diverged greatly from its English roots both in terms of substance and procedure. The main departure occurred when the United States ratified the Constitution in 1789. In effect, the Constitution and federal statutes and laws made in furtherance of the Constitution were established as “the supreme Law of the Land.” From that point on, the law of the land was no longer based on legal practices in England but became distinctly American and home grown. When the individual states ratified their state constitutions, the state legislatures obtained the power to establish state law, or the “Law of the State.” Together, this collection of federal and state laws constitutes something we often refer to as the “body of law.” This body of law governs the behavior of individuals, businesses, and even governments. Just like the human body, the “body of law” is comprised of multiple parts, each performing an individual function while simultaneously working together as a whole. In this section, we will examine two of the most fundamental types of laws, followed by nearly every nation in the world: statutory law and common law.

A statute is a law passed by a legislature; and statutory law is the body of law resulting from statutes. A statute—or the statutory law—may also be referred to as legislation. One of the benefits of statutory law is that whether it’s federal or state law, it’s a written law that you can locate and read at the law library or online. This is not true of common law, which is also known as “unwritten law, because it’s not collected in a single source. 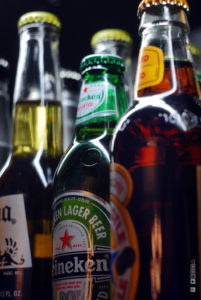 Suppose you are headed over to a friend’s house to watch football on Sunday, and on your way you stop in at the local supermarket to buy some beer and pretzels for the gang. You carry your six-pack and snacks up to the counter to pay, and the clerk tells you that she’s sorry, but she can’t sell you the beer. At first you think it’s because she suspects you’re underage, but before you can show her your ID, she explains that she can’t sell alcohol before noon because (1) it’s Sunday and (2) you are in the State of North Carolina. Shocked, you think she’s joking until she refers you to the following NC Statute: N.C. General Statute 18B-1004(c) states, “It shall be unlawful to sell or consume alcoholic beverages on any licensed premises from the time at which sale or consumption must cease on Sunday morning until 12:00 noon on that day.” No amount of begging or pleading will get you the beer, because the owner of the supermarket knows that if she violates N.C. General Statute 18B-1004(c), the store’s ABC license could be revoked and its alcohol sales ended permanently. This is an example of statutory law.

However, when the federal and state constitutions were written, it wasn’t possible to anticipate and include every possible law in those documents. For instance, in 1789 there was no reason to write laws prohibiting people from operating motor vehicles while intoxicated, because there were no motor vehicles yet—people still rode horses. Instead, the Constitution made provisions for law to evolve as society evolved. In 1803, U.S. Supreme Court Chief Justice John Marshall stated that “[i]t is emphatically the province and duty of the Judicial Department to say what the law is.” This kind of judge-made law is common law. Case law is developed by judges, courts, and similar tribunals, and, over time, the decisions in individual cases establish precedents for future cases. Precedent means that the decisions judges have made in earlier cases guide how future cases are decided. In common law systems, this principle is called stare decisis, and it has a binding effect on judges and courts: Stare decisis holds that cases should be decided according to consistent principled rules so that similar facts will yield similar results. If the court finds that the current dispute is fundamentally distinct from previous cases, judges have the authority and duty to make law by creating precedent. Thereafter, the new decision becomes precedent and will bind future courts. 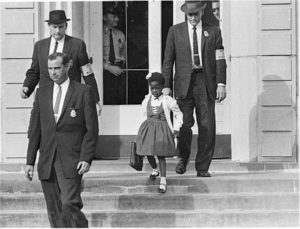 In Brown v. Board of Education, the landmark case concerning racial segregation in U.S. public schools, the Supreme Court ultimately handed down a decision that established a new legal precedent. At the heart of the case was the contention that the separate school systems for blacks and whites were inherently unequal and thus violated the Equal Protection Clause of the Fourteenth Amendment to the U.S. Constitution.

After the case was reheard in 1953, Chief Justice Warren was able to persuade all of the justices to support a unanimous decision declaring segregation in public schools to be unconstitutional. On May 14, 1954, he delivered the opinion of the Court: “We conclude that in the field of public education the doctrine of ‘separate but equal’ has no place. Separate educational facilities are inherently unequal. . .”

Although it would be many years before all U.S. public schools were desegregated, the Supreme Court’s ruling in Brown was the legal turning point that paved the way for the this change. Under common law, the precedent it established was that separate educational facilities for different races are inherently unequal.