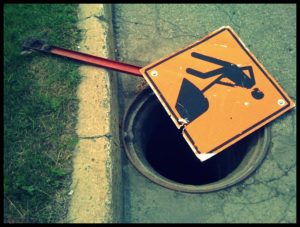 In common law jurisdictions, a tort is a civil wrong that unfairly causes someone else to suffer loss or harm, resulting in legal liability for the person who commits the tortious act. Although crimes may be torts, the cause of legal action is not necessarily a crime, as the harm may be due to negligence. The following video explains what negligence is.

The victim of the harm can recover his or her loss as damages in a lawsuit. In order to prevail, the plaintiff in the lawsuit, commonly referred to as the injured party, must show that the action or lack of action was the legally recognizable cause of the harm.

Legal injuries are not limited to physical injuries and may include emotional, economic, or reputational injuries, as well as violations of privacy, property, or constitutional rights. Torts include such varied topics as auto accidents, false imprisonment, defamation, product liability, copyright infringement, and environmental pollution (toxic torts). While many torts are the result of negligence, tort law also recognizes intentional torts, in which a person has intentionally acted in a way that harms another. In addition, when it comes to product liability, the courts have established a doctrine of “strict liability” for torts arising from injury caused by the use of a company’s product and/or service. Under “strict liability,” the injured party does not have to prove that the company was negligent in order to win a claim for damages.

Tort law is different from criminal law in two ways: (1) torts may result from negligent as well as intentional or criminal actions, and (2) tort lawsuits have a lower burden of proof, such as “preponderance of evidence” rather than “beyond a reasonable doubt.” Sometimes a plaintiff may prevail in a tort case even if the person who allegedly caused harm was acquitted in an earlier criminal trial. For example, O. J. Simpson was acquitted in criminal court of murder but later found liable for the tort of wrongful death. 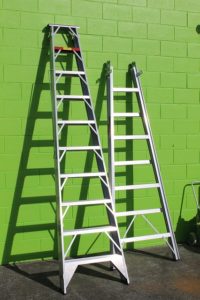 Having escaped the house-painting business relatively unscathed, you head back home to rethink your options for gainful employment during your summer vacation. You’ve stored your only remaining capital assets—the two ladders and the platform that you’d used for scaffolding—in your father’s garage. One afternoon, your uncle notices them.

Examining one of the ladders, he asks you how much weight it’s designed to hold, and you tell him what the department manager at Ladders ’n’ Things told you: three hundred pounds per rung. Sensing that he might want to buy them, you hasten to add that, although you got them at a cut-rate price because of a little rust, they’re virtually brand-new. As it turns out, your uncle doesn’t want to buy the ladders, but he does offer to pay you $35 an hour to take them to his house and help him put up new roofing. He’s easygoing, he’s family, and he probably won’t sue you for anything, so you jump at the opportunity.

Everything goes smoothly until day two, when you’re working on the scaffolding two stories off the ground. In the process of unwrapping a bundle of shingles, one of the ladders buckles, and the entire platform comes down—landing you on your uncle’s stone patio with a cervical fracture.

Fortunately, there’s no damage to your spinal cord, but you’re in pain and you need surgery. Now it’s your turn to sue somebody. But whom? And for what?

Pursuing a Claim of Product Liability

Not surprising, your lawyer advises you to file an action for product liability—a claim of injury suffered because of a defective product (in your case, the ladder, of course). He goes on to say that in cases of product liability, there are three major bases for product liability claims. Section 2 of the Restatement (Third) of Torts: Products Liability identifies the following: manufacturing defect, design defect, failure to warn (also known as marketing defects). These are explained below:

In most states, these defects are not legal claims in and of themselves, but they are the grounds for the action (negligence or strict liability). For example, a plaintiff might plead negligent failure to warn or strict liability for defective design.

For the sake of argument, let’s say that your lawyer isn’t very confident about pursuing a claim of negligence against the manufacturer of your ladder. The company doesn’t appear to have been careless in any of the three forms prescribed by law, and it will in any case be difficult to demonstrate the elements required in negligence cases. He suggests instead that you proceed on grounds of strict liability.

In tort law, strict liability is the imposition of liability on a party without a finding of fault (such as negligence or tortious intent). The claimant need only prove that the tort occurred and that the defendant was responsible. The law imputes strict liability to situations it considers to be inherently dangerous. It discourages reckless behavior and needless loss by forcing potential defendants to take every possible precaution. It also has the effect of simplifying and thereby expediting court decisions in these cases. In short, strict liability is based on the following legal theories:

A classic example of strict liability is the owner of a tiger rehabilitation center. No matter how strong the tiger cages are, if an animal escapes and causes damage and injury, the owner is held liable. Another example is a contractor hiring a demolition subcontractor that lacks proper insurance. If the subcontractor makes a mistake, the contractor is strictly liable for any damage that occurs.

In strict liability situations, although the plaintiff does not have to prove fault, the defendant can raise a defense of “absence of fault”: that is, the defense can argue that the defect was the result of the plaintiff’s actions—not of the product—and that no inference of defect should be drawn solely because an accident occurs. On the other hand, if the plaintiff can prove that the defendant knew about the defect before the damages occurred, in some jurisdictions additional punitive damages can be awarded to the victim.

When someone pursues a claim under a tort, the goal (or legal remedy) is usually the award of damages. Damages in tort are generally awarded to restore the plaintiff to the position he or she was in had the tort not occurred.

In law, damages are an award, typically of money, to be paid to a person as compensation for loss or injury. Damages are classified as compensatory (or actual) damages and punitive damages. Compensatory damages are further categorized into special damages, which are economic losses such as loss of earnings, property damage, and medical expenses, and general damages, which are noneconomic damages such as pain and suffering and emotional distress. 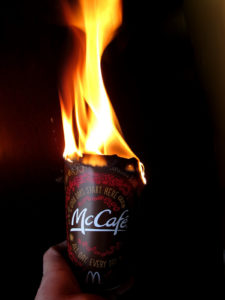 In the case of Liebeck v. McDonald’s Restaurants (1994), for example, 79-year-old Stella Liebeck spilled McDonald’s coffee in her lap, which resulted in second- and third-degree burns on her thighs, buttocks, groin, and genitals. The burns were severe enough to require skin grafts. Liebeck attempted to have McDonald’s pay her $20,000 medical bills as indemnity for the incident. McDonald’s refused, and Liebeck sued. During the case’s discovery process, internal documents from McDonald’s revealed that the company had received hundreds of similar complaints from customers claiming that McDonald’s coffee caused severe burns. At trial, this led the jury to find that McDonald’s knew their product was dangerous and injuring their customers and that the company had done nothing to correct the problem. The jury decided on $200,000 in compensatory damages, but attributed 20 percent of the fault to Liebeck, reducing her compensation to $160,000. The jury also awarded Liebeck $2.7 million in punitive damages, which, at the time, represented two days’ of McDonald’s coffee sales revenue. The judge later reduced the punitive damages to $480,000. The case is often criticized for the very high amount of damages the jury awarded.