Remember Levinson’s theory from our last lesson? Levinson found that the men he interviewed sometimes had difficulty reconciling the “dream” they held about the future with the reality they now experience. “What do I really get from and give to my wife, children, friends, work, community-and self?” a man might ask (Levinson, 1978, p. 192). Tasks of the midlife transition include 1) ending early adulthood; 2) reassessing life in the present and making modifications if needed; and 3) reconciling “polarities” or contradictions in ones sense of self. Perhaps, early adulthood ends when a person no longer seeks adult status-but feels like a full adult in the eyes of others. This ‘permission’ may lead to different choices in life; choices that are made for self-fulfillment instead of social acceptance. While people in their early 20s may emphasize how old they are (to gain respect, to be viewed as experienced), by the time people reach their 40s, they tend to emphasize how young they are. (Few 40 year olds cut each other down for being so young: “You’re only 43? I’m 48!!”) 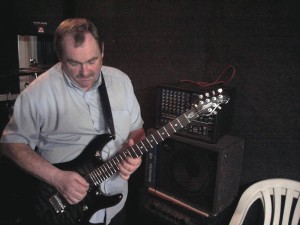 This new perspective on time brings about a new sense of urgency to life. The person becomes focused more on the present than the future or the past. The person grows impatient at being in the “waiting room of life” postponing doing the things they have always wanted to do. Now is the time. If it’s ever going to happen, it better happen now. A previous focus on the future gives way to an emphasis on the present. Neugarten (1968) notes that in midlife, people no longer think of their lives in terms of how long they have lived. Rather, life is thought of in terms of how many years are left. If an adult is not satisfied at midlife, there is a new sense of urgency to start to make changes now.

Changes may involve ending a relationship or modifying one’s expectations of a partner. These modifications are easier than changing the self (Levinson, 1978). Midlife is a period of transition in which one holds earlier images of the self while forming new ideas about the self of the future. A greater awareness of aging accompanies feelings of youth. And harm that may have been done previously in relationships haunts new dreams of contributing to the well-being of others. These polarities are the quieter struggles that continue after outward signs of “crisis” have gone away.

Levinson characterized midlife as a time of developmental crisis. However, research suggests that most people in the United States today do not experience a midlife crisis and that, in fact, many women find midlife a freeing, satisfying period. Results of a 10 year study conducted by the MacArthur Foundation Research Network on Successful Midlife Development, based on telephone interviews with over 3,000 midlife adults suggest that the years between 40 and 60 are ones marked by a sense of well-being. Only 23 percent of their participants reported experiencing a midlife crisis. The crisis tended to occur among the highly educated and was triggered by a major life event rather than out of a fear of aging (Research Network on Successful Midlife Development, accessed 2007). Maybe only the more affluent and educated have the luxury (or burden) of such self-examination. Nevertheless, sales of products designed to make one feel younger and “over the hill” birthday parties with black balloons and banners abound.

One of the reasons the men in Levinson’s study became concerned about their life was because it had not followed the course they had envisioned. Shapiro (2006) offers an alternative to linear thinking about the future and career paths. Many plan their futures by using a map. They have a sense of where they are and where they want to be and form strategies to get from point A to point B. While this seems perfectly logical, Shapiro suggests that following a map closes one to opportunities for the future and provides a standard by which all actual events may fall short. Life, then, is evaluated by how closely actual life events have followed the map. If so, all is well. If not, a feeling of frustration and failure creeps in. Shapiro suggests using a compass rather than a map as one’s guide. A compass indicates a direction, but does not provide a destination. So, a person who lives “goal free” has direction and areas of interest that guide decision-making, but does not know the outcome. (Many of us do not know the outcome-even when we follow a map!) This approach opens a person up to possibilities that often occur by chance and frees one from being stressed or devastated if a preset destination is not reached by a certain time. And more importantly, goal-free (or compass-guided living) focuses a person’s attention on the process of the journey and helps them appreciate all of their experiences along the way. What do you think? How many of your plans were mapped out previously? Could you be happy knowing that you do not know where you will be 5 years from now?

A clear sense of self, identity, and control can be important for meeting the challenges of midlife (Lachman and Firth, 2004). Consider this story of overcoming gender identity at midlife.

Finding Identity at Midlife: The Story of Erika

The late 40s brought about dramatic change in Erika’s life. Erika is a transsexual who began the process of transitioning from male to female at about age 48. Since about age 8, Erika (then Richard) felt that he was more feminine than masculine. An impromptu game of “dress up” with a girl who lived in the neighborhood left Richard feeling a sense of connection and ‘rightness’ he had not before experienced. Through the years, dressing up and wearing make-up provided comfort and relief as well as the anxiety of possibly being discovered. Richard married and pursued a career in the military and later as a geologist, two very masculine careers, but all the while felt out of place in a masculine world.

Through the years, discomfort gave rise to depression and thoughts of suicide. “I felt like some sick, weird person.” Not knowing what was wrong and not having anyone to talk to was very difficult. Erika finally found out what was wrong after searching the internet. First, she looked up “transvestite”. “Is that what I am?” she wondered. But these descriptions did not apply. Finally, she learned about gender identity disorder, marked by a feeling of discomfort and disconnection between one’s sense of self and biological gender. Eventually, Richard got the courage to tell his wife. Her response was, “you’re killing my husband”, to which he replied, “He would have died anyway.” The couple separated after 24 years of marriage. After several months, however, the couple got back together. “We were just too good of friends to break up.” But her wife did not want to see it, initially. “I would get dressed in the garage or dress like a man from the waist up and then stop behind a grocery store and finish changing before I got to my destination.”

Erika found a psychologist in the phone book and began treatment under the Harry Benjamin standard of care. This care requires that an individual be identified as transsexual by two psychologists, and lives completely as a member of the other sex for one year before beginning surgical and hormonal treatments. Erika’s surgery cost about $30,000. Hormone therapy and electrolysis cost far more.

Now in their 30th year together, Erika and wife they live under the same roof, but no longer share a bedroom. Erika now has full status through the state and government as a female. And her wife, is a warm, accepting, roommate. “The day that she yelled from her bedroom, ‘do you have any pantyhose’ was an important one.” And seeing her lipstick on the rim of a wine glass created a feeling of congruence for Erika. Erika could now be Erika.

According to Erikson, midlife adults face the crisis of generativity vs. stagnation. This involves looking at one’s life while asking the question, “Am I doing anything worthwhile? Is anyone going to know that I was here? What am I contributing to others?” If not, a feeling of being stuck or stagnated may result. This discomfort can motivate a person to redirect energies into more meaningful activities. It is important to make revisions here so that in later life, one may feel a sense of pride and accomplishment and feel content with the choices that have been made.

Younger and older adults tend to experience more spouse-related stress than do midlife adults.  Midlife adults often have overload stressors such as having too many demands placed on them by children or due to financial concerns. Parents adjust to launching their children into lives of their own during this time. Some parents who feel uncomfortable about their children leaving home may actually precipitate a crisis to keep it from happening or push their child out too soon (Anderson and Sabatelli, 2007). But even welcomed and anticipated departure can still require adjustment on the part of the parents as they get used to their empty nest.

Adult children typically maintain frequent contact with their parents if for no other reason, for money and advice. Attitudes toward one’s parents may become more accepting and forgiving as parents are seen in a more objective way-as people with good points and bad. And, as adults, children can continue to be subjected to criticism, ridicule, and abuse at the hand of parents. How long are we “adult children”? For as long as our parents are living, we continue in the role of son or daughter. (I had a neighbor in her nineties who would tell me her “boys” were coming to see her this weekend. Her boys were in their 70s-but they were still her boys!) But after ones parents are gone, the adult is no longer a child; as one 40 year old man explained after the death of his father, “I’ll never be a kid again.” And adult children, known as boomerang kids, may return home to live temporarily after divorces or if they lose employment.

Being a midlife child sometimes involves kinkeeping; organizing events and communication in order to maintain family ties. Kinkeepers are often midlife daughters (they are the person who tells you what food to bring to a gathering or makes arrangement for a family reunion), but kinkeepers can be midlife sons as well.

Caregiving of a disabled child, spouse, or other family member is part of the lives of some midlife adults. Overall, one major source of stress is that of trying to balance caregiving with meeting the demands of work away from home. Caregiving can have both positive and negative consequences that depend in part on the gender of the caregiver and the person receiving the care. Men and women express greater distress when caring for a spouse than when caring for other family members.  Men who care are providing care for a spouse are more likely to experience greater hostility but also more personal growth than non-caregiving males. Men who are caring for disabled children express having more positive relationships with others. Women experience more positive relationships with others and greater purpose in life when caring for parents either in or outside of their home. But women who are caring for disabled children may experience poorer health and greater distress as a result (Marks, 1998).