The phrase “boys will be boys” is often used to justify behavior such as pushing, shoving, or other forms of aggression from young boys. The phrase implies that such behavior is unchangeable and something that is part of a boy’s nature. Aggressive behavior, when it does not inflict significant harm, is often accepted from boys and men because it is congruent with the cultural script for masculinity. The “script” written by society is in some ways similar to a script written by a playwright. Just as a playwright expects actors to adhere to a prescribed script, society expects women and men to behave according to the expectations of their respective gender roles. Scripts are generally learned through a process known as socialization, which teaches people to behave according to social norms.

Children learn at a young age that there are distinct expectations for boys and girls. Cross-cultural studies reveal that children are aware of gender roles by age two or three. At four or five, most children are firmly entrenched in culturally appropriate gender roles (Kane 1996). Children acquire these roles through socialization, a process in which people learn to behave in a particular way as dictated by societal values, beliefs, and attitudes. For example, society often views riding a motorcycle as a masculine activity and, therefore, considers it to be part of the male gender role. Attitudes such as this are typically based on stereotypes, oversimplified notions about members of a group. Gender stereotyping involves overgeneralizing about the attitudes, traits, or behavior patterns of women or men. For example, women may be thought of as too timid or weak to ride a motorcycle. 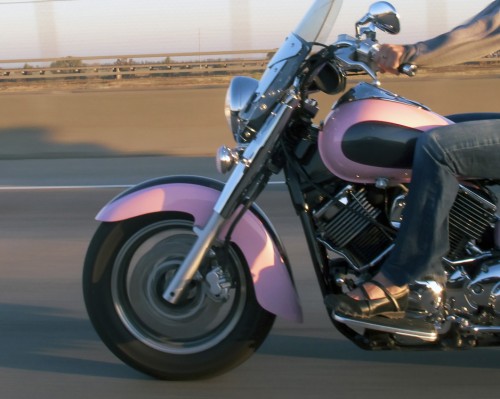 Although our society may have a stereotype that associates motorcycles with men, female bikers demonstrate that a woman’s place extends far beyond the kitchen in the modern United States. (Photo courtesy of Robert Couse-Baker/flickr)

Gender stereotypes form the basis of sexism. Sexism refers to prejudiced beliefs that value one sex over another. It varies in its level of severity. In parts of the world where women are strongly undervalued, young girls may not be given the same access to nutrition, healthcare, and education as boys. Further, they will grow up believing they deserve to be treated differently from boys (UNICEF 2011; Thorne 1993). While it is illegal in the United States when practiced as discrimination, unequal treatment of women continues to pervade social life. It should be noted that discrimination based on sex occurs at both the micro- and macro-levels. Many sociologists focus on discrimination that is built into the social structure; this type of discrimination is known as institutional discrimination (Pincus 2008).

Gender socialization occurs through four major agents of socialization: family, education, peer groups, and mass media. Each agent reinforces gender roles by creating and maintaining normative expectations for gender-specific behavior. Exposure also occurs through secondary agents such as religion and the workplace. Repeated exposure to these agents over time leads men and women into a false sense that they are acting naturally rather than following a socially constructed role.

Family is the first agent of socialization. There is considerable evidence that parents socialize sons and daughters differently. Generally speaking, girls are given more latitude to step outside of their prescribed gender role (Coltrane and Adams 2004; Kimmel 2000; Raffaelli and Ontai 2004). However, differential socialization typically results in greater privileges afforded to sons. For instance, boys are allowed more autonomy and independence at an earlier age than daughters. They may be given fewer restrictions on appropriate clothing, dating habits, or curfew. Sons are also often free from performing domestic duties such as cleaning or cooking and other household tasks that are considered feminine. Daughters are limited by their expectation to be passive and nurturing, generally obedient, and to assume many of the domestic responsibilities.

Even when parents set gender equality as a goal, there may be underlying indications of inequality. For example, boys may be asked to take out the garbage or perform other tasks that require strength or toughness, while girls may be asked to fold laundry or perform duties that require neatness and care. It has been found that fathers are firmer in their expectations for gender conformity than are mothers, and their expectations are stronger for sons than they are for daughters (Kimmel 2000). This is true in many types of activities, including preference for toys, play styles, discipline, chores, and personal achievements. As a result, boys tend to be particularly attuned to their father’s disapproval when engaging in an activity that might be considered feminine, like dancing or singing (Coltraine and Adams 2008). Parental socialization and normative expectations also vary along lines of social class, race, and ethnicity. African American families, for instance, are more likely than Caucasians to model an egalitarian role structure for their children (Staples and Boulin Johnson 2004).

The reinforcement of gender roles and stereotypes continues once a child reaches school age. Until very recently, schools were rather explicit in their efforts to stratify boys and girls. The first step toward stratification was segregation. Girls were encouraged to take home economics or humanities courses and boys to take math and science.

Studies suggest that gender socialization still occurs in schools today, perhaps in less obvious forms (Lips 2004). Teachers may not even realize they are acting in ways that reproduce gender differentiated behavior patterns. Yet any time they ask students to arrange their seats or line up according to gender, teachers may be asserting that boys and girls should be treated differently (Thorne 1993).

Even in levels as low as kindergarten, schools subtly convey messages to girls indicating that they are less intelligent or less important than boys. For example, in a study of teacher responses to male and female students, data indicated that teachers praised male students far more than female students. Teachers interrupted girls more often and gave boys more opportunities to expand on their ideas (Sadker and Sadker 1994). Further, in social as well as academic situations, teachers have traditionally treated boys and girls in opposite ways, reinforcing a sense of competition rather than collaboration (Thorne 1993). Boys are also permitted a greater degree of freedom to break rules or commit minor acts of deviance, whereas girls are expected to follow rules carefully and adopt an obedient role (Ready 2001).

Mimicking the actions of significant others is the first step in the development of a separate sense of self (Mead 1934). Like adults, children become agents who actively facilitate and apply normative gender expectations to those around them. When children do not conform to the appropriate gender role, they may face negative sanctions such as being criticized or marginalized by their peers. Though many of these sanctions are informal, they can be quite severe. For example, a girl who wishes to take karate class instead of dance lessons may be called a “tomboy” and face difficulty gaining acceptance from both male and female peer groups (Ready 2001). Boys, especially, are subject to intense ridicule for gender nonconformity (Coltrane and Adams 2004; Kimmel 2000).

Mass media serves as another significant agent of gender socialization. In television and movies, women tend to have less significant roles and are often portrayed as wives or mothers. When women are given a lead role, it often falls into one of two extremes: a wholesome, saint-like figure or a malevolent, hypersexual figure (Etaugh and Bridges 2003). This same inequality is pervasive in children’s movies (Smith 2008). Research indicates that in the ten top-grossing G-rated movies released between 1991 and 2013, nine out of ten characters were male (Smith 2008).

Television commercials and other forms of advertising also reinforce inequality and gender-based stereotypes. Women are almost exclusively present in ads promoting cooking, cleaning, or childcare-related products (Davis 1993). Think about the last time you saw a man star in a dishwasher or laundry detergent commercial. In general, women are underrepresented in roles that involve leadership, intelligence, or a balanced psyche. Of particular concern is the depiction of women in ways that are dehumanizing, especially in music videos. Even in mainstream advertising, however, themes intermingling violence and sexuality are quite common (Kilbourne 2000).

Learn more about gender at the Kinsey Institute.

1. Which of the following is the best example of a gender stereotype?

2. Which of the following is the best example of the role peers play as an agent of socialization for school-aged children?

sexism:
the prejudiced belief that one sex should be valued over another