You may remember the word “stratification” from geology class. The distinct vertical layers found in rock, called stratification, are a good way to visualize social structure. Society’s layers are made of people, and society’s resources are distributed unevenly throughout the layers. The people who have more resources represent the top layer of the social structure of stratification. Other groups of people, with progressively fewer and fewer resources, represent the lower layers of our society. 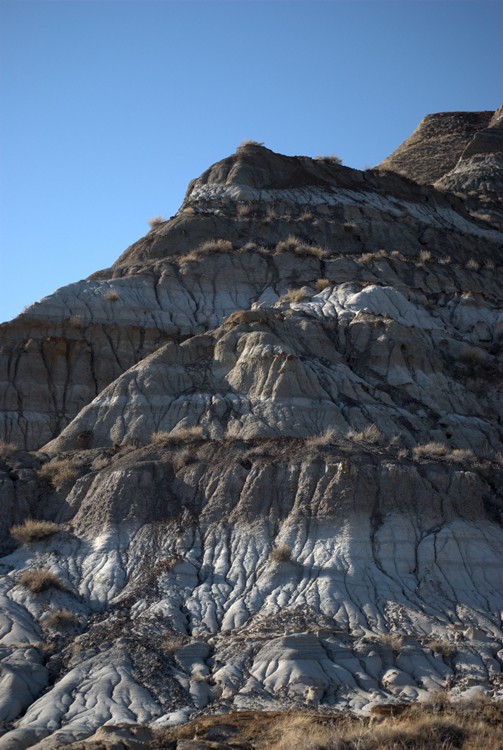 Strata in rock illustrate social stratification. People are sorted, or layered, into social categories. Many factors determine a person’s social standing, such as income, education, occupation, as well as age, race, gender, and even physical abilities. (Photo courtesy of Just a Prairie Boy/flickr)

In the United States, people like to believe everyone has an equal chance at success. To a certain extent, Aaron illustrates the belief that hard work and talent—not prejudicial treatment or societal values—determine social rank. This emphasis on self-effort perpetuates the belief that people control their own social standing. 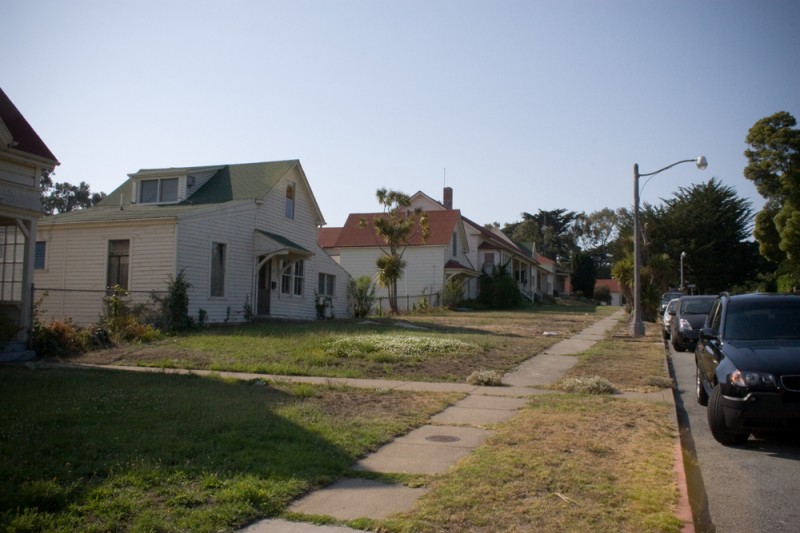 The people who live in these houses most likely share similar levels of income and education. Neighborhoods often house people of the same social standing. Wealthy families do not typically live next door to poorer families, though this varies depending on the particular city and country. (Photo courtesy of Orin Zebest/flickr)

Factors that define stratification vary in different societies. In most societies, stratification is an economic system, based on wealth, the net value of money and assets a person has, and income, a person’s wages or investment dividends. While people are regularly categorized based on how rich or poor they are, other important factors influence social standing. For example, in some cultures, wisdom and charisma are valued, and people who have them are revered more than those who don’t. In some cultures, the elderly are esteemed; in others, the elderly are disparaged or overlooked. Societies’ cultural beliefs often reinforce the inequalities of stratification.

One key determinant of social standing is the social standing of our parents. Parents tend to pass their social position on to their children. People inherit not only social standing but also the cultural norms that accompany a certain lifestyle. They share these with a network of friends and family members. Social standing becomes a comfort zone, a familiar lifestyle, and an identity. This is one of the reasons first-generation college students do not fare as well as other students.

Other determinants are found in a society’s occupational structure. Teachers, for example, often have high levels of education but receive relatively low pay. Many believe that teaching is a noble profession, so teachers should do their jobs for love of their profession and the good of their students—not for money. Yet no successful executive or entrepreneur would embrace that attitude in the business world, where profits are valued as a driving force. Cultural attitudes and beliefs like these support and perpetuate social inequalities.

As a result of the Great Recession that rocked our nation’s economy in the last few years, many families and individuals found themselves struggling like never before. The nation fell into a period of prolonged and exceptionally high unemployment. While no one was completely insulated from the recession, perhaps those in the lower classes felt the impact most profoundly. Before the recession, many were living paycheck to paycheck or even had been living comfortably. As the recession hit, they were often among the first to lose their jobs. Unable to find replacement employment, they faced more than loss of income. Their homes were foreclosed, their cars were repossessed, and their ability to afford healthcare was taken away. This put many in the position of deciding whether to put food on the table or fill a needed prescription.

While we’re not completely out of the woods economically, there are several signs that we’re on the road to recovery. Many of those who suffered during the recession are back to work and are busy rebuilding their lives. The Affordable Health Care Act has provided health insurance to millions who lost or never had it.

But the Great Recession, like the Great Depression, has changed social attitudes. Where once it was important to demonstrate wealth by wearing expensive clothing items like Calvin Klein shirts and Louis Vuitton shoes, now there’s a new, thriftier way of thinking. In many circles, it has become hip to be frugal. It’s no longer about how much we spend, but about how much we don’t spend. Think of shows like Extreme Couponing on TLC and songs like Macklemore’s “Thrift Shop.”

1. Which person best illustrates opportunities for upward social mobility in the United States?

income:
the money a person earns from work or investments

social stratification:
a socioeconomic system that divides society’s members into categories ranking from high to low, based on things like wealth, power, and prestige

wealth:
the value of money and assets a person has from, for example, inheritance