How did the universe begin? Where did it all come from? Scientists, theologians, and educators have been debating this topic for centuries. 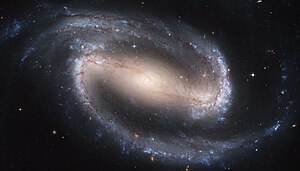 A common place for this debate occurs in school textbooks—should they teach creationism or the big bang theory? How you answer this question depends on the theoretical perspective you hold. In either case, your theoretical perspective includes some common features—-reasons to justify your theory and evidence you use to prove that it is correct. Creationists cite the Bible or other religious texts as proof of their theoretical perspective. Advocates of the big bang theory argue that the earth emerged 13.7 billion years ago and cite the continued expansion of space (Hubble’s Law) as verifiable proof that this theory is correct. But how do we know which theory is right? Let’s apply this same reasoning to communication. Think about the many ways you develop, and try to answer, questions about the “right” ways to communicate.

We want to leave the intricacies of the theoretical debate between creationism and the big bang theory to our colleagues in the physical sciences, religious studies, and philosophies. However, we’ll use this chapter to explore theoretical issues relevant to the study of Communication. By the end of this chapter you should understand what communication theories are, their functions, how we evaluate them, and the five major theoretical paradigms shaping Communication study today. You’ll also discover just how important communication theory is to your everyday life.