What Do We Mean by Culture?

Before going any further, let us spend some time discussing what we mean by culture. When you began reading this chapter what did you think we meant by the word culture? Your answer probably had something to do with people from different countries or of different racial and ethnic backgrounds. You are right—to a certain degree. Culture does include race, nationality, and ethnicity, but goes beyond those identity markers as well. The following are various aspects of our individual identity that we use to create membership with others to form a shared cultural identity: race, ethnicity, nationality, gender, sexual orientation, and social class. In addition to explaining the above identities, we will also discuss ethnocentrism, privilege, advantage, disadvantage, power, whiteness, co-culture, and political correctness as these terms are relevant to understanding the interplay between communication and culture.

When we talk about culture we are referring to belief systems, values, and behaviors that support a particular ideology or social arrangement. Culture guides language use, appropriate forms of dress, and views of the world. The concept is broad and encompasses many areas of our lives such as the role of the family, individual, educational systems, employment, and gender.

Race is often difficult to talk about, not because of the inherent complexity of the term itself, but because of the role that race plays in society. Race is what we call a loaded word because it can bring up strong emotions and connotations. Understandings of race fall into two camps: a biological versus a sociopolitical construction of what it means to belong to a particular racial group. A biological construction of race claims that “pure” races existed and could be distinguished by such physical features as eye color and shape, skin color, and hair. Moreover, these differences could be traced back to genetic differences. This theory has been debunked by numerous scientists and been replaced with the understanding that there are greater genetic differences within racial groups, not between them. In addition, there is no scientific connection with racial identity and cultural traits or behaviors.

Instead of biology, we draw on a sociopolitical understanding of what it means to be of a particular race. This simply means that it is not a person’s DNA that places them into a particular racial grouping, but all of the other factors that create social relations—politics, geography, or migration. We can also examine the reality that the meanings of race have changed across time and space. As dramatized in the 2002 film, “Gangs of New York,” the Irish were once considered a minority with little social or political status. Now, being Irish in America is considered part of the general majority group, white or Caucasian. Noting the change from the biological to the sociopolitical understanding, we refer to race as “a largely social—yet powerful— construction of human difference that has been used to classify human beings into separate value-based categories” (Orbe and Harris 9).

For additional information check out this website. The website “look[s] through the eyes of history, science, and lived experience, the RACE Project explains differences among people and reveals the reality – and unreality – of race.” 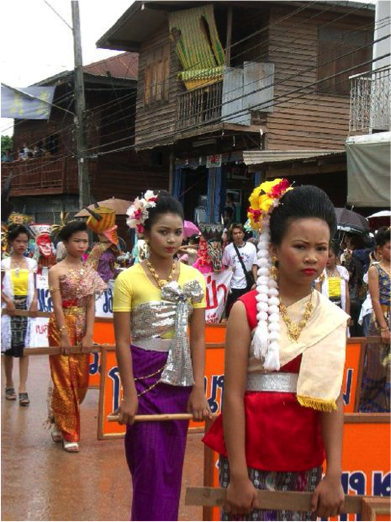 Related to race are three other distinct concepts: racial prejudice, racial discrimination, and racism. Racial prejudice refers to the practice of holding false or negative beliefs of one racial group for the purpose of making another racial group (usually one’s own) appear superior or normative. Racial discrimination is the outward manifestation of racial prejudice: it is when people act upon their negative beliefs about other races when communicating or setting policy. Note, it is possible to be prejudiced without acting upon those beliefs and that all races can discriminate against other races. The final concept, racism, combines racial prejudice with social power. Racism is institutional, rather than individual, meaning it occurs in large institutional contexts such as the representations of particular groups within media or the fact that racial minorities do not have equal access to educational or legal opportunities (Orbe and Harris 10). Racism often involves the unequal accessibility to resources and power.

Where Do You Come From?

Two other concepts that are often confused with race are ethnicity and nationality. Ethnicity refers to a person’s or people’s heritage and history, and involves shared cultural traditions and beliefs. A person may identify as Asian-American racially while their ethnicity is Chinese. Nationality refers to a people’s nation-state of residence or where they hold citizenship. Most often nationality is derived from the country where one was born, but on occasion people give up their citizenship by birth and migrate to a new country where they claim national identity. For example, an individual could have been born and raised in another country but once they migrate to the United States and have American citizenship, their nationality becomes American.

Are you male or female? Do you identify as heterosexual, gay, lesbian, bi-sexual, or transgendered? One’s gender and sexual orientation are two additional ways to think about culture. Gender is discussed in more detail in Chapter 13, but for now think of it as the recognition that one is male, female, or androgynous. Gender is part of culture in that every society has particular gender roles and expectations for males and females. For example, in the United States, it is considered normal for the female gender to wear makeup, while it is often considered inappropriate for a male to do so. However, in some Native American tribes it was customary for the males to adorn themselves with paint for hunting and ceremonial rituals. 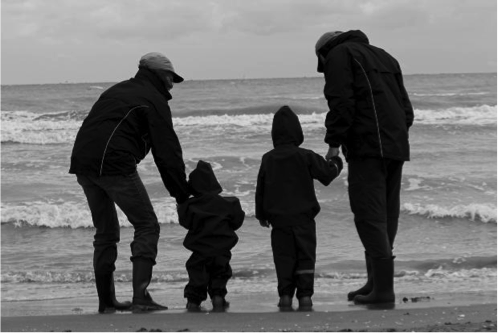 Sexual orientation refers to a person’s preference for sexual or romantic relationships; one may prefer a partner of the same sex, the opposite sex, or both. Sexual orientation influences one’s worldview or politics because while all societies include members who identify as gay or lesbian, these members do not always receive the same social or health benefits as heterosexual couples. However, this is changing. As of 2015, the Supreme Court of the Unites States made gay marriage legal in all 50 states. On top of these specific benefits, those with a nondominant sexual orientation might still have to contend on a daily basis that some people think they are deviant or somehow less than heterosexual people and couples. This may result in strained family relationships or discrimination in the workplace.

The Role of Money

You are probably familiar with the concept of class—what do the labels working class, middle-class, and upper-class bring to mind? Money? Economic standing is only one variable that influences class or socioeconomic standing. As the label suggests, one’s socioeconomic status is influenced by monetary and social factors. In essence, socioeconomic standing is “your understanding of the world and where you fit in; it’s composed of ideas, behaviors, attitudes, values, and language; class is how you think, feel, act, look, dress, talk, move, walk” (Langston 101). For example, in some middle class families children are expected to go to college just as their parents and grandparents had done. It may also be expected for the children to attend reasonably priced state colleges and universities as opposed to Ivy League Universities, which may be the norm in many upper-class families.

By now you are probably able to think of some other identity markers that shape a person’s culture or worldview. How about spirituality or religion, profession, hobbies, political persuasion, age, abilities? These too are aspects of cultural identity. Spend some time thinking about how these aspects would influence a person’s culture as we have done above.

We may often feel restrained by the constant need to work. We live in a money-centric society where every move we make involves thinking about the monetary gains or losses it will produce. Read Bruce E. Levine’s article on this phenomena. How America’s Obsession With Money Deadens Us

After reading the article, do you believe that we have become more money-centric? Why?